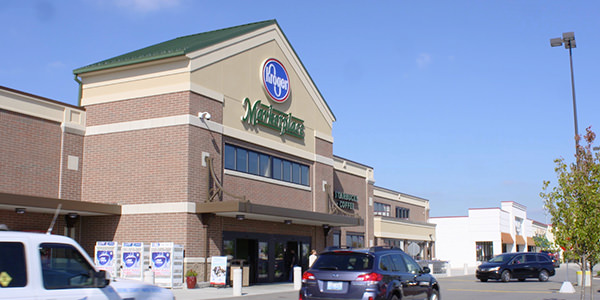 Kroger Co. is drawing controversy with a plan to move away from relying on “category captains,” such as Anheuser-Busch InBev and Diageo, to guide how wine, liquor, and beer are organized in stores. Instead, alcohol companies will be asked to pay a privately held distributor to make those shelf decisions.

The grocer wants to reset shelves on a more regular basis than the once or twice a year it currently does to better capitalize on hot items and trends. More consistency in resets across stores is also desired.

The plan has to be approved by the Alcohol and Tobacco Tax and Trade Bureau as well as state laws.

According to The Wall Street Journal, the major manufacturers, who previously funded their own analysis, as well as smaller vendors are balking at paying quarterly fees. Trade associations representing liquor, wine and beer and several alcohol-distributor groups united in sending letters to federal regulators last month arguing that such payments violates laws designed to prevent alcohol products from being over-aggressively promoted.

A surprise is that smaller vendors appear to be supporting the “category captain” system despite complaints that larger companies give better placement to their own brands over competitors. Captains also select point-of-sale marketing and, in some cases, retail prices.

Paul Gatza, director of the Brewers Association, which represents craft brewers, called Kroger’s proposal a “pay-to-play” system. If Kroger’s proposal is approved, “What stops every other grocer from doing the same thing? Then it costs a lot of money to get on the shelves.”

Kroger insisted that payments would be voluntary to cover the estimated $12 million in annual costs being paid to the privately-held distributor, Southern Wine & Spirits.

Keith Dailey, Kroger’s spokesman, added that assortments would benefit from “unbiased plans that are customer- and data-driven,” citing a successful similar shift in its dry goods department more than four years ago.

Please practice The RetailWire Golden Rule when submitting your comments.
Braintrust
"Category captains probably make the task of space management easier and more cost-efficient for both the retailers and smaller vendors who don’t have the internal resources. But I always thought the model was a case of the fox guarding the henhouse."

"Cynical minds, tempered by years of retail reality will likely agree with me that this is much more about $$$$ than smart merchandising. In many states what Kroger is proposing is arguably illegal."

Category captains probably make the task of space management easier and more cost-efficient for both the retailers and smaller vendors who don’t have the internal resources. But I always thought the model was a case of the fox guarding the henhouse. Certainly InBev (for example) will have its own best interest at heart, no matter how much the retailers look over the captains’ shoulders.

If Kroger is prepared to take over the cost and task management (including more frequent product resets), the change ought to be beneficial to the consumer and ultimately Kroger’s market share.

There are two issues in play. The first is who is going to decide issues such as space allocation and second is who is going to pay for all the work shelf-planning efforts. Kroger certainly has the right to decide what goes where. The question is where the data is going to come from to make those decisions — the brewers or a independent third party. The real rub seems to be who is going to pay for it. If Kroger determined that it was going to absorb the entire cost, I am not sure the story would be getting the attention it is. By asking the brewers to voluntarily pay for it, the company opened itself up to what seems like united opposition to the idea. The role of category captains is shifting. Companies that lack the resources or are unwilling to pay for them will continue to use them. However, I expect to see more companies either internalize the functionality or outsource to a third party. How fast this will occur will depend on… Read more »
0
|
0
-   Share

Category captains are a necessary evil in the way we’ve perverted the concept of category management. That said, anyone showing up with good data (as opposed to bad research) that says they have a better way usually gets listened to. If I were Kroger, I’d watch how the third party behaves — not sure they will end up being as independent as Kroger would like them to be.

I can see why Kroger is shifting to this process in order to be more flexible and adapt to customer trends and expectations. However, in today’s world of enabling technologies it seems that the IoT of connected devices (RFID, Wi-Fi, etc.) could play a significant role in addressing customer and data-driven marketing and merchandising solutions. This technology could also drive a usage business model as opposed to a traditional subscription and/or periodic model.

This is a true double-edged sword on a two-way street. I can understand Kroger’s wish to be more flexible and responsive. I can understand the beverage companies’ opposition. First, there is the concern from the cost perspective about paying for third-party decisions about products (although we know that data can be manipulated). Second, although Kroger has a right to arrange things the way it feels best, I’d be awfully nervous as a manufacturer/distributor as to how my products were displayed and treated by a third party.

And, while I feel for the manufacturers (who already carry so much weight), I think their argument to regulators (over this new suggestion about captains) “that they fear their products will be over-promoted” is pretty disingenuous.

Kroger is now going to use its substantial clout to get companies to pay to play, and they are in the league of the 800 lb. gorilla, that can get what they want. “Follow the money” and you will find the winner of the shelf space wars, and whether or not the beer & wine vendors like it doesn’t matter, as Kroger will have the upper hand. We do all of our resets ourselves, and avoid the problem of the wine distributors all having to be here to meet the law requirement of a reset. How dumb is that?

When I used to carry Coke and Pepsi years ago, this battle for space and extra displays for weekends and ads just got out of hand, and that is the main reason I chose not to deal with them, as the price gouging vs. the Big Box stores was insane. I’ll stick to running my perishable departments, where I control how things get done.

Cynical minds, tempered by years of retail reality will likely agree with me that this is much more about $$$$ than smart merchandising. In many states what Kroger is proposing is arguably illegal. If Kroger does gain even limited approval, it will be interesting to see how the money flows between manufacturer, distributor and retailer, aka the control substance retail ecosystem.

I am betting that Kroger thinks they have found a way to get a bigger slice of the pie under the auspices of leveraging their shopper data as a means to decide slotting fees, winners, and losers, and who can blame them for trying?

Braintrust
"Category captains probably make the task of space management easier and more cost-efficient for both the retailers and smaller vendors who don’t have the internal resources. But I always thought the model was a case of the fox guarding the henhouse."

"Cynical minds, tempered by years of retail reality will likely agree with me that this is much more about $$$$ than smart merchandising. In many states what Kroger is proposing is arguably illegal."