NRF 2021: How are Lowe’s and Wayfair defining operational excellence? 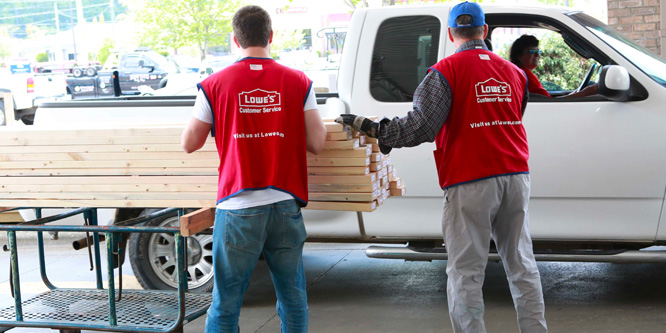 In separate virtual sessions last week at the 2021 NRF Big Show, Marvin Ellison, CEO of Lowe’s and Wayfair co-founder and CEO Niraj Shah shared perspectives on how each of the businesses’ operations have set them up for success.

Mr. Ellison described some core elements critical to a strong retail foundation as he discussed the moves he made upon joining Lowe’s to boost the home improvement chain’s fundamentals and transform its digital operations.

Digitally-native brands face their own set of operational challenges, which Mr. Shah addressed in discussing the success of Wayfair, an e-tailer which has grown from a $1.1 billion dollar business to $14 billion in just six years.

Mr. Shah attributes not just Wayfair’s success as a whole, but its ability to weather the pandemic, to achieving this versatility.

“All the things that you do to try to make yourself a world class organization — it pays off because they then can handle the unknowns in addition to also being great at handling the knowns,” he said. “If you try to catch up once you fall behind it’s too late in a crisis. You don’t have time.”

DISCUSSION QUESTIONS: What do you see as the biggest impediments to operational excellence throughout retailing today? Do you agree with Niraj Shah’s that well-roundedness in different operational areas is rewarded and that the operational things retailers aren’t great at will always be limiting factors?

Please practice The RetailWire Golden Rule when submitting your comments.
Braintrust
"A multiplicity of factors have to work in parallel in order to result in operational excellence. "

"As consumers nested and improved their surroundings, these stores were clear winners while many specialty stores and independents struggled."

8 Comments on "NRF 2021: How are Lowe’s and Wayfair defining operational excellence?"

Marvin Ellison and his team have made a lot of improvements to Lowe’s since their arrival, including to basics like stock systems and website functionality. These were paying dividends before the pandemic, but they were particularly important in allowing Lowe’s to manage a massive spike in demand over the past year. If Ellison hadn’t created this solid foundation, Lowe’s would have struggled.

In operational terms, Wayfair is a very solid and it deserves a lot of credit for managing a massive influx of orders during the pandemic. However the underlying financial model of Wayfair still has a lot to prove. Outside of the pandemic it made huge loses and it needs to demonstrate that the recent profits can be sustained.

The answer is: a multiplicity of factors have to work in parallel in order to result in operational excellence. One of the biggest impediments until a few years ago, has been how retail managers interact with their employees. As a rule, a happy employee is a public relations executive for the company and making sure that a retail company’s employees have good reason to be happy in their work environment is a critical responsibility of management.

From day one and Sam’s first store, the difference between Walmart and every other retailer was operational excellence. Today the only other retailer that is as operationally as efficient as Walmart is Amazon. Even with the progress Target has made they are still lengths behind the two leaders.

What impedes operational excellence is not taking time to step back and reflect on the big picture. How nimbly does the company adapt to consumer and competitive trends?

Retail is and always has always been about managing the different elements of the business efficiently and productively. One area of weakness will result in poor performance in total. One of the biggest problems still for retailers is the siloed nature of their business, the structure that almost sets one department against another. If a retailer is not truly connected and working together then they will be sub optimal and less successful than they could be. Supply chain or logistics not being included in planning of promotions, new line launches, etc. is a perfect example of how different silos may do a great job in their own area but will fail if they are not connected. If this is then applied to a multi-channel operation it becomes even more critical.

At the heart of any business and technology transformation is an excellent foundation for advanced infrastructure, processes, and organizational structures to support the initiatives. It’s commendable to see how Marvin Ellison and his leadership team have driven such impressive business improvements at Lowe’s. By having one view of the customer and a very disciplined approach to inventory management, Lowe’s is well-positioned for growth throughout 2021.

It will be critical for companies such as Lowe’s and Wayfair to continue to drive innovations, as the trends throughout 2021 will be centered around the following digital acceleration:

Firstly, both Lowe’s and Wayfair benefited exponentially as the world went into lockdown during COVID-19. As consumers nested and improved their surroundings, these stores were clear winners while many specialty stores and independents struggled.

Moving forward, as societies enter back into socialization as the pandemic fades, every retailer must continue to be caring and empathetic not only to their customers but to the world as a whole. Retailers must hyper-personalize their offering to their customers or risk losing them to the next great brand.

A well-rounded company is obviously a good thing. However a specialized company that provides products in a more personalized manner, in-store or online, will always be a leader in its industry.

I fully agree that operations are the foundation. In essence, operating activities are what distinguishes one retail chain from another. It creates added value for the client. For the goods to be bought, they need to be brought from the warehouse, laid out on the shelves, placed on the correct price tags and quickly served to the customer at the checkout. These are all operational activities. It is necessary to describe the quality standards for performing operations and regularly monitor their implementation for its perfection. This is usually hindered by the fact that it is complicated and time-consuming to do it manually. And the solution is simple – to implement an IT system that would automate and make transparent the process of quality control of operational activities.

Braintrust
"A multiplicity of factors have to work in parallel in order to result in operational excellence. "

"As consumers nested and improved their surroundings, these stores were clear winners while many specialty stores and independents struggled."