Patagonia to donate all Black Friday profits to green groups 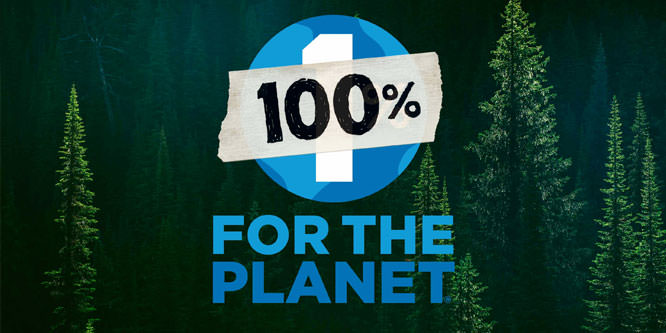 Patagonia, the outdoors clothing and gear retailer, is looking to do-good its way to a stellar Christmas selling season. The retailer has announced that it will donate 100 percent of the profits it makes from Black Friday sales in its stores and website to environmental groups.

CEO Rose Marcario wrote on the company’s blog that Patagonia will distribute the day’s profits to “grassroots organizations working in local communities to protect our air, water and soil for future generations. These are small groups, often underfunded and under the radar, who work on the front lines. The support we can give is more important now than ever.”

Patagonia is working with the non-profit 1% for the Planet to distribute the funds to the environmental groups. Patagonia has dedicated one percent of its sales to environmental causes to the tune of $74 million to date.

In the blog, Ms. Marcario wrote of the need for all those who treasure clean air and water to get involved during what has become “a difficult and divisive time.” She wrote that Patagonia offers proof “that caring for our planet is not in conflict with running a successful business.”

Earlier this month, Patagonia closed its business on Election Day while encouraging its workers to vote for candidates that support environmental issues.

Patagonia rival REI has garnered some headlines with its decision to remain closed on Thanksgiving and Black Friday and for giving its workers the day off with pay. The decision is part of REI’s #OptOutside campaign that encourages everyone to step away from their shopping carts and have fun with family and friends outdoors.

DISCUSSION QUESTIONS: Will Patagonia’s decision to donate 100 percent of its profits from sales made on Black Friday to environmental groups prove a wise investment? Do you see programs in a similar vein to those being run by Patagonia and REI as something that will catch on across retailing or will it remain confined to those serving particular market niches?

Please practice The RetailWire Golden Rule when submitting your comments.
Braintrust
"Another very brand-right move founded in anti-overconsumption as well as in environmentalism."

"By making a statement Patagonia and REI are striking a blow for common sense at a time when it seems like the latest endangered species."

"As a Native American and a citizen of this planet, I’m with them."

When we have a President-Elect who does not believe in global warming nor any of the world’s most serous scientists, Patagonia should be supported by all for their efforts here. It will prove to be a worthwhile initiative both for the planet and for Patagonia’s bottom line. I will make sure I shop there because of this and hopefully their loyal customers will as well.

During these terrifying times (sorry … that’s how I see it) I think it’s great for corporations to step up and support those who our new government would otherwise starve — environmental groups.

The country is bifurcating in sad and unfortunate ways and many battles loom. I see different corporations taking different sides in those battles. Kudos to Patagonia for taking a side early. I’ve made a calendar entry to make sure to buy something from them on Friday, and the company is not a usual go-to for me.

You may not all agree with me and that’s fine. I’ve just chosen my side, and I’m with them.

Thank you for your candor, Paula. Recent events have brought out the activist in many of us who vowed to keep our professional and political lives separate. When politics begin to interfere not only with business, but also with civil liberties and age-old treaties it becomes harder to be subtle about who we are and where we stand. As a Native American and a citizen of this planet, I’m with them.

Patagonia makes expensive, albeit quality, clothing. Rather than put items on sale and detract from the brand’s core story, management has decided to reinforce Patagonia’s story by donating to green groups. This will resonate with consumers and help them feel good about purchasing Patagonia products.

Patagonia should write a thank you card to Jerry Stritzke of REI that would go something like this: “Thanks for the spark, Jerry.” Regardless, another very brand-right move founded in anti-overconsumption as well as in environmentalism.

It depends upon how one defines investment. Financially, increased sales probably won’t offset lost profits. And even some of Patagonia’s customers don’t care about the bigger environmental picture (I know these types of people). But it’s the right thing to do and private companies and non-profit groups are now the only thing standing in the way of more rapid environmental degradation.

These programs are not appropriate for all retailers. However, these programs run by Patagonia and REI connect well with their target market. Retailers need to know what their brand stands for and how their consumers connect with the brand, and develop programs that further solidify that relationship.

Wrong question. It isn’t an “investment” in the classic sense, it is an exercise in brand building, free advertising and solid marketing. These are — as many have already noted — troubled times, especially for those concerned with the environment and climate change. By making a statement Patagonia and REI are striking a blow for common sense at a time when it seems like the latest endangered species. Both companies understand that at crisis points in history customers buy on the basis of values as much, or more, than on the basis of value. Smart marketing.

I hope other brands will step up and join Patagonia. The American democratic system has spoken but that doesn’t mean those of us who don’t agree with the outcome can’t continue to make our voices heard. I trust other corporations with a moral compass will replace the apparent void of environmental responsibility and conscience that comes with our President-Elect. I have always enjoyed the Patagonia brand and I applaud their decision. This is one of those instances where value isn’t defined in a spreadsheet but rather in the voice of a brand community.

Giving profits away is like eating sugar. It feels good in the moment but on deeper examination it raises all kinds of questions about the real impact. From a business standpoint it is a PR tactic to generate awareness and brand equity. Investors could rightly see it as another way of volunteering to pay a carbon tax. Consumers will pay the price for a quality product that includes some minimal feel-good environmental contribution, but I suspect that many would opt for a lower price at the cash register if they had the option to opt out of making the contribution.

The move by Patagonia reinforces its strong brand image and is in sync with its mission statement to “build the best product, cause no unnecessary harm, use business to inspire and implement solutions to the environmental crisis.”

As much as I personally admire the company, I don’t see this sort of program catching on across retailing. The philosophy and worldviews of companies like Patagonia and REI are not widespread in the industry and are born out of their unique respect for the environment.

At its core, Patagonia is an authentic, do-good company. This Black Friday initiative is just one more great example of how the brand lives by its values and knows how to do the right thing. Others would be wise to take note of how it is possible to be decisively values-driven and still highly successful in the competitive retail sector. Consumers reward brands with a strong social and/or environmental mission and my bet is this will pay off tenfold for Patagonia in customer goodwill.

Braintrust
"Another very brand-right move founded in anti-overconsumption as well as in environmentalism."

"By making a statement Patagonia and REI are striking a blow for common sense at a time when it seems like the latest endangered species."

"As a Native American and a citizen of this planet, I’m with them."