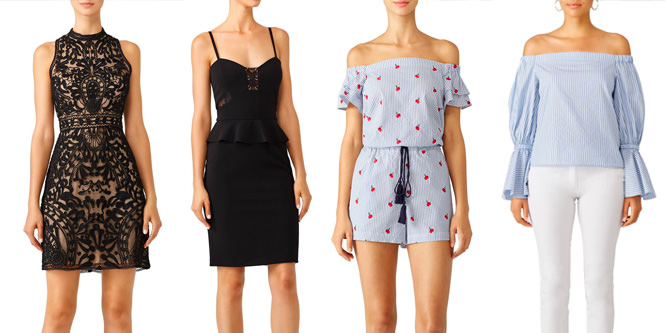 Rent the Runway, the subscription service that allows women to rent high-end designer fashions, is adding a new, more affordable monthly option intended to make its service accessible to the masses.

Jenn Hyman, co-founder and CEO of Rent the Runway, said the company expects to significantly build its subscriber base, currently around eight million users, with its new $89 a month “RTR Update” offer. The program allows members to rent and return four items per month.

“We think it opens up tens of millions of additional users because our original unlimited subscription is above $100 a month, which had limited us to household incomes of $100,000 a year plus,” she said on CNBC’s “Squawk Box” program. “We think this brings it down to $75,000 a year household incomes.”

The new program gives members access to a curated set of brands, including Joie, Mara Hoffman, Opening Ceremony, The Kooples, Tibi, Tory Burch, Vince and more. RTR Update focuses on everyday fashions and does not include formal dresses and gowns included in the company’s “RTR Unlimited” subscription.

Rent the Runway has raised the price of its Unlimited service to $159 a month from $139. This subscription allows members unlimited rentals with access to four items at a time from more than 500 designers throughout the month.

Ms. Hyman sees Americans turning to a “closetless” future in which consumers own fewer pieces of clothing. Data from Casandra, as reported by The Washington Post, shows that younger consumers are open to sharing clothes with others. Sixty-two percent of Millennials and 57 percent of teenagers would like brands to offer more ways to rent items.

“Social media has created an atmosphere in which, yeah, you could wear the same thing twice, but you’d rather not if you can avoid it,” said Rachel Saunders, strategy director at research firm Cassandra, told the Post. “So how do you do that without spending a fortune? It’s all contributed to this idea that it’s okay to share clothes with strangers.”

DISCUSSION QUESTION: How likely is Rent the Runway to significantly increase its customer base with its new RTR Update subscription offer? Do you see a future scenario in which consumers own fewer pieces of clothing and other goods, preferring instead to use services such as Rent the Runway?

Please practice The RetailWire Golden Rule when submitting your comments.
Braintrust
"I absolutely see rentals as critical to the future of retail."

"In our image-is-everything Instagram universe, clothing as a service works very well with the fashion couture categories."

"It’s not as important to own those items as it is to be seen in them and RTR may be facilitating that desire!"

Dropping price will undoubtedly attract more customers, but how many more will be the question — I’m not convinced it will be a significant increase. While I do agree that Millennials are likely more open to clothe sharing/renting, I don’t think this will become a mega-trend where clothing is a service.

I absolutely see rentals as critical to the future of retail. Trends are shifting faster than ever, budgets are limited, and no one wants to repeat their #OOTD. People will always want to own apparel basics and wardrobe staples. But seasonal and trendier items are better off rented since their fashion lifespan is limited anyway.

So true Meaghan! Rentals and a subscription-based model are absolutely critical to the future of retail. Especially as the fashion and social sharing worlds are so intertwined. Everything is disposable and apparently nobody wants to repeat the same outfit.

Rent The Runway is well positioned to dominate the fashion rental market.

Great idea for so many young women. RTR has really improved their “fit” comments area, which, to me, is the Holy Grail. Starting with everyday wardrobe options is a great lead-in to future orders for the fancier dresses. Jenn Hyman and her partner are smartly listening to what their next generation of customers find valuable.

This move by Rent the Runway certainly will increase their reach, and increase their monthly subscription levels. Considering how price sensitivity plays a critical role in the consumer decision-making process, offering a tiered subscription model will resonate very positively in a shared economy.

In our image-is-everything Instagram universe, clothing as a service works very well with the fashion couture categories. This new model works for a specific socioeconomic, mostly cosmopolitan, Millennial segment and not the broader consumer base. While the pricing tiers offer additional choices, the core customer base remains the same.

I must admit, I do love the concept. I used to be so into clothes and hated to wear the same thing twice. It would have saved me money had I been able to rent new clothes every month. I just see so many issues here though. How long can the fabric withstand heavy duty cleaning? And then there’s the “oh no, I have to give my favorite little black dress up,” but that’s not the question here. Will the reduction in pricing attract more customers? Yes, very likely. Will the concept be sustainable and result in fewer pieces of clothing in our closets? If they do it right they have a shot at growing market share. How much? I’m thinking this market may be smaller than they expect. Not everyone wants to share clothing or cares how often they wear each piece. And that’s my 2 cents.

There is a market for almost everything. I don’t see this as a huge win, but I can see it for a select group of customers who think this is an affordable way to have access to many more clothes they could purchase. The problems: will Rent The Runway have what I want and will the customer have issues wearing clothes worn by other people? What happens if you spill something or, worst yet, what happens when you get the outfit with the stain they forgot to remove? So there will be issues. Overall, I see apparel having significant changes over the next few years with less ready-to-wear clothing off the rack and more custom clothing created in just hours due to technology. We want our clothes to fit perfectly and renting clothes may not give us that opportunity. So this is not a business I see with long-term success or huge profits but, for now, it will serve a purpose for those who like the concept.

I understand the allure of Rent the Runway for special occasions, but doubt the need of “tens of millions” to rent four clothing items per month … unless people have way more glamorous jobs than I think they have.

Rentals will be critical to growth in several categories, fashion being one of the most logical candidates. Late Millennials and Gen Zers don’t have the same ownership fetish Boomers, Gen Xers and even older Millennials share — hence Uber instead of car ownership, etc. Also, fashion conscious shoppers want access to the newest styles and may not be interested in building up closets of clothes that are out of style or no longer fit over time.

While I think these two trends will inform the growth of at least parts of the fashion industry in a fairly significant way, the questions are: is more than $1,000 a year for rental access still too high to create a mass movement? And, does Rent the Runway benefit from prime mover advantage or will some better financed competitor come in and sweep the market once RTR has done all the pioneering work?

The future of commerce across the globe is EaaS: “Everything as a Service.” Software, cars, mobile phones and now apparel are very attractive to all consumers — not just Millennials — when you don’t have to invest chunks of money to use expensive goods. This is the future. And product ownership is on the decline. Period.

Apparel staples and basics are one thing, but this is about fashion — not your everyday accessories or clothing. Fashion is aspirational, and for many people is priced outside of reach to outright own very many pieces. By creating a lower priced tier, RTR is gaining access to a larger market of users. How many is still uncertain, but, if RTR can follow up this pricing with a campaign about fashion becoming more accessible and making great, unique fashions more accessible to everyone, they just might encourage a larger new class of buyer to sign up!

I see this model as very innovative and attracting more people to “high fashion.” Given our Instagram-laden world, more and more consumers just want to be part of a trend and wear an item a few times before moving to the next trend. It’s not as important to own those items as it is to be seen in them and RTR may be facilitating that desire!

Just as when shopping online for clothes with one’s favorite retailer, conversion — i.e., getting the fit, look and feel to match the shopper’s preferences — will make or break the business model over time. It’s risky business for a shopper to rent an item for an occasion only to find out it fits, looks and feels awful on her body — #bad customer experience.

I understand the concept for very expensive/special pieces but for every day? Isn’t there some comfort in owning at least your clothes? For me it will remain a niche, something you use for a special occasion.

It’s too early to determine if this is a broadly adopted trend, but it’s definitely an attractive proposition for a slice of the population. I can corroborate the Washington Post story with what an RTR store manager told me, that there are many customers who come into the store three times a week, and a few that have multiple subscriptions, essentially replacing their entire wardrobe.

Personally, I see it taking hold more broadly in handbags and accessories than ready-to-wear. But even in this scenario, the implications of an “owned wardrobe” focused on core items, surrounded by “BaaS” (Bling-as-a-Service) are massive. That’s a lot of spend (and a lot of margin dollars) potentially shifting away from retail. I would also note the importance of the RTR “store” as a piece of the equation, especially in densely-populated urban areas.

Braintrust
"I absolutely see rentals as critical to the future of retail."

"In our image-is-everything Instagram universe, clothing as a service works very well with the fashion couture categories."

"It’s not as important to own those items as it is to be seen in them and RTR may be facilitating that desire!"