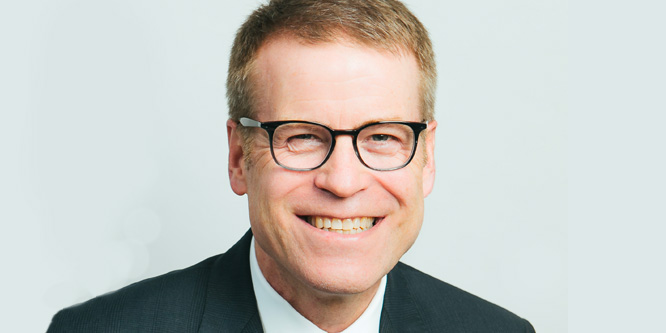 The retail industry has begun reacting to the news that Blake Nordstrom, co-president of the department store chain that bears his family name, has died.

The passing of Mr. Nordstrom, 58, comes as a surprise after he announced in a letter to employees last month that he and his doctors were “optimistic and encouraged” about his prospects following a lymphoma diagnosis.

Mr. Nordstrom, who shared the title of co-president with his brothers, Peter and Erik, ran the company’s Nordstrom Rack business while handling functions that typically come with a CEO title. He was a member of the fourth generation of the Nordstrom family to run the company.

Neil Saunders, managing director of GlobalData Retail and a member of the RetailWire BrainTrust, told The Seattle Times that Mr. Nordstrom exemplified the retailer’s historic approach to managing the business.

“He was one of the greats of the industry, and it’s sad to see him go at such a young age,” said Steve Sadove, former CEO of Saks Inc, told The Wall Street Journal. “We competed but we were also friends. Blake and the whole Nordstrom family really took the long view and tried to do what was right for the consumer.”

“In retail, we have been blessed with thoughtful visionaries. They impact all of those who are touched by the industry — whether through employment, through giving back to communities they serve or through a personal and heartfelt belief that leadership is not a right, but an opportunity to make a positive and lasting impact for current and future generations of those that follow,” said Matthew Shay, president and CEO of the National Retail Federation, in a statement. “Blake Nordstrom embodied that commitment.”

Please practice The RetailWire Golden Rule when submitting your comments.
Braintrust
"As a family firm, in both the literal and metaphorical sense, Nordstrom will feel his loss. "

"I will remember Blake walking the store, always with a smile on his face."

10 Comments on "Retail industry mourns the loss of Blake Nordstrom"

This is such sad news. Blake Nordstrom was a great retailer and businessman and a decent and kind person too. As a family firm, in both the literal and metaphorical sense, Nordstrom will feel his loss. Sympathies to his family, friends, and colleagues.

There is no doubt that Nordstrom will feel the loss of Blake who was instrumental in leading the company. However, because of his leadership and the drive of the Nordstrom family, the company will continue to succeed. When leaders provide their vision clearly as the Nordstrom family has done through the decades, the company can continue to go in their direction. Look at the accomplishments of Tim Cook following the death of Steve Jobs. Jobs instilled his way of thinking into the Apple culture just as Blake has infused his in Nordstrom. Like Apple, Nordstrom will continue to survive and most likely thrive.

This is truly a great loss, to the Nordstrom family, the Nordstrom business, and to the retail industry. He will be missed. While Nordstrom, the retailer, will no doubt continue on and continue to be successful thanks to Blake Nordstrom’s leadership, I am sure they will feel his loss greatly, although the co-president structure may ease the transition. Nordstrom has always had a very specific feel for its customers and that will certainly not change. My deepest condolences to their entire family.

My thoughts and prayers are with the Nordstrom family today.

Blake Nordstrom was an incredible visionary. It has been said that a visionary is a person who sees a road in the forest where there is no road. Thereafter, the visionary builds the road of opportunity for others to follow. Blake Nordstrom was that visionary for the company and the entire retail world. He will be missed.

It is rare to see this type of co-leadership at the top level and to see it have such great success. That says a lot about the Nordstrom family, their values and their goals for the brand. Blake will be missed and the brand will continue to reflect him and his contribution because who Nordstom is. For my 2 cents.

I will remember Blake walking the store, always with a smile on his face. Hearing the news yesterday was a shock. I know for certain many, many current and past Nordstrom employees, vendors and manufacturers are thinking of Blake today. It was just yesterday it seems when the “boys” came in to take the reins of leadership from their dads. Nordstrom over time always reinvents itself. Management will handle the transition with care and the Nordstrom spirit.

Commitment to outstanding service to customers, communities and employees will be one of Blake Nordstrom’s legacies.

Blake Nordstrom, like the rest of his family and the company, have set standards around prioritizing the customer that endure and allow the business to succeed, (sadly now) even with his passing. rDialogue was privileged to work with Nordstrom on the development of Fashion Rewards and we saw firsthand “the Nordstrom way.”

Nordstrom has made retail a better experience for millions of customers for well over a century and we should all take time to remember what Blake and his family have done, and of course extend our condolences. His memory will indeed be a blessing.

Certainly Nordstrom helped redefine upscale retail over the past three decades, and while I don’t know enough to single anyone out, I would have to think Blake was an integral part of the success (it’s also unusual — or at least often not the case — that a family business can do well with potentially rival siblings in charge, so extra points for that).

But regardless, certainly sad … my condolences.

Braintrust
"As a family firm, in both the literal and metaphorical sense, Nordstrom will feel his loss. "

"I will remember Blake walking the store, always with a smile on his face."