Seven ways Gen Z is different that don’t include tech 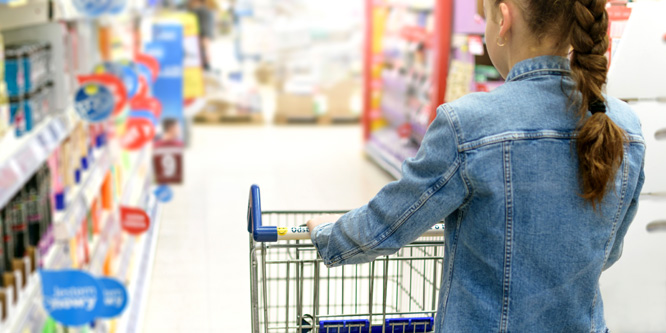 Through a special arrangement, what follows is a summary of an article from COLLOQUY, provider of loyalty-marketing publishing, education and research since 1990. This article was originally posted on Forbes.

Members of Generation Z are frequently identified as the first digital natives. But there is more to this financially sensitive, ethnically diverse group than mobile devices and Instagram. Here are seven descriptors for the generation that do not include “digital.”

DISCUSSION QUESTIONS: What aspects of Gen Z shopper behavior may marketers be missing with the spotlight largely aimed at their digital savviness? Of the traits mentioned, which demand the greatest adjustments from retailers?

Please practice The RetailWire Golden Rule when submitting your comments.
Braintrust
"I think marketers need to analyze their target audience and determine where they need to adapt — quickly."

"Digital savviness, over the brief time Gen Z’ers have been alive, has set the stage for new ways of doing things in the physical world."

"Mall-agnostic? Generation Z is sadly not shopping at malls for one reason, they can’t possible carry the in-store inventory that is available online."

Being bargain hunters points to differences in the path to purchase, perception of value, fulfillment options and other aspects that retailers are wrestling with. Selling will increasingly be based on explaining the total value proposition and the positioning of a purpose as a good investment. There is a characteristic not listed and that is the degree to which Gen Z align their identity with what they buy. This alignment with brand attributes will be the great challenge to brands.

Great points Lyle, the only thing I would add is that they love originality and supporting a great cause. Brands and retailers that tap into social media to share their unique offering in a creative way will continue to score big with Gen Z.

It has become increasingly challenging to generalize what differentiates Generation Z from the Millennials in broad strokes. While perhaps the Gen Z members’ social, economic and global consciousness is relatively higher compared to other generations, there simply aren’t enough unique characteristics to separate them fully from the Millennials’ digital-first mindset.

The onset of technology and the digital revolution has impacted how all generations view, understand and relate to the world of commerce, social, economics and government affairs. More information, insights and knowledge are at our fingertips, so that all generations expect a higher degree of social responsibility from corporations, especially considering the impact it may have on the world.

There has also been a positive outcome that has come out of the Millennial and Gen Z view of the world, and it has extended to helping to change the perspectives of Generation X and Baby Boomers.

I would think that Bargain Hunters is the key characteristic. Why? Because for those retailers that don’t discount or only run one or two sales a year, this demographic group is going to be a challenge.

When I saw the headline, I was wondering what the study would find. To my surprise, I agree with just about every point they make. The two that stand out for me are Commute Averse and Mall Agnostic.

Commute averse doesn’t mean they don’t like to travel and experience. They do. They will hop on a plane and fly across the ocean sooner than they will travel an hour for work or 30 minutes to go shopping.

Mall agnostic is a relative term. Once upon a time shopping and going to the mall was entertainment. For these folks, their entertainment agenda is far away from the stroll through the mall or even actual shopping.

I’m not convinced that Gen Z shoppers are any more or less bargain-conscious than their older siblings, parents or grandparents. It’s the world we have lived in for a long time — not just post-recession or with the advent of m-commerce. It’s not by accident that Target, Walmart, Kmart, Kohl’s and others opened their doors in 1962 because it signaled a “search for value” that hasn’t let up.

I’m more focused on the two items on the list that will affect stores’ real estate strategies for years to come. If Gen Z shoppers are both mall-agnostic and commute-averse, this will benefit neighborhood retailers — or at least those retailers willing to rethink their traditional approaches to site selection. And of course, it benefits e-commerce retailers like Amazon who bring a different meaning to “localization.”

There are actually many similarities across demographics, even Baby Boomers regarding the trends in this article. For example, #3: Who doesn’t want a bargain? However, these trends are definitely intensifying in the Gen Z demographic.

I think marketers need to analyze their target audience and determine where they need to adapt — quickly. The reason is that Gen Zers tend to also behave like lemmings more than previous generations. The crowd/mob mentality has never been stronger because of the influence and ubiquity of social channel chatter. Marketers can capitalize upon that!

Mall-agnostic? Generation Z is sadly not shopping at malls for one reason, they can’t possible carry the in-store inventory that is available to us online. I actually went to the mall yesterday. I wanted to purchase sneakers. I came home with zero! However both Foot Locker and Champs placed orders from their online inventory to get me the two pairs of sneakers I wanted. So I ask, did I need to go to the mall? No! I could have stayed home and placed the online orders myself. How can stores compete with their online versions of themselves? I’m sorry, understandably they can’t. More and more brick-and-mortar stores will become a thing of the past. It’s really time to completely focus on your digital version of yourselves.

While digital must be a continued focus of retailers for Gen Z shoppers, it is table stakes for this digital native demographic. A lot of the Gen Z attributes mentioned above are common among all demographics.

Gen Z shoppers value time and convenience. To adapt to these values, retailers need to communicate concisely and reduce friction from the shopping and buying journey. This segment also has some of the highest expectations from retailers and aren’t tolerant of missteps. They expect retailers to cater to their needs and if they don’t feel appreciated, they won’t be loyal and will shop elsewhere. The focus should be keeping these customers happy — which is the same for all demographic segments.

Digital savviness, over the brief time Gen Z’ers have been alive, has set the stage for new ways of doing things in the physical world. A conundrum: which came first? Tech or Gen Z behavior? There are many influences in the world, but none as pervasive as technology. Smart marketers will adjust their thinking from marketing to understanding, over time, how technology will shape the hearts and minds of physical world experiences for Gen Z.

I would echo many of the comments here and repeat what I’ve often said: these studies fail to differentiate between generational and age-related differences (i.e. will people “grow out” of risk aversion? … as contrarian a concept as this sounds like in print). And some of these traits cited seem like a stretch: “vegan” may be more common, but if it’s still only 5-10% of the population, I would hesitate to label an entire generation as such.

All this having been said, I don’t question that there ARE differences between generations, so my concern would be if this rather observation-based categorization is the best way of defining them.

Some of these findings, from different surveys, are different because their basis is different. Ernst and Young, Morning Consult, Zillow, etc. We only see the top line “findings” here, but not the survey basis. Some of these numbers seem odd, while others obvious.

Perhaps most important here is how do these compare to Gen Y, Gen X, from the same surveys? Comparisons should be included with every survey that is quoted so that we have a firm understanding of each basis.

Overall, none of these seem to point to any particular marketing faux pas that is being missed. Perhaps my overall question is, what does not wanting to take on more debt, or be a saver, relate to how Gen Z is different that doesn’t include tech?

I’d love to hear more thoughts on how retailers should change for a more diverse generation, and which retailers are doing it right. My first thought was advertising — brands like Aerie who target young people and have inclusive ads and diverse models — but it would be great to get more thoughts about how product offerings and retail models should take this aspect of Gen Z into account.

This is a very interesting directional study about GenZ, a critically important generation for retailers to “get right.” However, to maximize activation of GenZ shoppers (as with any shopper cohort), marketers must develop highly personal engagement with GenZ’ers, which is built on five key pillars: planning, targeting, activation, measurement and optimization. The foundation for these pillars is highly detailed, current, high-quality data sets that allow the marketer to understand the motivations of each and every shopper. This is especially important given the diversity of GenZ shoppers. Even among the groups mentioned in the article, such as Hispanics, there are enormous disparities in shopping preferences, based on factors such as age, income and level of acculturation.

Braintrust
"I think marketers need to analyze their target audience and determine where they need to adapt — quickly."

"Digital savviness, over the brief time Gen Z’ers have been alive, has set the stage for new ways of doing things in the physical world."

"Mall-agnostic? Generation Z is sadly not shopping at malls for one reason, they can’t possible carry the in-store inventory that is available online."