Should browser data be opt-in only? 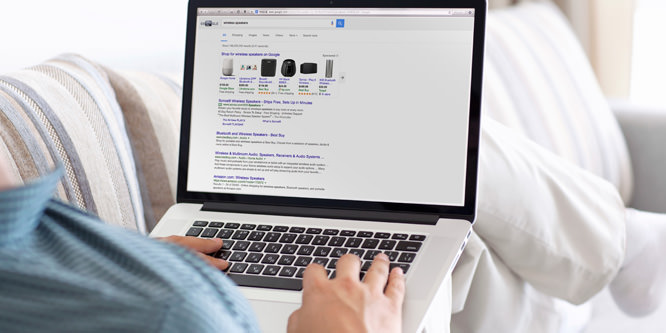 The Federal Communications Commission last week adopted new privacy rules requiring internet service providers to get consent from consumers before sharing sensitive personal information with third parties. This includes browsing history, mobile location data and information about apps usage. Service providers must also reveal to users what data is collected and why. The rules come after the agency’s move earlier this year to construct new privacy rules for broadband customers.

In a blog post, Joan Marsh, an AT&T SVP, said the FCC’s new approach is “illogical,” and “falls short of recognizing that consumers want their information protected based on the sensitivity of the information collected, not the entity collecting it.”

Mr. Marsh, like other critics, further argued that consumers will only be confused because they’ll still see ads based on their browsing history from Google, Amazon, Facebook and other internet giants not subject to the requirements.

While some critics argued that the new FTC guidelines should apply to all internet players, Google in early October urged the FTC not to make consumer opt-in requirements too restrictive.

“The FTC’s framework recognizes that while U.S. consumers consider healthcare or financial transactions, for example, to be sensitive information that should receive special protection, they do not have the same expectations when they shop or get a weather forecast online,” Google argued in filing that came in reaction to the FCC’s earlier moves to regulate the internet’s data.

Google argued that while it takes “strong measures” to avoid using sensitive data for targeting ads and other purposes, consumers benefit from responsible online advertising, individualized content and product improvements based on browsing history.

“The FCC should not attempt to draw a categorical distinction between web browsing information and other information — particularly where such a novel and untested approach would unnecessarily increase regulatory burdens on the internet.”

Consumer advocates welcomed the new guidelines. Said Dallas Harris, a policy fellow at Public Knowledge, an advocacy group pushing for privacy regulation, in a statement, “While much remains to be done to protect consumers online writ large, the commission’s rules establish a baseline level of protection for all.”

DISCUSSION QUESTIONS: Should browser history, mobile locations and other internet-driven data be opt-in only? Where should retailers stand on the issue?

Please practice The RetailWire Golden Rule when submitting your comments.
Braintrust
"Ultimately, merchants will not be hurt by this. They will adapt to work with what they have."

"As Google and others have argued, both consumers and marketers have benefited from responsible online marketing and individualized content."

"A great question would be to ask how many people actually read what an app is collecting or accessing on a smartphone."

11 Comments on "Should browser data be opt-in only?"

It’s not about should, it’s a balance between the wants and needs of consumers and businesses. Each has an interest in any engagement that ultimately comes down to an exchange of one thing of value for another. In days gone by, the primary value a consumer could offer was mostly a financial payment and maybe an address for catalog mail. Nowadays, consumers offer the potential for much more each time they engage a merchant. So given the almost universal desire for sellers and the technology companies intermediating for them to wring out every drip and drop they can from a consumer engagement, third-party regulation via the FTC has become necessary.

Ultimately, merchants will not be hurt by this. They will adapt to work with what they have.

Internet data should be opt-in only. Consumers are concerned about how much data is being gathered. Retailers can get in front of this issue or be dragged into accepting it. This ying and yang about how much data to gather and how it will be used will continue to play out, and eventually the U.S. will adopt a position that is closer to European privacy standards, standards that the major Internet companies oppose.

The data genie is out of the bottle and it will be very difficult to put it back. I believe that consumers, and particularly Millennials, have increasingly become desensitized to privacy concerns. Today, most people know their online activity is tracked and this browsing activity drives much of the ads we see as individuals. It’s not all evil. As Google and others have argued, both consumers and marketers have benefited from responsible online marketing and individualized content. While opt-in is always preferable, it’s not always practical or even reasonable.

If consumers want personalized data, they will opt in. I understand that companies want to track website visitations — that’s reasonable. We’re well aware that our internet histories are relatively public.

However, an app or company tracking individuals’ location is a huge infringement of privacy. As corporate interests become increasingly politicized, individual companies having the rights to track the movements of private citizens carries with it much larger (and more terrifying) implications. Personal data sharing has to be a choice.

“Google argued that while it takes ‘strong measures’ to avoid using sensitive data for targeting ads and other purposes, consumers benefit from responsible online advertising, individualized content and product improvements based on browsing history.” I take issue with this argument because in all cases Google cites here the stuff pushed to consumers is still unrequested and is still a guess at what their particular interests might be at that moment and on whatever paths to purchase they are on. This is why nearly 40 retailers this holiday are turning personalization on its head by switching to individualization. That means limiting the use of data sources like this to target consumers on what they want to pitch, and instead embedding forms at a SKU level to simply ask individuals to subscribe to product and content updates, with their permission to market to them post-visit on criteria they set, such as price drops, new product launches and back-in-stock availability. Many of these retailers are reducing their spend with Google and others in realizing that their “guesses” in… Read more »
1
|
0
-   Share

I am definitely in the opt-in only camp. If I want to then make a trade off for what the business or app offers OK, but in many cases consumers are not aware that their information is being tracked, to say nothing of what it is then being used for.

A great question would be to ask how many people actually read what an app is collecting or accessing on a smartphone. I have and have declined to sign up for apps that want information I have no idea why they would need.

One thing that mystifies me is that the supposedly most tech-savvy demographic group, the Millennials, are seemingly also the least concerned about privacy. Nevertheless, I think that retailers have always and will continue to operate productively and profitably with whatever regulations come from the government. Should data be opt-in only? Sure, in concept. However, in practice there are several factors that may affect how realistic and/or effective these regulations become.

Retailers and other companies with a physical presence who want to track the effectiveness of online campaigns from online to offline to optimize say … AdWords spend … can already do that with tools like Google Analytics 360, where none of the data is sourced from ISPs. Whatever technique gets used, the bottom line is that this trend will keep lobbyists on K Street happy for at least the next 5 years.

Based on today’s poll, the consensus feels the consumer internet experience could be much better through stricter opt-in requirements. In looking closely at the language around the FCC requirements, one key element will be defining just what “sensitive personal information” is exactly, in order for consumers to determine if they wish to opt in to the sharing of their information. I’d bet most won’t.

It only seems reasonable for service providers to, at minimum, reveal to users what data is collected and why. In the long run, those retailers looking to best leverage the power of personalization in their targeted marketing and communications will first offer opt-in control to their customers, and through this, respect and better understand shopper preferences.

Retailers are used to living with the choice of their customers and to compete for their attention. They will, therefore, find ways of working with customers who share their digital presence and those who don’t. Opinions in the BrainTrust and other respondents are interestingly divided — 62% say that the internet experience will be better for consumers and 38% say it will be worse. In my view, it will be worse because retailers and others will be able to target them less efficiently and it will be better because we will have enshrined the right of privacy and protect ourselves from the terrifying consequences mentioned by Jasmine Glasheen.

Privacy is paramount. This desire for privacy is driving the growth of VPNs and will ultimately create new opportunities for creative digital entrepreneurs. Let’s not assume how we digest the internet today is how we’ll do so in five years. This issue is but a moment in time.

At the same time, the more selective and limited the data, the more valuable and expensive it will become to marketers. Be careful as to who you think is on your team.

Braintrust
"Ultimately, merchants will not be hurt by this. They will adapt to work with what they have."

"As Google and others have argued, both consumers and marketers have benefited from responsible online marketing and individualized content."

"A great question would be to ask how many people actually read what an app is collecting or accessing on a smartphone."