Should retailers boycott the Outdoor Retailer show’s return to Utah? 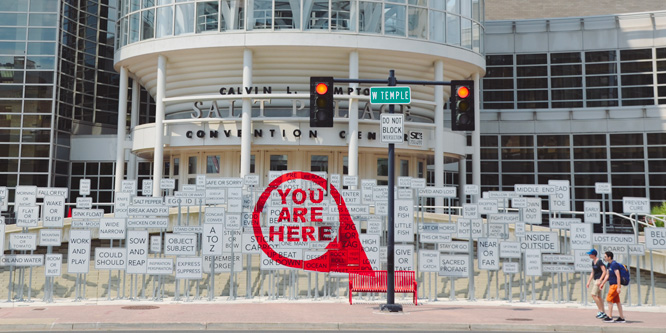 REI, Patagonia and The North Face plan to boycott the Outdoor Retailer show once it returns to Salt Lake City in 2023 in a spat over the Utah legislature’s stance on public land protection. The boycott’s organizers argue the relocation of the show only undermined those environmental goals.

The bi-annual show moved to Denver in 2018 after Utah lawmakers asked President Donald Trump to repeal the newly-designated Bears Ears National Monument. The show packs an annual economic impact of about $45 million. Denver’s contract expires in 2022.

In announcing last week the return to Utah in 2023, Emerald Expositions, the show’s owner, said the dispute over public lands can be better fought from Salt Lake City, the event’s home for 22 years.

In a statement, Emerald said, “In reality, leaving after 2017 has not brought the change we had hoped for, so we will push back, not pull back.”

Steps Emerald says it is taking to drive “meaningful change” include:

Other contributors to the decision include easier access to on-water and on-snow demo sites to test products from the show floor, significant cost savings and a survey showing outdoor retailers overwhelmingly wanting to return to Utah.

The Conservation Alliance, made up of 270 outdoor firms, have argued that Utah’s political leaders are still pursuing legal action to roll back protections. In February, the alliance sent a letter signed by 24 major industry players to Emerald threatening to boycott the show’s return. A few reiterated their plans when the return was announced.

Ben Steele, EVP, chief customer officer, REI, said in a media statement, “As we made clear in February, REI will not participate in any OR trade show in the state so long as Utah’s leaders persist in attacking our public lands and the laws that protect them.”

DISCUSSION QUESTIONS: Do you support moves by major outdoor retailers and vendors to boycott the Outdoor Retailer show’s return to Salt Lake City over Utah’s environmental policies? Is depriving the state of a show’s economic benefit or staying and working with local officials the better path to driving change?

Please practice The RetailWire Golden Rule when submitting your comments.
Braintrust
"Staying true to your brand while also doing the right thing is rarely easy, but in this case those two goals are nicely aligned. "

12 Comments on "Should retailers boycott the Outdoor Retailer show’s return to Utah?"

I don’t think that REI, Patagonia and The North Face would take this kind of stance lightly. These are three brands whose core brand promise is deeply embedded in the outdoors and environmental policies. They clearly are not willing to risk any blurring of those brand promises for the sake a more convenient, or profitable, trade show. I can only thank them for taking this kind of stance. Gotta love it when the integrity of a brand promise takes precedent over convenience and economics.

Support it big time – this is what boycotts were designed for. Depriving the state of the economic benefits will always get you more, especially when they’ve been trying to work with officials for years.

The brands in question have very well defined stances on various ecological issues and it would be incompatible for them not to speak out and act on them. It doesn’t really matter whether one agrees or disagrees with their views, they are acting consistently and in accordance with the personalities and characters they have crafted over many years. That said, regardless of where the show is held, its is also important for all concerned to engage in constructive initiatives and dialogue to shift policies.

Staying true to your brand while also doing the right thing is rarely easy, but in this case those two goals are nicely aligned. I support and respect the positions of the outdoor retailers and hope their decisions will help bring more positive change with regard to respecting our outdoor spaces.

REI, Patagonia, and The North Face have huge customer bases dedicated to the outdoors and environmental protection. For these companies going against the grain would only experience business loss. The nature of the companies themselves supports the boycott and is ingrained in the company DNA, requiring an activist stance. Does this matter? According to the 2018 release note from the Outdoor Retailer Show, the economic impact in Denver was ~$110 million. For the grand state of Utah this is a drop in the bucket compared to their $192 billion GDP and $10 billion tourism industry. For REI, Patagonia, and The North Face customers this might matter more than for the state politicians, but it’s mostly saber rattling on both sides.

I wouldn’t call $110 million “a drop in the bucket” for a major metro area. Neither for all the employees and vendors who earn a share of that money, along with all the follow-on multiplier effects.

The more important point is that despite the companies intentions on trying to shift direction through boycotting, they need to play harder to make a dent at the state (not just municipal) level. The $110MM includes the expanded follow-on multiplier effects.

I admire companies who take their mantra seriously. We have seen many companies and sports organizations change plans and actions in objection to laws passed by state legislators. BRAVO to every one. These actions are worth more than money in voice.

There are protests, there are lobbyists, there is also the opportunity to talk to one another. Boycotting a show because of the politics and policy present in a state legislature is weakness. You talk to each other. You make a commitment to learn and understand where each side is coming from.

Beliefs over business always wins in my book.

My quick take — he says as he argues for being more thoughtful — is oppose: the connection between a city and the action(s) of the legislature (of the state the city is in) is too amorphous; also, what advantages does SLC offer that it was chosen in the first place?

(Candidly the whole boycott strikes me as rather petulant — over a single monument? — although it’s not really for me to decide what people consider important).

I am skeptical of the narrative that these large retailers and manufacturers are choosing to boycott a conference (aka not invest/sponsor) because they are hoping to cause change, etc. If they truly wanted to boycott the state of Utah over a political matter, they could close their stores in the state and refuse to sell items there.

Braintrust
"Staying true to your brand while also doing the right thing is rarely easy, but in this case those two goals are nicely aligned. "