States pause grocery taxes as a hedge against inflation 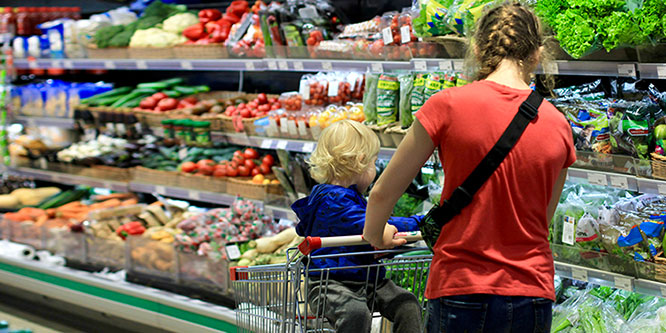 Some states with taxes in place at the grocery checkout are giving customers a break as food prices continue to rise.

Of the 13 U.S. states that impose grocery taxes, a number have discussed plans to temporarily suspend the tax because of inflation, according to Fox Business. Most recently, Tennessee Governor Bill Lee placed the state’s four percent grocery tax on a 30-day pause at the end of March. Oklahoma and Alabama have discussed a pause on their respective taxes that would last years.

Some U.S. states have moved forward with longer term pauses on grocery tax.

Illinois Governor J.B. Pritzker earlier this month announced the suspension of the one percent grocery tax for the entirety of the fiscal year, according to NBC Chicago.

The grocery industry has been anticipating consumer behavioral change for some time as inflation has risen. Signs earlier in the month indicated that customers were finally limiting spending due to fuel prices.

A pause on grocery taxes in impacted states would theoretically dissuade customers from trading down to value-priced goods on their visits or turning to dollar stores, limited assortment grocery stores and others perceived as offering lower prices than mainstream grocers.

Some experts question, however, if suspending state grocery taxes will have the intended effect.

The Tax Foundation issued an analysis critical of tax state grocery tax reduction proposals, asserting that the cuts could have counterintuitive results, Fox Business reported. While grocery tax cuts may lead to moderate savings for middle-income families, low-income shoppers may find themselves in a worse position as the change may restrict the effectiveness of SNAP benefits and lead to substantial increases in spending on non-food household goods.

As of last week, it cost U.S. consumers 10 percent more to eat at home than it did a year earlier, according to a CNBC report. The cost of eating out at restaurants has only increased 6.9 percent. It remains uncertain how long inflation will keep rising, though the Federal Reserve is expected to continue raising interest rates as an anti-inflationary measure.

DISCUSSION QUESTIONS: Will a pause on grocery taxes affect consumer purchasing behavior? What are the most effective ways for retailers to maintain sales and margins during an inflationary period like now?

Please practice The RetailWire Golden Rule when submitting your comments.
Braintrust
"Any incentives and goodwill are appreciated and valued by customers during this hyper-inflationary state. "

"Tax cuts, pauses, and breaks are only effective if the source actually adjusts spending. "

Quite frankly no state should impose sales taxes on essential grocery items at any time. However for those that do insist on fleecing their citizens in this way, it is helpful to drop or reduce taxes at a time when inflation is running high. That said, with food inflation now nudging upwards of 8 percent most of these tax holidays or reductions are a drop in the ocean for hard-pressed consumers. From a retailer perspective, it is hard to control input costs so focusing on other costs and ensuring operating discipline is vital.

1,000 percent agree. Basic necessities like food and standard clothing with a price threshold should always be exempt.

Any incentives and goodwill are appreciated and valued by customers during this hyper-inflationary state. States pausing grocery taxes is a helpful incentive. However much more could be done at the individual store level to maintain sales and margins while extending goodwill to the customers.

Grocery stores have a unique opportunity to enhance and drive a more engaging, valuable, and loyalty-inspiring experience with customers. By increasing promotions, improving membership benefits, and other incentives, grocery stores could assist price-conscious customers in their time of need. Perhaps customers will be more purpose-driven and more conscious of their spending. However providing the right incentives may be a way to drive more traffic and increase conversion rates.

I think the move by the governors is essentially theater. Most states that have “grocery taxes” don’t charge them for the bulk of products the consumer buys in the grocery store for food or human consumption (though that definition varies widely). The amount we are discussing will not change consumer behavior one bit.

Retailers don’t have much choice on how to handle inflationary pressures. Some think that when the rate of inflation drops, prices will drop. What inflation does is create a new base for the subsequent price increase. The worst action a grocer can take is to hold prices hoping that tomorrow they can regain their margins and profits. If inflation is 7 percent this year and 3 percent next year, it is not a 4 percent increase in prices next year. It is a 10 percent increase in prices.

Tax cuts, pauses, and breaks are only effective if the source actually adjusts spending. Temporary tax alleviation will only result in higher taxes or other sources of “revenue” if spending stays at the same level. Customers will be liquid with their brand preferences more so based on shelf availability than moderate price adjustments. So the supply chain will play a critical role in maintaining brand loyalty. Walmart is poised to gain even more market share with their everyday low pricing, but other retailers can benefit by showcasing the best buys for the bucks. Larger bulk sizing with strong messaging/marketing touting the lower cost per unit price should be a key component of retailer strategy.

A better question: why the He** are states taxing groceries in the first place?

If I were a consumer in one of these states buying food I would certainly be happy to see the sales tax on food go to zero, at least happy in the short term. However, the way I am reading the wording here it is the states suspending their state sales tax on food. What about the local/county component of the sales tax on food? Is that being suspended too? I am not sure the average consumer is going to care much in, for instance, IL, where 1% of the food sales tax drops off but the other whatever percent it is, remains. Also I do not understand the Tax Foundation’s comment that this would hurt low income families and SNAP benefits. Why would that be? Customers who purchase food with SNAP benefits, already do not pay sales tax on food as the tax is “rolled off” the receipt when that payment type is used. Is the Tax Foundation implying retailers may do a price increase to make up for the loss of a few… Read more »
0
|
0
-   Share

Why is there government taxation on any basic food items? As if consumers should be penalized or discouraged to eat, drink as a normal daily function for survival and nutrition?

If nothing else, as a gesture — if nothing else — this should be very welcome by consumers. However, this assumes that it is actually passed on to the consumers and not absorbed in terms of additional margin for the retailers.

These things are always very difficult to understand whether it has had the desired impact. A recent example of a tax cut in by UK central government was a reduction of 5pence per litre of fuel, however there are many commentators who are suggesting that the saving has not been passed on to the consumers and fuel retailers taking a larger margin.

Braintrust
"Any incentives and goodwill are appreciated and valued by customers during this hyper-inflationary state. "

"Tax cuts, pauses, and breaks are only effective if the source actually adjusts spending. "