Trucker shortage means higher pay for those on the road 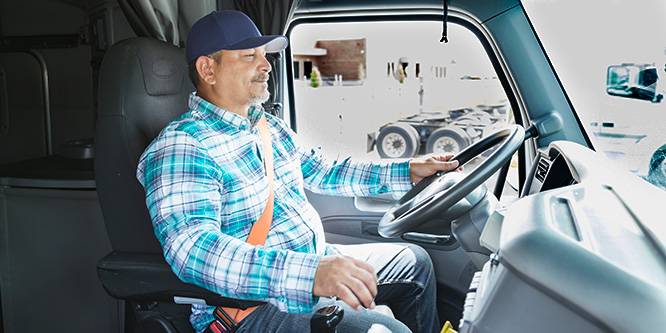 It turns out that 2021 was a good year, financially, to be a truck driver in the U.S.

Driver wages rose significantly as large trucking companies, retailers and others vied for talent in a field where there are more jobs than bodies to fill them, according to a new report from the American Trucking Associations (ATA).

“The data supports what industry sources have been saying for some time — the driver shortage has been great for drivers who saw their salaries rise last year,” Bob Costello, chief economist at ATA, said in a statement. “Pay increases were broad-based across the industry, for example between salary increases and bonuses, the average truckload driver saw a wage increase of 10.9 percent last year.”

The ATA has estimated that there are 80,000 fewer drivers on the road right now to handle deliveries than needed, and that number is expected to double in the coming years.

The industry will need to add nearly one million new drivers over the next decade just to replace those who retire or leave for other reasons. The vast majority of drivers currently on the road are older and male. Those joining the industry tend to be older and male, as well. Sixty percent of new over-the-road drivers are 40 or older. Only seven percent of drivers are female.

The “2022 ATA Driver Compensation Survey” queried fleets with more than 135,000 employees as well as nearly 20,000 independent contractors about wages, bonuses and benefits. It found that:

“The driver shortage, coupled with increased demand for goods in the post-pandemic economy, really drove driver salaries,” Mr. Costello said. “These pay increases should put to lie the myths about the nature of this job — trucking is a path that can provide a well-paid career for Americans looking for one.”

DISCUSSION QUESTIONS: What will it take to make truck driving more appealing as a career choice? What workarounds exist right now for retailers and their trading partners dealing with a shortage of truck drivers?

Please practice The RetailWire Golden Rule when submitting your comments.
Braintrust
"With autonomous trucks already being widely tested, it is only a matter of time before they become a key part of how goods are transported."

With autonomous trucks already being widely tested, it is only a matter of time before they become a key part of how goods are transported. Trucking as a career was always a challenging one: long hours, physically hard and time away from family. The fact is, young people don’t want to be truck drivers, and this will continue to put pressure on transport companies. Higher pay and benefits will always attract workers in the short-term, but the long-term is autonomous.

Companies have changed their trucking patterns – they now have options for long haul or short, and let drivers still be home every day or at the end of the week. This, plus large sign-on bonuses and salaries, makes truck driving a great choice for those who are looking for a stable career. I don’t see companies migrating to automated trucks (in droves) anytime soon.

Braintrust
"With autonomous trucks already being widely tested, it is only a matter of time before they become a key part of how goods are transported."