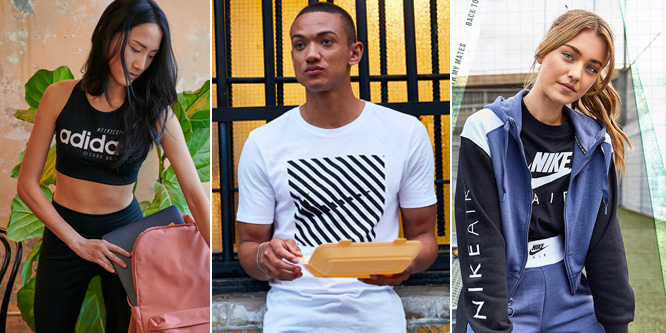 Sports Direct, the UK’s largest sporting goods chain, is calling for a Europe-wide investigation into the dominance of Nike and Adidas in sports retailing. The call follows ongoing moves by Nike to end distribution to “undifferentiated” retailers and conjecture that Adidas may follow suit.

Nike announced in October 2017 plans to shrink its wholesale account base to about 40 global partners and exit “undifferentiated, mediocre” retailers. Both Nike and Adidas are also aggressively expanding their direct-to-consumer businesses.

In a statement, Sports Direct referenced an article that ran September 13 in The Sunday Times entitled, “Nike’s killer blow for small stores.”

The article indicated that Nike sent letters to “dozens of independent retailers” indicating they would no longer have access to Nike product by 2021 because their store experience was “no longer aligned” with the brand’s distribution strategy. The article further stated that “retailers are fearful that Adidas will follow suit” and how the two brands dominate sports retailing.

A source told The Sunday Times, “All those companies that built a business on the back of Nike and Adidas are toast — there’s no way they can replace that [business].”

In its statement, Sports Direct wrote that sports retailing has “long been dominated by the ‘must-have’ brands such as Adidas.” Those brands have an “extremely strong bargaining position” that has enabled them to restrict or “in most cases” refuse to supply product to certain stores.

The retailer wrote, “Sports Direct believes that the industry as a whole would benefit from a wide market review by the appropriate authorities in both the UK and Europe.”

Nike said in a statement, “Nike continually evaluates the marketplace and competitive landscape to understand how we can best serve consumers. As part of this, from time to time we do make adjustments to our sales channels, in order to optimize distribution.”

Adidas in a statement to CNBC said that, while a “strong partnership” with retailers is critical, “in an increasingly digital world, the consumer decides where to go for information and where to purchase.”

DISCUSSION QUESTIONS: Do retailers have any rights to the brands they’ve built their business around? Does Nike or Adidas have any obligation to help “undifferentiated” retailers?  Do they face risks should they cut off retailers who have long supported them?

Please practice The RetailWire Golden Rule when submitting your comments.
Braintrust
"Nike and Adidas are under no obligation to sell in particular channels or to particular retailers."

"This could be a fun fight that could potentially have massive ramifications to brands and to retailers."

Nike and Adidas are under no obligation to sell in particular channels or to particular retailers. Even in the pre-digital days of retail, must-have brands have retreated from fragmented distribution in the form of independent retailers. Now they have options for replacing that business with direct-to-consumer outreach. Sports Direct’s action is fascinating in light of the “brands are dead” drumbeat. Like many things in retail, brands aren’t dead, just different. One of the big differences being that brands now have options beyond wholesale. Not many brands can pull off this prissiness but Adidas and Nike can.

Brands that are aligned to their consumer’s needs should be dedicating their efforts and their distribution to the channels and retailers that are favored by their consumers. Leading brands such as Nike and Adidas drive substantial traffic to retailers and likely would expect that the retailer’s environment, customer service and merchandising complement their brand and make the purchase experience extraordinary. If retailers are not providing that high level of experience for these brands, then Nike and Adidas have the absolute right to move to retailers that better fit the brand’s mission.

I don’t see retailers having any rights to brands they may have long supported. And I don’t see brands having any rights to floor space in any retailers they may want to sell. These are relationships of mutual benefit and decisions get made on the merits of dollars and cents (including opportunity costs) and on the merits of how each party views the marketing aspects of the relationship. There has to be alignment between the brand promises of the two parties. There are lots of opportunities for this scenario to take turns that will be viewed as unfair. Evolution is not “fair.” The competitive market is not “fair.” The market provides access and opportunity. Outcomes are not a given.

Nike and Adidas are entitled to supply as they see fit. Sports Direct is likely afraid of this move because it represents another step towards direct distribution which could potentially harm its own business. That’s unfortunate, but that’s just how the market works. I didn’t see Sports Direct complaining or championing small sports retailers when its own competitive pricing undercut them and harmed their sales.

At the risk of upsetting my friends in the retail community, retailers don’t have any rights when it comes to branded goods, unless they own the brands. It’s probably useful to skip the circular argument that runs something like, “Well, those brands would never have gotten as big as they are without retailers,” versus, “Well, brands were the cornerstone of modern retailing so without us there wouldn’t be national or international retail chains.” Let’s remember Nike’s first sales were out of Phil Knight’s trunk, not a store. And while brands obviously need distribution channels of some kind to reach the consumer, they have multiple ways to accomplish that without going through low volume stores from direct-to-consumer sales to selecting certain sales partners and channels. And no, there is no inherent obligation associated with past support — we are talking capitalism here, not socialism. Finally, of course Nike and Adidas will lose sales by bypassing “undifferentiated retailers.” That’s not the question. The actual question is, “Will those lost sales be offset by more profitable distribution models?”… Read more »
1
|
0
-   Share

On the surface, this reeks of sour grapes. These big boys have been steadily increasing their DTC models so it is no surprise that they are looking to cull some of their wholesale channels. Business models change and some companies are forced to change or die. Not pretty sometimes but that is capitalism.

Nike and Adidas are indeed dominant and on a global scale. In addition to their wholesale channel, both global sneaker powerhouses have taken a very aggressive stance on their DTC model, distribution via digital channels, and are no longer solely dependent on brick-and-mortar stores. Sports Direct has every right to take a hard stance against this dominance, but it will come at their own peril, as Nike and Adidas own such a large share of the sneaker market.

Is this really about brands wanting to sell through differentiated retailers, which is a very good thing if it defines the brand? Or is it about price management? Sports Direct could not be described as a differentiated retailer and sells at very sharp prices. Are the brands more worried about maintaining their pricing? Sports Direct are also not the easiest retailer to deal with, but they are large and powerful and Mike Ashley is not known for lying down and accepting what others say. This could be a fun fight that could potentially have massive ramifications to brands and to retailers.

Sports shoes are not a commodity. In a category defined by innovation I can’t fault Nike or Adidas for attempting to control how and when their products are sold. Although shoes are not perishable, the market has two time dependent elements important to consumers; fashion and technology.

Proper brand management will dictate how and when the product will sell. Having prior year’s models selling full price in a small retailer and discounted at a shoe discount store a few blocks away is not good for the brand or the retailer and I believe that’s where the true risk lies.

Braintrust
"Nike and Adidas are under no obligation to sell in particular channels or to particular retailers."

"This could be a fun fight that could potentially have massive ramifications to brands and to retailers."