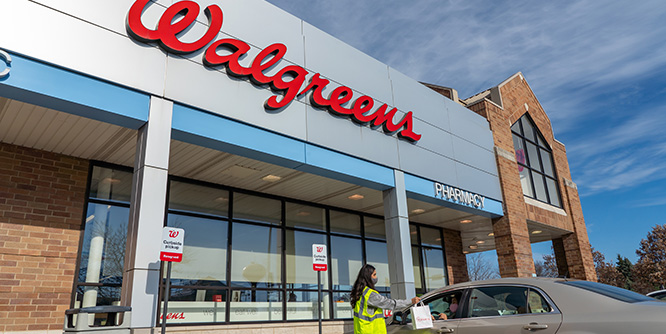 Many retailers made plans to move their information technology systems to the cloud prior to the start of the novel coronavirus pandemic last year. But, as with many other elements of their business, this too was accelerated when they found themselves having to deal with changing consumer behavior and other developments that quickly arose as a direct result of COVID-19. Walgreens Boots Alliance (WBA) is a case in point. The drugstore giant announced that it completed moving 122 enterprise resource planning (ERP) apps to the cloud in May, according to a Wall Street Journal article.

Francesco Tinto, global chief information officer at WBA, who joined the company in 2019 from Kraft Heinz, said that the move to the cloud will speed processes across Walgreens’s business, including inventory management, point-of-sale transactions, accounting and more. The company’s migration to the cloud concluded a five-year effort to overhaul the drugstore’s tech systems, specifically related to its retail operations.

The need for speed became particularly apparent in the early months of the pandemic and Walgreens, according to the Journal’s reporting, sees migration to the cloud as a key element in its move. The article provided an example of how setting up a server to run on the cloud now takes a few hours compared to up to a week before.

The new system will integrate functions across the Walgreens organization, giving associates the ability to check store inventory with handheld devices. Employees can now act more quickly than ever before on pandemic-specific challenges, such as access to real-time sales and inventory data on such items as masks and sanitizers.

A forecast from International Data Corp., sourced in the Journal piece, estimates public cloud spending will reach $385.3 billion this year, up from $312.4 billion in 2020, the previous record year for cloud migration.

A KPMG report published last year identified the speed with which many companies were moving their systems to the cloud. Fifty-six percent of technology executives surveyed said that full migration had become an “absolute necessity” for their businesses and that previous “piecemeal migrations” were being abandoned in direct response to facts on the ground resulting from the pandemic.

DISCUSSION QUESTIONS: Has moving enterprise resource planning to the cloud become a business necessity for retailers and consumer-direct brands? What do you see as the associated upside and downside for companies as they begin moving systems to the cloud and once they are established on it?

Please practice The RetailWire Golden Rule when submitting your comments.
Braintrust
"With the pandemic and with impending weather crises, the cloud becomes even more important as employees work from home or from other remote locations. "

"Now perhaps they should focus on the front of house and how their stores look and website works. Both need optimizing!"

"There’s no question that the future of retail lies in the cloud whether we’re talking about digital, online sales, or physical stores."

In an omnichannel world, bringing together data from disparate sources is vital, as is being able to analyze and act on that data. Cloud computing facilitates this. For example, under cloud systems it is easier to obtain a single view of inventory across the organization which, in turn, can help with better planning or fulfillment. There are also benefits from the point of view of reducing infrastructure costs. However that doesn’t mean to say there are no issues. Security is an issue I hear over and over again from retailers when discussing cloud storage and that needs to be paramount to prevent leaks and hacks.

As for Walgreens, it’s great to see the back of house being put in order. Now perhaps they should focus on the front of house and how their stores look and website works. Both need optimizing!

I know … the in-store service is awful. I think expense management has caused a too severe cut-back in personnel.

Well, in our pre-pandemic benchmark on cloud computing, 78 percent of respondents said a top-three reason to move to the cloud is that it helps them advance their business functionality faster. So that certainly checks out.

However I’m just a bit confused about the statement that “setting up a server to run on the cloud now takes a few hours compared to up to a week before.” That doesn’t really speak to cloud. It’s sort of a non sequitur. It’s a hardware problem, not a software solution.

With the pandemic and with impending weather crises, the cloud becomes even more important as employees work from home or from other remote locations. Finally, it helps a company keep their business running, pretty much whatever happens.

Again, this is in line with our findings, and I suspect the percentage would be even higher today.

I thought reading the server statement that Walgreens was admitting that offsite processes were handled more quickly than when it was doing it all in-house. I could be wrong.

Moving to the cloud is becoming and will become table stakes. Retailers are entering a data surplus, and this is the way to navigate that and actually put that data to use in strategic ways.

If the term “cloud-first” is not in a company’s lexicon, then they’re probably living under a rock. Most of the companies I consult with have already moved to the cloud, are in the process of moving to the cloud or, in several cases, capitalizing on the benefits of multi-cloud and hybrid cloud situations. There is a misconception that cloud is about “savings.” It’s not. It’s about speed, agility, and the ability to enable innovation with data and analytics at massive scale. Data is one of the most important assets for any company and the ability to leverage ALL data across the enterprise, the ability to integrate data from multiple sources, using multiple types of data (structured, unstructured, semi-structured) is how companies uncover new insights that can be fed back into the decision-making process. Cloud is an enabler for all of these things, and Walgreens should start to capitalize on this in a big way.

There’s no question that the future of retail lies in the cloud whether we’re talking about digital, online sales, or physical stores. A retail business is significantly more agile when it runs in the cloud for key business functions, like ERP, not to mention more compute-intensive processes like those involving computer vision and AI.

If there’s one lesson all retailers should learn from the pandemic, it’s the need for agility to adapt quickly to changing conditions. The cloud helps accomplish this and enables more powerful compute applications retailers need going forward. Walgreens is one great example, but look at most DTC startups that went from online-only to opening stores and you’ll find these businesses live in the cloud for all their critical business functions.

Braintrust
"With the pandemic and with impending weather crises, the cloud becomes even more important as employees work from home or from other remote locations. "

"Now perhaps they should focus on the front of house and how their stores look and website works. Both need optimizing!"

"There’s no question that the future of retail lies in the cloud whether we’re talking about digital, online sales, or physical stores."