What does the decision to close Quidsi say about the battle between Amazon and Jet.com? 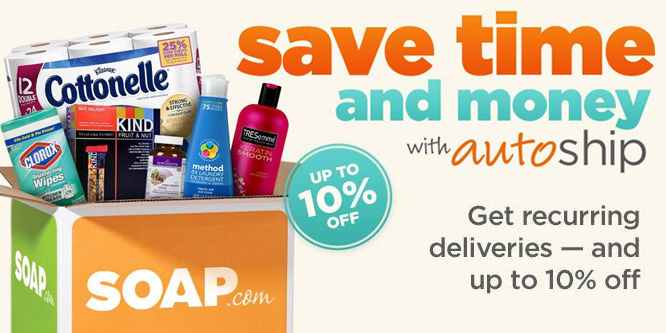 Amazon.com announced yesterday that it is closing Quidsi, operator of Diapers.com, Soap.com and four other sites, after the business failed to turn a profit.

Quidsi, which was co-founded by Marc Lore, current president and CEO of Walmart eCommerce U.S., was acquired by Amazon in 2011 for $550 million. Mr. Lore left Amazon to start Jet.com, which was acquired by Walmart last year. Before founding Quidsi, Mr. Lore started The Pit, an online collectible company, which was sold to Topps in 2001.

Amazon’s decision to close Quidsi will mean layoffs for 263 employees. Some of those losing jobs will have the opportunity to apply for others within Amazon. Quidsi’s software development group will be moved to the AmazonFresh business. While Quidsi is closing, many items on its sites will continue to be sold on Amazon.

“It probably makes sense from a cost and logistical perspective to integrate the operations, including the brands,” Colin Sebastian, an analyst with Robert W. Baird & Co., told The Wall Street Journal.

Please practice The RetailWire Golden Rule when submitting your comments.
Braintrust
"It makes sense for both companies to follow the paths they're following. Amazon hasn't yet reached the edge of its addressable market. Walmart has. "

"For Amazon, Quidsi provided them insight into specialty categories. Walmart needed Jet.com to close the huge sales and knowledge gap..."

"Buying Quidsi was a defensive move for Amazon. The best thing about the company was the domain names it owned."

10 Comments on "What does the decision to close Quidsi say about the battle between Amazon and Jet.com?"

Buying Quidsi was a defensive move for Amazon. The best thing about the company was the domain names it owned. Since the Quidsi brands failed to generate profits, it makes sense for Amazon to close them and fold the business into the parent company.

It’s curious that the rationale for closing Quidsi was “lack of profitability” when Amazon itself has failed to achieve profitability for so many years. I suspect the true reason was simply overlap with Amazon’s own existing business. This sounds like a relatively small adjustment that should have no bearing on Walmart’s Jet.com acquisition.

Thanks Mark. If you hadn’t said it, I was going to. Dings or not! It’s still my 2 cents too.

Given the breadth of Amazon’s assortment, and the fact that most of the items sold by Quidsi are also commodities, I think it makes perfect sense to fold the businesses together. Then they can all not turn a profit together!

I think Walmart has made some different moves. I believe their goal is to go after new customers with several of their purchases, and to leverage the brand equity and algorithms of Jet.com to create a win/win for customers and the company alike.

So all in all, it makes sense for both companies to follow the paths they’re following. Amazon hasn’t yet reached the edge of its addressable market. Walmart has. These are good decisions.

I think the acquisition of Quidsi by Amazon and Jet.com by Walmart are very similar. First, it took potential major competitors out of the market. However, more importantly both Quidsi and Jet.com provided insights that each needed. For Amazon, Quidsi provided them insight into specialty categories. Walmart needed Jet.com to close the huge sales and knowledge gap that exists between it and Amazon. I see no reason for Walmart stakeholders to get nervous about the closing of Quidsi.

Considering that the main Amazon.com business is not generating a profit it’s a curious reason for shutting down Quidsi. I believe a better explanation is that that the brand names under Quidsi were not generating enough loyalty or business as compared to a brand like Zappos. With no uniqueness to the brand, there was little reason not to fold it into the primary Amazon.com brand. I doubt this will have any material effect on Amazon’s business and certainly won’t result in any impact to Jet.com. This is just a small blip on the retail radar.

Of course Quidsi founder Marc Lore, now at Walmart’s Jet.com, is probably enemy number one of Jeff Bezos. So I am looking forward to snarky comments by both parties on this shutdown and the unknown but still shaky future for Jet’s efforts to match Amazon. Whatever happens, Lore has already made huge piles of cash from both Bezos and Walmart.

Horrible name and a trivial market presence translate into a yawn … except for this sentence: “…after the business failed to turn a profit.” Could we be on the threshold for Amazon migrating to a more normal business model (i.e. one where seemingly endless losses are no longer written off as “startup costs”)?

Other retailers can only hope.

Amazon purchased Quidsi for what Amazon didn’t have, not to duplicate what it already had. Since absorbing this, Amazon has no use for a company that sells products online (this is what Amazon does). Welcome to the world of mergers! This is a smart business decision for Amazon.

Amazon’s decision to shut Quidsi should not give Walmart stakeholders any more concern about the Jet.com, ModCloth or any of the other Walmart recent acquisitions than they should already reasonably have already. I think the $3 billion dollar Jet.com purchase might go down as one of the biggest write off’s in retail history. What Jet.com proved it could do was spend a ton on Google for their sales and then convince Walmart that they had great tech to compete with Amazon. They were sold by an amazing sales guy in Mr. Lore who was very compelling last week at ShopTalk in his passion about Walmart.

Scott Gallolway from L2 Inc breaks this down brilliantly in a Winners and Losers video called “Jet.com: The $3B Hair Plugs.” If I worked at Jet.com I would safely assume that I will be working for Walmart.com within the next 2 years. I hope that more niche acquisitions like ModCloth can sustain and become profitable on their own.

Braintrust
"It makes sense for both companies to follow the paths they're following. Amazon hasn't yet reached the edge of its addressable market. Walmart has. "

"For Amazon, Quidsi provided them insight into specialty categories. Walmart needed Jet.com to close the huge sales and knowledge gap..."

"Buying Quidsi was a defensive move for Amazon. The best thing about the company was the domain names it owned."