What does the loss of sport mean for retail? 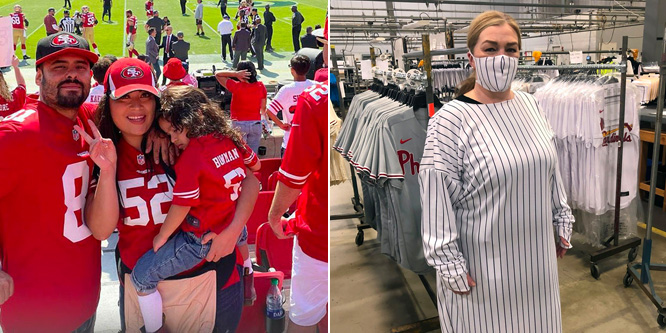 With last week’s decision to postpone the Summer Olympics in Tokyo, which had been set to start July 24, the world may be without major sporting events until the fall.

The shutdown of sports began on March 11 when the NBA suspended its season after the first of its players tested positive for the coronavirus. On March 12, the NCAA shocked sports fans by canceling the March Madness college basketball tournament after recognizing that even playing to empty arenas was not feasible. Within days, the professional baseball, hockey and soccer leagues, as well as Little League, suspended their seasons. Major golf and tennis tournaments were canceled.

In a blog entry, Matt Powell, SVP, industry advisor, sports, NPD, said he sees a minimal impact at least on sports retailing. Sales of sports licensed products, for instance, will take a near-team hit as teams aren’t playing, but much of those sales may be recaptured should events such as the Major League Baseball playoffs and World Series occur later in the year as planned.

Sports marketing will be impacted by event postponements, but again Mr. Powell sees a minimal short-term blow to sales. “That kind of exposure does not manifest itself directly through consumer behavior. Instead, its value is more of a long-term brand-building tool,” he said.

Even so, major advertisers are scrambling to pivot large chunks of their 2020 ad budgets, sidetracking their primary outreach vehicles due to the cancellations and suspensions, according to the advertising trades.

Seen as one of the last “DVR-proof” platforms in television broadcasting, given its real-time action, the value of sports marketing has increased exponentially in recent years. ESPN has said 96 percent of sporting events are watched live.

Sponsors of the Olympics began planning their marketing creative years in advance, in some cases.

Fred Chasse, senior VP at Analytic Partners, whose specialties include marketing optimization, told Advertising Age, “It’s going to be impossible for advertisers to take that Olympics money and spend it, last minute, to have anywhere near the kind of reach, brand and sales impact that the Olympics buy would deliver for them — especially in an election year.”

DISCUSSION QUESTIONS: How do you see the loss of league games and major sporting events such as the Olympics affecting retail? What does sports marketing provide to brands that other marketing can’t match?

Please practice The RetailWire Golden Rule when submitting your comments.
Braintrust
"Sales will pick up once things open back up but they won’t yield the same revenue as the opportunities that will have been missed."

"The loss of sports has created a pent up tsunami of desire to “play ball” (and all other sports)."

"The loss of major sporting events is going to be crippling to small businesses who rely on the foot traffic of fans around arenas and ball parks."

16 Comments on "What does the loss of sport mean for retail?"

Regrettably, for most businesses, the pandemic has a cascading negative effect. Sports are a big part of a secondary economy. There is TV and radio advertising, tickets, merchandise purchased in stadiums, transportation, etc. Very few business segments escape the damage caused by this slowdown.

You can’t walk in to a store in Knoxville without being greeted by a sea of “Volunteer Orange” merchandise. That’s not going to change. The question is how many shoppers will be there to buy it in the coming weeks. The biggest impact is going to be on venues surrounding Major League Baseball parks. Even if they are open for takeout or limited seating, the throngs that pack the Cubby Bear in Wrigley on game day just won’t be there. It’s one of the saddest parts of this whole mess — at least, it is for Cubs fans.

Advertisers should be thankful that they have to rethink and recalibrate the message and spend. Consumer behaviors, attitudes, motivations and needs are changing, and some permanently. Even in the medium term, one to two years, there is going to be significant cutback on discretionary spending.

I miss sports as much as the next person but here is what I am seeing in sporting goods stores: With the current situation, sporting good stores in my area are busy and families are being encouraged to not only to keep social distancing but also to be outside. So families are playing baseball, soccer etc. I don’t think this is going to replace the sports teams or Olympic merchandise sales, but there is hope that not all business is lost.

The loss of major sporting events is going to be crippling to small businesses who rely on the foot traffic of fans around arenas and ball parks. Buying t-shirts and other memorabilia is part of the experience of going to a game and with sporting events on hold, those sales are gone. Hopefully these small retailers will be able to get support from the government to hang on once the leagues start up again.

There is an enormous market surrounding sports so, as with everything else, its loss will affect retail across multiple segments. Product tie-ins, including both apparel and food/restaurant, are gone. The huge spurt of sales at the beginning of a season (baseball) and during playoffs (basketball) are gone. Sales will pick up once things open back up but they won’t yield the same revenue as the opportunities that will have been missed.

Sports marketing is fueled by our deep desire for community, belonging and fun. Since last spring, Canadians of all ages and ethnicities have proudly donned Toronto Raptors apparel to support the 2019 NBA champions. Amid our diversity, we were all cheering for the same team.

That’s why in the second half of the year, I expect sales of sports merchandise (licensed apparel, sporting goods, home décor and grocery) will soar due to pent up demand as we overcome the need for isolation and physical distancing.

Selfishly, I just have to say, the “loss of sport” is killing me! Usually if there’s nothing to do, I’ll watch any basketball game for 10 minutes to kill time before bed or dinner or whatever. Now there’s only bad news 24-7! I know I’m not alone, it’s bummer on bummer in these odd times.

Re: retail — “no sport” has got to be devastating for the likes of store-based companies with broad sports inventories like Dick’s, but those who have really focused on DTC like Nike are undoubtedly in better shape. Along with watching sports, exercising is the other option in terms of “nothing to do” and as we’re all witnessing, that “sport” is certainly still going on in a big way. I’d look for Nike (brands) to come out of this in a strong position.

Fans tend to buy merchandise promoting their favorite teams when they are watching and enjoying those teams. While sports teams aren’t playing now, those fans aren’t going to buy the merchandise they would have. When teams start playing again, I see little reason to expect fans will suddenly double their purchases to show their support. Will they buy? Yes! will they buy more than they would have at the start of any other season? I don’t think so. There is also a short-term impact on businesses near sports venues which obviously are not generating sales right now. When sports start playing again, will fans flock to those businesses (especially restaurants) like they used to, or will they be more cautious about discretionary spending? That will be very dependent on unemployment rates when we come out of the pandemic. It’s very likely fans would rather spend on merchandise to show their support and on stadium tickets than on nearby businesses. There is no doubt there will be a mid-term and long-term impact in the world of… Read more »
0
|
0
-   Share

In the scope of this crisis, sports marketing is totally irrelevant.

This is a significant sales hit for retailers large and small and across many retail sectors. The cross-sales created by sports will force many businesses to declare Chapter 11. This won’t just be concessions but restaurants, sporting goods retailers and others that have invested heavily in the Olympics, basketball, hockey, baseball and potentially football as well. America is heavily invested in sports and their cancellation will have wide repercussions.

The loss of sports has created a pent up tsunami of desire to “play ball” (and all other sports). The excitement created will drive an explosion of fans into sport stores faster than we imagine. Doubt it? Just go to any sports bar opening week and the next five weeks and look to see if you can get a seat to watch the game and eat your wings. Just sayin’ – all the fans will be easy to identify by their wardrobes.

We will see most dollars for team sports moving to more individual physical activities. Folks will be staying healthy in different ways, meaning more yoga mats than baseball gloves, more cross trainers than soccer cleats. Sports marketing will shift as well, but there will be a pent up demand, some of which will increase fantasy sports and video games. Celebrity engagement might drop a bit, but what really happens is a static state for marketing initiatives. The heroes at the end of the season will continue to be the big sports celebs through the crisis.

I used to think sports was an important part of my daily life. Not having sports now has given me more time to focus on other more important things. That said, losing sports means we have lost a diversion that was important to many people if not most, depending on the sport season. This does not answer the question. But sports plays/played an important role in our daily lives– if only as a diversion.

Mr. Powell, this could be a “game changer” (sorry … just too hard to resist). I think he’s seriously underestimating the effect of this episode: prolonged loss of revenue could force some marginal franchises under and a major recession/depression will inevitably force cutbacks in non-essential spending. Whatever your spouse or child may think, cheese shaped hats, $400 shoes and — especially — $2500 season tickets aren’t essentials.

Alternately, people may continue to spend what money they have on what they value, and while some people will (wisely, I think) paint their house, others will spend it on weekend football parties. We’ll just have to wait and see.

I like “game changer.” The more time we spend without sports, the less valuable we will realize they are. Sports are part of the fabric of America, but what we have today is simply over-hyped entertainment.

Braintrust
"Sales will pick up once things open back up but they won’t yield the same revenue as the opportunities that will have been missed."

"The loss of sports has created a pent up tsunami of desire to “play ball” (and all other sports)."

"The loss of major sporting events is going to be crippling to small businesses who rely on the foot traffic of fans around arenas and ball parks."