What does Unilever’s acquisition of Dollar Shave Club mean? 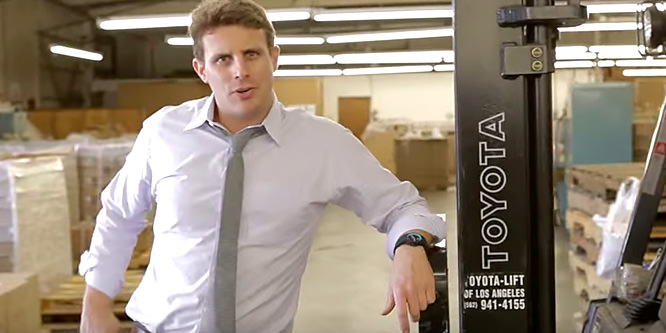 Procter & Gamble may be dipping its toe in the water when it comes to subscription services with its Tide Wash Club pilot, but Unilever is diving head first into the deep part of the pool with its announced acquisition of Dollar Shave Club for a reported $1 billion.

The deal between the two companies will keep Dollar Shave Club founder and chief executive Michael Dubin running the company as an independent business.

Dollar Shave Club came to prominence four years ago with irreverent online ads starring Mr. Dubin that poked fun at the high prices men had to pay for razors sold by P&G’s Gillette and rival, Schick. The spots quickly went viral and today the company is reported to have over three million subscribers while holding about a five percent share of the American shaving market.

A big part of Dollar Shave Club’s subscriber growth has come from its ability to mine its data to curate messages that keep members both entertained and engaged. Even with this, Dollar Shave Club is not yet profitable, according to experts. In recent years, Dollar Shave Club has expanded beyond razors to a number of personal grooming lines for men including Wanderer personal wash, Big Cloud skin care, Boogies hair styling and One Wipe Charlies daily wipes.

“Dollar Shave Club is an innovative and disruptive male grooming brand with incredibly deep connections to its diverse and highly engaged consumers,” said Kees Kruythoff, president of Unilever North America, in a statement. “In addition to its unique consumer and data insights, Dollar Shave Club is the category leader in its direct-to-consumer space. We plan to leverage the global strength of Unilever to support Dollar Shave Club in achieving its full potential in terms of offering and reach.”

The acquisition by Unilever is expected to help Dollar Shave Club take its subscription model to overseas markets.

DISCUSSION QUESTIONS: What does Unilever’s acquisition of Dollar Shave Club mean for retailers and CPG brands in the U.S. market? What do you expect Unilever and Dollar Shave Club to gain from their relationship?

Please practice The RetailWire Golden Rule when submitting your comments.
Braintrust
"This acquisition adds more legitimacy to the direct-to-consumer model for CPGs, and other CPG brands will certainly follow suit."

"It’s much, much easier to buy eyeballs than attract them."

"From an “establishment” retail standpoint, this is a game-changer."

12 Comments on "What does Unilever’s acquisition of Dollar Shave Club mean?"

As we all commented recently after the Tide Wash Club announcement by P&G, this paradigm is shifting quickly and not in favor of the traditional retailer. One — and not the only — advantage of this acquisition is that by investing in Dollar Shave Club, Unilever has a acquired a direct-to-consumer channel of distribution that knows how to do this type of selling, with the added benefit that now Dollar Shave Club will have the advantage that Unilever can provide product, unique/private label product if need be, at manufacturer’s cost. The gross margin to Unilever will be very good. Sadly, they will be hurting the very customers that got them to where they are; the traditional retailers.

Currently, 2 percent of CPG products are sold online with a forecast of 10 percent by 2020. This relationship enables Unilever to learn/develop a bona fide online business while providing an infusion of capital to the Dollar Shave Club. Also, this acquisition allows Unilever to compete with one of its largest competitors, namely P & G, which offers free shipping on all orders $49 and over on its online shopping site.

The real potential losers in this acquisition will be traditional food retailers who have not moved to an omnichannel offering. Disruptive? Yes. P & G and now Unilever will sell directly to consumers, resulting in another form of leakage (in addition to Amazon, Peapod, Instacart, etc.) of business from brick-and-mortar retailers, particularly in the center of the store.

Unilever has a good track record of acquiring iconic innovative small brands like Ben and Jerry’s and still letting them “do their thing.” Buying Dollar Shave Club enables Unilever to better understand and develop its direct-to-consumer model, particularly the ability to analyze consumer data and create personalized targeted offers.

This acquisition adds more legitimacy to the direct-to-consumer model for CPGs, and other CPG brands will certainly follow suit with their own versions. Retailers have to recognize that this option exists for shoppers and enhance their own value proposition to keep shoppers coming to their stores.

Starting with a consumer direct business that does not impinge on their products sold through retailers is a stroke of genius by Unilever. This opportunity to learn and develop strategies and to execute them against one of their competitors in P&G will allow them to potentially dig into Gillette’s market share while gaining traction with consumers for future products (i.e., their men’s body wash and deodorant businesses). Additionally they will not be damaging their relationships with retailers while they learn.

If Unilever runs this business autonomously similar to Ben & Jerry’s they have a great opportunity to succeed.

It’s much, much easier to buy eyeballs than attract them. Unilever’s move is much bolder, smarter and better positioned than P&G’s gesture with Tide.

About the acquisition — it may seem that the multiplier is high on the buy. But I think that it’s a good value for the money. There are a few reasons for this:

I believe that Unilever’s acquisition of Dollar Shave Club may mark a turning point in the CPG industry where brands become far more willing to go direct to the consumer than they had in the past. Dollar Shave Club represents the very real threat that entrenched incumbents can be threatened by upstarts that brands feel they have to protect against at all costs.

Unilever wants more customers and sales. Every company does. Growth through acquisition is a strategy. But what Unilever will get is more than sales. They will get a business model that is far different than their traditional strategy. They will learn about engagement at a level they have not implemented in the past. And they will learn the strategy of convenience, which is one of the biggest trends in customer service/experience.

If you can’t beat them, buy them! Hopefully Unilever will leverage (as opposed to assimilate) Dollar Shave Club. And it’s interesting that it coincides with the timing of P&G’s Tide Wash Club. I expect CPG companies to pick up the pace and innovation on compelling consumer-direct offerings.

Why does a blade that costs less than a quarter to make sell for 15 to 20 times that amount? It’s about hitting your own ROI targets on top of the R&D and advertising costs and the margins wholesalers and retailers need to make. That blade had to feed and nurture a lot of stakeholders and was able to do so as long as it commanded differentiated attributes. The formula worked well for decades — maybe too well not to attract new entrants. So in 2011, enter Dollar Shave Club. The ease of launching an online company doing direct-to-consumer subscription services was made possible with infrastructure technology help coming from Amazon’s AWS and adoption of cloud computing. Creating awareness did not require expensive TV ads, but YouTube videos. Wholesale and retail margins were bypassed. The entire value delivery model was changed from manufacturing to point of consumption. Consumers are looking for convenience and value. How they attribute trust to brands is no longer the same as once made popular (and profitable) by icons of consumer… Read more »
4
|
0
-   Share

I have been following the DSC for a few years. Not only did they exploit a now obvious opportunity in the razor market, they did so with clever marketing that only a startup can do. The result is a very nice ROI for their early investors upon this acquisition. It is clear they are capable to generate a lot of subscribers and PR. The question is, can they generate enough profits to support the business model?

What Unilever gains from this acquisition is intelligence and a proven platform. Undoubtedly they are looking at ways to expand the direct-to-consumer portfolio to extend across a broader swatch of the Unilever portfolio … and this, I profess, is a highly-productive path to market for Unilever.

From an “establishment” retail standpoint, this is a game-changer. My recommendation to my retail colleagues and friends, recognize that this new direct channel is real, that it is growing, and that it is resonating with consumers. And figure out a way to work with it not against it. Where could you — as a brick-and-mortar retailer — add value to the equation. If you can’t determine a way to actively participate in this new channel, then you must prepare for the percentage of business erosion to continue.

It means that Harry’s, another direct-to-consumer subscription model for shaving products, will more than likely be acquired by a CPG company sooner rather than later.

As for Unilever, I believe they made the acquisition of Dollar Shave Club to learn the business model and expand the model to other products. I believe very strongly that subscription e-commerce will grow significantly over the next five years.

Braintrust
"This acquisition adds more legitimacy to the direct-to-consumer model for CPGs, and other CPG brands will certainly follow suit."

"It’s much, much easier to buy eyeballs than attract them."

"From an “establishment” retail standpoint, this is a game-changer."