What is Jet.com’s future after its reorg within Walmart? 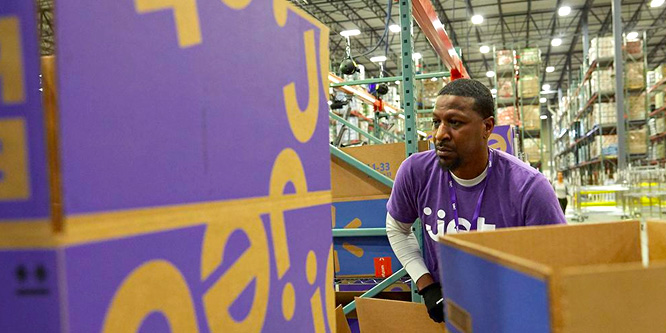 Where does Jet.com fit within the Walmart universe? That’s a question that has been asked since the world’s largest retailer acquired the online startup for $3.3 billion in 2017. Perhaps, the answer is coming into greater focus with the announcement earlier this week that Walmart is folding Jet.com’s teams — analytics, marketing, product, retail, technology, et al — into its corporate web organization.

The announcement included the news that Simon Belsham, president of Jet, will be stepping down in August. The responsibility for the site will come under the direction of Kieran Shanahan, who runs the consumables, health and wellness categories for Walmart eCommerce. Mr. Belsham will help in the transition during his remaining time at Walmart.

In a blog post discussing the transition, Marc Lore, CEO of eCommerce for Walmart U.S., wrote that the latest changes are part of a process of repositioning Jet since completing its acquisition two years ago.

Jet.com, which will continue to operate after the transition, was reset last year as a site where city dwellers, living in locations where Walmart had little to no store presence, could gain access to “iconic local brands” and others not sold on Walmart.com, such as Apple and Nike. At the time, Jet was positioned as a place that offered a more “humanized shopping experience designed to inspire shoppers and reduce the time required to solve everyday living needs.” This refocused Jet, Mr. Lore wrote, helped Walmart “create a smart portfolio approach where our businesses complement each other.”

Mr. Lore emphasized that Jet remains a valuable property within Walmart, and plans call for trying to build on the success that it has found in the New York metro area, in particular, and expand to other cities that will deliver a return on its parent company’s investment.

“Our teams are continuing to innovate, and we’ll be bringing more incredible experiences to customers and associates,” he wrote. “I can’t wait to share more of those this year.”

DISCUSSION QUESTIONS: What do you see as Jet.com’s role within Walmart? Does the site have a future with its current niche or do you think significant changes will be needed in the future?

Please practice The RetailWire Golden Rule when submitting your comments.
Braintrust
"My view is that Walmart will keep the brand around in a niche capacity, focusing on certain geographies and certain target markets."

"First off, I think integrating the two businesses is the right thing to do. Both teams can learn from one another..."

"I thought keeping Jet separate inside and out was a good idea ... Must be an operations move."

6 Comments on "What is Jet.com’s future after its reorg within Walmart?"

Walmart’s acquisition of Jet.com was always about acquiring talent and creating a catalyst for the wider transformation of e-commerce in the core Walmart business. That mission has largely been accomplished, and so it makes sense that Walmart continues on the path of integration.

The question is less what happens behind the scenes — as it is inevitable that Jet.com will become a fully integrated part of Walmart — but what happens to the Jet.com brand over the medium to longer term?

My view is that Walmart will keep the brand around in a niche capacity, focusing on certain geographies and certain target markets. However, I don’t think much effort will be put into developing the Jet.com brand now that Walmart’s core business has found its stride in e-commerce.

First off, I think integrating the two businesses is the right thing to do. Both teams can learn from one another and ultimately, it’s the Walmart brand that will rule the day. However, Jet.com has a solid brand and some nice numbers (e.g. the news this week that the JetBlack average monthly spend is $1500) so I would anticipate it remaining separate and building on the niche it has created.

I thought keeping Jet separate inside and out was a good idea. Studies we’ve done show Walmart as not only one of the most loved (best) brands, but also one of the most hated (leading the “worst” category 3 years in a row), which, in itself is worth a study! But for those customers who are not infatuated with Walmart and their M.O., a totally new avenue that’s already proven to be successful sure seemed like a great online (see also: the future) alternative.

Must be an operations move. Interesting how retailers now talk about “focusing on the customer,” but still execute primarily for the benefit of their own operations and bottom line. Efficiency, internal cost, payroll, structure, logistics, etc, still rule the day. Duh, Lee. But I guess one can dream, eh?

I’d question the use of the phrasing (“good or bad”) to describe Jet’s future, unless of course you wish to view it solely in terms of autonomy; but whatever the semantics, I doubt many — if any — will be surprised: except maybe for Bloomingdales (under Macy’s Inc.) the fate of an aquiree is always to disappear into the mass of the acquirer … a worker ant sacrificing itself for the greater good.

Initially, when Walmart acquired Jet.com, I thought they would keep Jet.com as a separate brand to be its main competition to Amazon. However, since the acquisition, Walmart has focused almost entirely on infusing the e-commerce technology from Jet.com into the Walmart.com site. With very little advertising to create awareness of Jet.com, revenues have suffered.

While Walmart may keep the separate Jet.com brand, without marketing support, it will continue to wither away.

Walmart needs to maximize e-commerce sales on a holistic basis. The revenue trends at Jet.com are immaterial if overall online sales grew an impressive 34% as they did last quarter.

Like many companies that make large acquisitions ($3.3B in this case) there’s a before-and-after difference. Before acquisition, the excitement of the “new” leads managers to forecast investment and growth in the asset. After acquisition, investment in the asset must compete with other uses of capital and can get crowded out.

The before-and-after dichotomy is fine unless it makes it harder for Walmart to retain human capital to make Walmart e-commerce better. After Walmart became the #3 online retailer in 2018 and has set sights on being #2, we’ll see what’s next.

Braintrust
"My view is that Walmart will keep the brand around in a niche capacity, focusing on certain geographies and certain target markets."

"First off, I think integrating the two businesses is the right thing to do. Both teams can learn from one another..."

"I thought keeping Jet separate inside and out was a good idea ... Must be an operations move."