What will the Roundy’s acquisition mean for Kroger and Mariano’s? 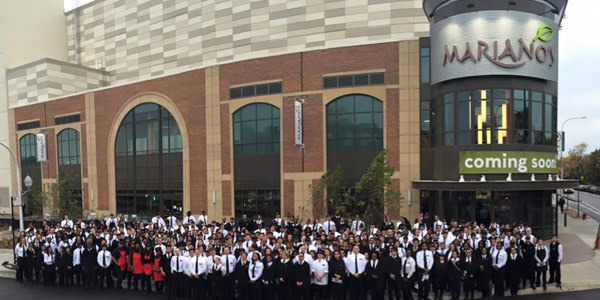 Kroger, the largest operator of supermarkets in the U.S., is about to get bigger. The company announced a definitive agreement to acquire Roundy’s in a transaction valued at $800 million, including debt. The equity value of the deal is $177.8 million, valued on Roundy’s outstanding shares as of August 3rd, 2015.

Rodney McMullen, chairman and CEO of Kroger, said the company would use its strong financial position to help Roundy’s compete more effectively in the chain’s home market of Wisconsin while pursuing a growth strategy with the 34-store Mariano chain Roundy’s runs in Chicagoland. Roundy’s, which overall operates 151 grocery stores and 101 pharmacies, generates just under two-thirds of its sales in Wisconsin.

"We admire what Bob Mariano has done with the Mariano’s banner in Chicago, where he has created an urban format that is resonating with customers and we expect to apply Roundy’s experience to our stores in urban areas around the country," said Mr. McMullen in a statement.

In an interview with the Chicago Tribune, Mr. Mariano said the chain named after him would not suffer as a result of being acquired by Kroger.

What will the merger of Kroger and Roundy’s mean for each company? Do you see Mariano’s as the big prize in the deal?

"Everything I hear about the integration of Harris Teeter into Kroger has been positive, with the exception of the exit of the chain from the Nashville market where they had less than 10 stores and Kroger has a strong market share."

14 Comments on "What will the Roundy’s acquisition mean for Kroger and Mariano’s?"

Mariano’s and the new generation of modern Kroger stores in upscale areas are similar. So Kroger should fit in well operating Mariano’s. Kroger will most likely close or sell about 50 stores in Wisconsin that are low volume, redundant or simply not profitable. Prices in Wisconsin will probably drop four to five percent and be more competitive. Roundy’s no longer has to worry about going through a bankruptcy to survive. Stockholders will not get something. If you bought two days ago, you are a big winner. If you bought two years ago, you lost big. Debt holders are sleeping better at night.

The success of Mariano’s certainly gives Kroger a foothold in the Chicago market, and a vehicle for brand positioning much different from Jewel or the big discounters’ grocery operations. Mariano’s may be the prize possession but it is a relatively small part of Roundy’s portfolio. Roundy’s still generates most of its sales from its mid-market Pick ‘n Save and Copps locations here in Wisconsin. These stores have steadily lost market share to Woodman’s, Walmart, Aldi, Costco and now potentially Meijer. And frankly, Roundy’s has been slow to expand its Metro Market concept (the local version of Mariano’s) fast enough while the upscale (and locally owned) Sendik’s chain has expanded rapidly. As a shopper at my neighborhood Metro Market and Pick ‘n Save (about five miles apart from each other), I hope Kroger management brings better operating attention to detail to the market. Long checkout lines, expired dairy and an overabundance of private brand have not helped Roundy’s win the market share war. Meanwhile, Mr. Mariano has been more focused on his personal re-entry into Chicago,… Read more »
0
|
0
-   Share

Everything I hear about the integration of Harris Teeter into Kroger has been positive, with the exception of the exit of the chain from the Nashville market where they had less than 10 stores and Kroger has a strong market share. This acquisition looks to be similar, although it will be interesting to see what happens to the old Copps stores and other locations that don’t fit the traditional Kroger format.

Kroger’s formula for successful acquisitions has been to maintain and even accentuate the acquired properties’ best attributes, including the banner name. Having said that, with the Pick ‘N Save banner being a questionable performer, it will be interesting if Kroger chooses to retain that name and even the format.

As others have stated, the Mariano’s format is consistent with Kroger swinging more upscale (Harris Teeter acquisition) and upgrading their fresh presentation in their base stores. As it did with Harris Teeter, Kroger will learn from Mariano’s and transfer what they deem to be valuable to their other fresh operations across the chain.

Pricing from Kroger will be as good as it has to be to be number one or two in market share in the various markets in Wisconsin, and dunnhumby-driven modeling will guide many of the decisions as to how to price, which stores to keep and their overall market positioning.

This is not Kroger’s first acquisition rodeo and it will likely not be its last.

In October we did some analysis for some private equity groups that specialize in buying debt of distressed companies. October was a bad month for Roundy’s and I’m sure the downturn led to their decision to have Kroger bail them out. We found about 25 stores in the Milwaukee metro area that should be closed and I suspect Kroger will close those down. If you have seen some of the new Krogers that have opened around the country, you will find they are on par with Mariano’s or perhaps even more upscale. Kroger will need to raise the sales per square foot of the Wisconsin stores about 25 percent. To do so will require closing the worst performers. Sales will then flow to the remaining stores that have historically done well but have suffered in recent years. The competition in Wisconsin will also be a big winner as they will have fewer stores to compete with and perhaps even pick up a few that are sold off. The losers will be those who lose their… Read more »
0
|
0
-   Share

Kroger gets an entree into the Chicago market — that’s its biggest benefit. If the future holds more Mariano’s-type stores then Kroger gets a ready-made success story to copy.

Additionally, some traditional Roundy’s stores need significant buffing and polishing — Kroger is very good at that. Mariano’s has been a success for Roundy’s in Chicagoland and that will no doubt expand.

Plus the market in Wisconsin is definitely heating up and Kroger will be better positioned to compete than Roundy’s on its own.

Mariano’s is certainly a prize, giving Kroger a format to build around in other urban markets. It’s odd to think about Kroger as being that upscale. The Harris Teeter format is really not that upscale, the stores are big and packed with tons of bad-for-you foods. Kroger should learn more about individualized stores from Mariano’s and apply that knowledge to Harris Teeter. A desire for better quality, more organic, way more local and less processed packaged food is what I hear from Harris Teeter shoppers in the Charlotte market all the time.

A great acquisition for Kroger and I expect Kroger’s other banners will benefit from Mariano’s innovation efforts and the Roundy’s and Mariano’s banners will both benefit from Kroger’s loyalty card and shopper analytic platforms. One area where I felt Mariano’s was missing the mark was the use of Roundy’s private brand assortment. I would have launched a “Chairman Bob’s” line of more premium private brands for that chain. The combination of the Mariano’s strong foodie format will now fit nicely with Kroger’s tiered approach to private brand offerings.

Kroger’s has made a smart move acquiring Roundy’s. In the last paragraph, Mr. Mariano stated “he is still on watch.” I can see he means it. But I wonder what is really going to happen beneath the surface as Kroger begins to flex its muscles.

Kroger doesn’t make too many mistakes, but Chicagoland is one tough market. We’ll see. I’m not so sure this acquisition could be described as a prize in any form, but it does allow Kroger into a region where they don’t play. If that is what it takes to get it, I’m not so sure it is worth it. I’m sure they see more potential than I do.

I also believe it is naive to think that there will be no change. There will be. How Kroger implements it will factor into determining how they will win or lose associates in the process.

Efficiencies of scale, higher productivity, lower costs, and better access to resources and tools will be the plus for Roundy’s. Kroger increases both its reach and market share, while decreasing its competitors.

Great fit here. Kroger will bring Mariano’s on much as they did Harris Teeter — both banners will learn from each other. Mariano’s is a terrific operation that Bob Mariano has brought to the market these past 7 years. Kroger banners around the country will learn from their innovation, as will Mariano’s from Kroger.

Kroger’s financial strength, which Dave Dillon, former CEO strongly enhanced, will position the Mariano banner for smoother, added expansion. In addition, that financial strength will serve to boost the Pick ‘n Save, Copps, and Metro Market stores in Wisconsin, which have become a bit dated.

The frosting on the cake in about 24 months will be the enhanced buying power and distribution network that the Roundy’s group will experience as a part of Kroger.

Should be a great move for Bob Mariano and Rodney McMullen, Kroger’s current CEO. Completes an important Midwest package for Kroger as that success journey is positioned to continue to grow and prosper.

This saved Roundy’s from bankruptcy and was very urgent.

Mariano’s is the biggest prize as it has many strengths that are significant Kroger weaknesses. Such as fresh department quality. Such as customer image of product quality. Such as customer engagement in service departments. Mariano’s does so many things so well and knowing Kroger, I’m confident Kroger will learn from this. Kroger is a company that is humble, knows its faults, and is not afraid to change to be better. Kroger is not arrogant like Safeway and Albertsons, so I don’t expect to see many comparisons to them.

At the same time, given Pick n Save having a lot of operational problems, between many out of stocks, long checkout lines and generally understaffed stores, all of which are things Kroger does well, I do expect Kroger to flex some pretty serious control and change over that operation. Luckily Pick n Save still runs medium to high volume stores so it won’t be too hard to add staffing and get back to some basic standards.

"Everything I hear about the integration of Harris Teeter into Kroger has been positive, with the exception of the exit of the chain from the Nashville market where they had less than 10 stores and Kroger has a strong market share."