What would Amazon do with Boost Mobile? 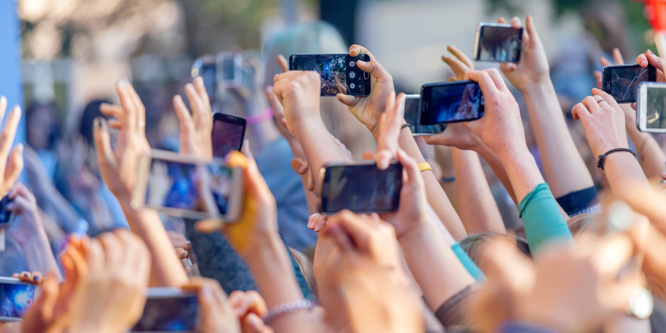 Amazon.com is exploring an acquisition of Boost Mobile, Sprint’s low-cost, prepaid carrier, as well as any wireless spectrum (or airwaves that carry data) that may become available as a result of the Sprint and T-Mobile merger, according to Reuters.

Sprint is selling Boost as a regulatory condition included in the mega-merger of the third and fourth largest telecoms, behind AT&T and Verizon.

Amazon is interested in the acquisition because Boost would provide access to the wireless network of the new T-Mobile for at least six years, sources told Reuters. That fact has still left observers wondering exactly why.

With Boost Mobile, Amazon would become an MVNO (Mobile Virtual Network Operator), just like Google. Amazon-tailored cellphone plans could be bundled with the mobile phones it already sells to include deals extending to Prime subscribers. Amazon’s internet-connected hardware devices may benefit from better coverage.

Amazon could also spend six years renting bandwidth as it builds out its own network. The Department of Justice is hoping for a new wireless carrier to emerge to avoid the number of carriers dwindling to three.

Much like its logistics investments are seen reducing its reliance on FedEx and UPS, more control of internet connectivity could support everything from Echo devices to FireTV, Prime Video, a new Amazon smartphone and potentially delivery drones.

“Owning its own wireless network, especially if Amazon had its own chunk of spectrum and network infrastructure instead of relying entirely on T-Mobile, would give Amazon another way to reach customers directly,” wrote Klint Finley for Wired. With the FCC ending net neutrality, Amazon’s own network “could prioritize its own services over those of its rivals.”

“The U.S. wireless industry is a very large and inefficient market,” wrote Timothy Horan, an analyst at Oppenheimer, in a note. “We think this is a perfect market for Amazon to enter and to be disruptive.”

Naysayers to Amazon’s telecom entry cite the exorbitant costs in equipment, wireless spectrum and cell towers that would be required. Veteran telecom analyst Craig Moffett of MoffettNathanson, added in a note, “Would Amazon really want to open itself to the regulatory scrutiny and limitations that come with being a telecom provider?”

DISCUSSION QUESTIONS: Does it make sense for Amazon to acquire Boost Mobile and/or launch its own wireless network? Would you encourage a move by Amazon into telecom?

Please practice The RetailWire Golden Rule when submitting your comments.
Braintrust
"Adding Boost to the Prime bundle would be an enticing offer for customers. I can see them capturing market share quite fast with this approach. "

"This deal is more about the the wholesale deal between Boost and T-Mobile than it is about Amazon wanting to be in the wireless telecom business."

"If I were Amazon, I’d make the acquisition if for no other reason that it lets me hedge my bets."

12 Comments on "What would Amazon do with Boost Mobile?"

Adding Boost to the Prime bundle would be an enticing offer for customers. I can see them capturing market share quite fast with this approach. At some point, I can even imagine Amazon offering a discount for customers that allow push ads and commercials.

Monopolies and oligopolies are bad for consumers. So having another viable player added to the mix to disrupt telecom is a good thing. This would certainly shake up the industry. At least in the short term, you would see retention options thrown at current customers, and sweeter new deals in preparation for Amazon’s entry. All good for consumers.

According to an article I read this morning, U.S. wireless costs are over double the rest of the world. If Amazon can disrupt the wireless network space like it has every other industry it has entered, this means lower costs for consumers. In addition, with their bet on voice as a major commerce channel – owning their own network where they can prioritize their own customers would be a win for them.

Of all the reasons why Amazon might not want to buy Boost Mobile I believe the comment by Mr. Moffett may be the one that deters them from doing so. Amazon, Google and Facebook all face increasing scrutiny for a variety of reasons. Willingly entering an industry that already operates under a great deal of regulation would be the last thing any of them would want to do.

It is likely that Amazon would buy Boost Mobile. It fits along the line of Amazon purchasing its own trucks and vans for delivery services instead of always using FedEx and UPS. Boost would give Amazon a network to leverage sales of mobile phones as Google has done. Amazon would also get a new set of customers to tie into Amazon Prime.

Amazon has a balance sheet and resources to become a telecom provider. If it works out, it will be good for Amazon. If not, they will sell the network to someone else and be able to sustain the loss if there is one.

If Amazon acquires Boost Mobile, it won’t be just because they want to get into the wireless telecom industry. They want more customers. This will give Amazon the opportunity to grow their Prime membership.

For the consumer this is a win, too. Amazon will hopefully (I know it’s their plan) offer a service that is, as always, customer focused. An Amazon experience with a wireless network can only be good for all of us.

Strategically the answer is simple … Why not?

Networks are the future, no matter what devices and/or platforms they support. If you are Amazon you have two choices: buy/build your own; or, lease space from somebody else who will control your growth at best and, at worst, might become a competitor or be purchased by a competitor somewhere down the line. So if I were Amazon, I’d make the acquisition if for no other reason that it lets me hedge my bets.

This deal is more about the the wholesale deal between Boost and T-Mobile than it is about Amazon wanting to be in the wireless telecom business. If the government mandates a “good” deal be worked out in advance of blessing the divestiture, then Amazon might be able to access T-Mobile’s network at low prices, enabling the advancement of 4G services that augment its existing business.

Let’s evaluate this from a different perspective, summed up in one word – consumption. Amazon wants customers that consume as much of their media services and buy as many of their goods as possible. That’s why Prime was created – to remove friction from the process of consuming goods and services. Adding a wireless network could be a very smart move (some might say, the gangster move of wireless in 2019) to further remove friction from that consumption model and increase not only the number of Prime customers but the lifetime value of those Prime customers and their average transaction size. This is about much more than just becoming an MVNO and offering wireless service plans.

I don’t think it makes sense for Amazon to move into telecom — why dare regulators to initiate an anti-trust investigation as they have just done with Google?

On the other hand, they need profit. It’s increasingly clear they’ll never make profit on over 50 percent of their revenue. Will Boost get it for them? Not with margins like AWS. But adding Whole Foods improved their profits (kind of an ironic statement). Adding Boost just might do so as well.

This is another example of Amazon executing their strategy of entering (and then dominating) category/industry after another.

Given the potential amount of data that can be collected from mobile usage and the fact that projections suggest that IoT connected devices ordering product will in the next 10 years outnumber people, I am amazed Amazon have not moved into the area of mobile networks already.

Braintrust
"Adding Boost to the Prime bundle would be an enticing offer for customers. I can see them capturing market share quite fast with this approach. "

"This deal is more about the the wholesale deal between Boost and T-Mobile than it is about Amazon wanting to be in the wireless telecom business."

"If I were Amazon, I’d make the acquisition if for no other reason that it lets me hedge my bets."