Where are all the retail ad dollars going? 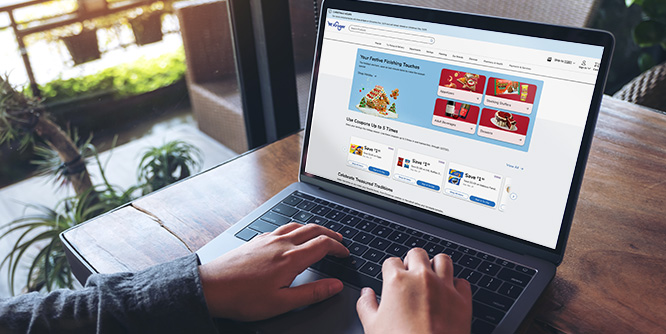 This is the sixth in a series of articles from members of RetailWire’s BrainTrust panel speculating on coming retail trends and developments for 2023.

If only the legendary merchant John Wanamaker was alive today and using digital media. He’d have less cause to say, “Half the money I spend on advertising is wasted; the trouble is I don’t know which half.”

The answers that marketers have gotten from using digital media has earned them a seat at the decision-making table of consumer centric businesses.  Marketers are able to share acquisition numbers, retention needs, average order value growth and insights based on retargeting and omni-marketing plans.

The year 2022 appears to have marked a crossroads in the modern marketing age. New privacy regulations are now shielding valuable consumer data. Facebook for the first time posted a decline in year-over-year (YOY) ad revenue. Legislators have proposed banning TikTok from the consumer market and Twitter under Elon Musk is in a state of flux or chaos depending on whom you ask.

According to Insider Intelligence, total digital ad spending worldwide will not be growing as robustly over the next two years as previously forecast. Spending, which was predicted to grow 15.6 percent YOY, is now projected to grow nearly half that at 8.6 percent.

Not all digital platforms are being impacted in the same way, but a softening is expected nearly universally. Twitter’s new ownership and reorganization has sent expectations spiraling (though the long-term effects are still in play). Meta is tracking to decline YOY two percent with caution assessed through 2024. Even Google ad spend is being reassessed by marketers.

The buzz around live shopping as a new emerging layer of retail only appears to have gained traction in China and has yet to become mainstream here in the US. What could have been an incremental media opportunity to drive brand engagement, elevate product value and drive higher conversions has yet to earn its place in the matrix. And, while there seems to be a renewed interest in “traditional” media like direct mail, email and SMS, each of those has cost, saturation or other challenges such as only targeting existing customers.

The one shining light is for retail media networks. This is the fastest growing segment and is set to be the third big wave in digital advertising. Retail networks are predicted to grow five-times in five years with 42 percent YOY growth as advertisers look for more immediate return on their investments by focusing on the platforms and channels closer to the point of purchase.

DISCUSSION QUESTIONS: Where do you see retailers spending their ad budgets in 2023? Will the amount of brand ad dollars currently flowing into retail media networks such as Amazon’s, Kroger’s, Target’s, Walmart’s, et al, grow significantly?

"Retail media networks are growing and will continue to accelerate in 2023 as ad dollars shift away from less stable or reliable social media platforms."

"The broader your audience, the harder it will be to pinpoint where to spend the ad budget."

5 Comments on "Where are all the retail ad dollars going?"

Remember the days when it was just radio, TV, print, and direct mail? Now we have SO many media channels to spend our money. The short answer is to understand where your customers are. An older generation still likes to read newspapers. A younger generation is drawn to other media channels. The broader your audience, the harder it will be to pinpoint where to spend the ad budget.

It makes sense that marketing-spend measurement is easier and more accurate the closer you are to the tip of the funnel, but does not absolve the brand of doing the upstream work on awareness and consideration — so is not a viable substitute for social media. Retail media goes in the same bucket as POP displays and packaging design — it’s the last chance you have to make the sale.

Shep Hyken, agree your comments on spending ad dollars. And I would add that we will see new markets that will need to be cultivated which will suck up the ad dollars — hopefully for penetration and response of new customers.

"Retail media networks are growing and will continue to accelerate in 2023 as ad dollars shift away from less stable or reliable social media platforms."

"The broader your audience, the harder it will be to pinpoint where to spend the ad budget."