Why are retailers falling short of their hiring goals? 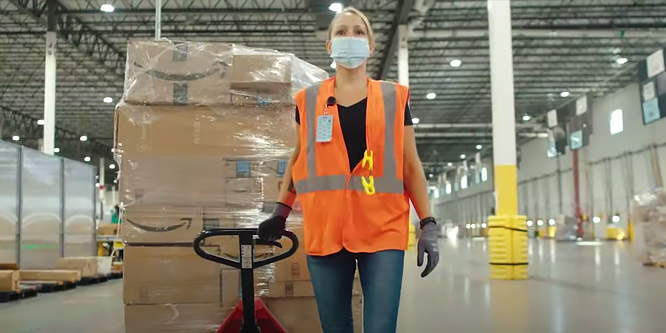 The retail industry has a labor problem. Companies are looking for more workers to fill positions in stores, warehouses and field and corporate offices while in many cases simultaneously dealing with an exodus of employees looking for better opportunities.

Record numbers of workers have been quitting their retail jobs in recent months, in some cases going to other retailers that pay higher wages — Amazon.com, Best Buy, Costco, Sam’s Club and Target, Wayfair all offer a current starting minimum wage of $15 an hour with others such as CVS and Walgreens planning to follow. Many other workers are finding opportunities in other industries, such as legal cannabis, that pay decent wages and have more worker-friendly schedules that don’t require working late nights or holidays.

A Washington Post article published last week reported that 321,000 Americans are now working in the legal cannabis industry. Jason Zvokel , who worked 15 years as a Walgreens pharmacist, fulfills cannabis orders for customers at a marijuana dispensary. He makes five percent below his previous pay but the hours are much better.

“I am so much happier,” he told the Post. “For the first time in years, I’m not miserable when I come home from work.”

According to a Wall Street Journal article published earlier this month, a Harvard Business School and Accenture study indicates that artificial intelligence (AI) technology used by companies to identify and hire workers more quickly could actually be getting in the way of jobs being filled.

More than 10 million workers are being excluded from hiring consideration by AI programs for a wide variety of reasons, such as gaps in employment. In some cases “ballooning” job descriptions by employers make it extremely difficult to create near exact matches in the automated search process.

Industry leaders like Amazon.com and IBM are examining the systems they use more closely to determine how they can be improved to resolve hiring bottlenecks. Some are just going old school and using people to handle more of the vetting process to avoid the perfect becoming the nemesis to achieving good hiring results.

DISCUSSION QUESTIONS: Are retailers’ hiring practices and operations up to the task of bringing on the quantity and quality of workers demanded at this point in time? What do you see as the weakest spots in retail hiring systems and what are your recommendations for resolving them?

Please practice The RetailWire Golden Rule when submitting your comments.
Braintrust
"Retail and restaurant's only alternative is to keep raising wages and improving conditions until some kind of equilibrium is reached."

"The problem with retail is it has become a crappy job, and retailers have abused a weaker labor market in the past and so developed a bad reputation."

"Those like Costco and Apple do not have trouble finding, hiring, and retaining STAR employees."

12 Comments on "Why are retailers falling short of their hiring goals?"

Since the push at most retailers is to hire part time associates, the answer is pretty straightforward. Because of this, workers are forced to maintain two or sometimes three part time jobs. The retailers with systems that make it most convenient for their workers to manage their schedules remotely and the retailers that allow associates to bid on shifts will be the most successful in hiring. The ability to view and manage your schedule remotely and to bid on shifts posted are key elements for any retailer to have in their Workforce Management System.

There are many reasons for falling short of hiring goals, and they are discussed daily on network and cable TV. This is like a perfect storm. Stimulus packages, changes in WFH patterns, people leaving the workforce, compensation and more are all converging to make it difficult for employers to find the amount of help they need. This problem will end when we finally reset in the new normal.

I have mixed feelings on this one. I think the AI-driven programs definitely are not working as intended or are having unintended consequences that companies don’t have enough oversight in place to detect or prevent, and it serves them right for not being more careful about the use of AI. But I don’t think this is retail’s problem. The problem with retail is it has become a crappy job, and retailers have abused a weaker labor market in the past and so developed a bad reputation. Of all the older teens I know – dozens and dozens thanks to being a high school robotics team coach – only one – one! – got an actual retail job once they hit 16. It is not a desirable job. And most Gen Zers that I know think of it as employment of last resort. Crappy hours, crappy customers, “descheduling” instead of getting rid of bad apples, no future with the company, no training, certification, or other benefit that would make them a desirable future employee – what… Read more »
5
|
0
-   Share

I totally agree that retail has become a crappy job. It is an industry based on maintaining a huge workforce that gets paid the absolute minimum retailers can get away with in terms of salary, benefits and quality of life. Examining the future of work has been a trend for at least a decade in several industries and now that time has come for retailers.

The massive crunch in this economy is from supply chain. Hundreds of thousands of workers who used to be in retail and restaurants are now in supply chain. And more to come.

Retail and restaurant’s only alternative is to keep raising wages and improving conditions until some kind of equilibrium is reached.

Retailers have lost touch with their job descriptions. Like the night before a big trip when we panic and start loading our suitcase up with random things we think we’ll need, the rapid evolution of technology, channels and shopper behavior has caused retailers to load up their job postings with unproductive skills. Like all other aspects of retail today, so much change has happened that the entire structure needs to be remodeled. And as job descriptions are re-thought, retailers need to ensure that these jobs offer staff not only salaries commensurate with the cost of living, but room for growth and an empowering work environment to build – and keep – great staff.

If people are leaving and retailers are having trouble recruiting maybe they need to look at their employment practices such as hours, wages and career advancement. This is now an employee’s market and employers must pull out the stops to attract and retain good people. As for AI filtering out people with gaps in their resumes: that’s plain stupid. Unless you know the reason for a gap you can’t possibly make an assessment of someone’s suitability for employment.

Someone I know very well with an advanced degree told me not long ago about their unfruitful job search where a help wanted description listed a dozen or so requirements to be considered for employment. She said that she’d be able to tick off 9, 10 or 11 of the 12 boxes but never as much as a follow up from the employers. I wonder now if an AI system looking for perfect candidates may have played a part. Fortunately, she has since found a job she loves and is no longer actively seeking new employment.

This is not exactly a new problem in retail. Finding help has always been a challenge. The pandemic seems to have massively accelerated it. What’s been interesting for me, as observer, is where the “blame” for this issue has landed. Last year it was “too generous government handouts.” Now the stimulus programs are over, so we’re looking at AI. That would seem to indicate that there are a ton of applicants but they are not are getting through the screening. This is the first place I’ve ever seen that logic and frankly it makes no sense. Before the pandemic lots of retailers were complaining that there was a labor shortage. When really there was a shortage of people willing to take $7.50 an hour to work in their stores. The free market was at work and it wasn’t working in their favor. Target has increased wages, Walmart is offering more benefited positions and, guess what, their turnover has been slowed. In a strong job market, retail jobs with terrible schedules, no benefits and poor pay… Read more »
4
|
0
-   Share

The answer is simple. Most retailers have never developed a strong employment proposition. They can not give a potential employee real reasons why they should come to work for them rather than going somewhere else. Those like Costco and Apple do not have trouble finding, hiring, and retaining STAR employees. By the way, STAR employees are Self-motivated, Talented/trainable, Accountable, and Reliable.

The retail package is not attractive and is still looked upon as entry level, low-end work. Retailers need to change this perception to make it more appealing. There is no way up in retail either, making career pathing important to keep and hire people. Another option would be conversion to a trade and apprentice type of system, but this would suggest specialization — which would be a challenge in retail.

Potential retail employees know retail is not their dream job. Experienced workers don’t want to lose seniority in their stores and running the produce department. While newcomers to retail are dreaming of higher level job prospects. Options for Uber or Instacart have paved the way for scheduling and higher pay — though tempered by the pandemic. Retail as an industry needs to become good looking and needs to compete- like investment banking or high tech.

Braintrust
"Retail and restaurant's only alternative is to keep raising wages and improving conditions until some kind of equilibrium is reached."

"The problem with retail is it has become a crappy job, and retailers have abused a weaker labor market in the past and so developed a bad reputation."

"Those like Costco and Apple do not have trouble finding, hiring, and retaining STAR employees."