Why did IKEA end its pilot on Amazon? 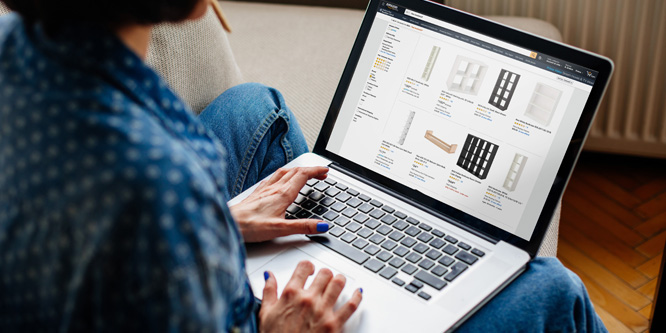 IKEA recently decided to end a pilot in which the retailer tested the strategy of selling on Amazon.com’s U.S. site, although it apparently isn’t giving up on marketplaces — those operated by others or on its own.

The Swedish flat-pack furniture giant said in a statement, “We are curious and keen on exploring new areas to get new insights on how to reach and serve more people. IKEA worked on a pilot project with Amazon in the U.S. for Smart Lighting in 2018. The project was a trial, and after it ended, it did not go live. We will continue to dialogue with different partners to test new ways to meet our customers now and in the future, whenever and wherever they want.”

IKEA has made a range of smaller products available on Amazon.com since 2018 to capitalize on the platform’s quick delivery.

The move to end the pilot drew attention because of Nike’s announcement in November that it would stop selling directly on Amazon’s platform. Amazon has been called out for its alleged failure to control counterfeit sales, for its pricing changes and what some see as an inferior product presentation. IKEA product may still be available at Amazon from third-party sellers.

IKEA didn’t provide further details, but it may be looking to increase its emphasis on selling directly online. Reports say the retailer remains open to working with third-party marketplaces.

A Financial Times article from February 2019 further indicated IKEA was exploring developing its own marketplace that would invite rival brands to sell alongside its own.

Torbjorn Loof, CEO at brand owner Inter IKEA, told the Financial Times that the company is seeking online options beyond the major platforms and its own website. “You like to control your own destiny so in that sense if you have the size and the possibility that’s true [that Ikea would like to create it],” said Mr. Loof. “I think in the next five, 10 years, we will see what we now call the platform developing.”

DISCUSSION QUESTIONS: What do you take from the decision by IKEA to not sell its products on Amazon? Do you think it would be a good move for IKEA to open its own online marketplace with third-party sellers?

Please practice The RetailWire Golden Rule when submitting your comments.
Braintrust
"It’s possible that the test was a method to learn more about selling online so IKEA can open its own DTC service. I suspect we will see more major brands go this route."

"My takeaway is that IKEA has developed or secured a sales channel that can offset their decision."

"A marketplace with a more curated selection, where IKEA is the low price high quality option, makes perfect sense."

12 Comments on "Why did IKEA end its pilot on Amazon?"

I think this is a good move for IKEA and one that we will see other major brands making. Amazon is an important platform, but it is only just one platform. Major brands like IKEA and Nike have the gravitas to develop their own platforms and channels. Given its expansive categories and IKEA’s brand awareness/reach, I think that having their own online marketplace with third-party sellers could make very good sense.

This was the en vogue thing to do for a while, for retailers to get their brands exposed to a larger audience. Many brands are figuring out, however, that they know their brand better than anyone else and are investing the resources to build their brand in-house through digital means and using brick-and-mortar to increase awareness.

I’m going to guess that the one word answer is “control.” Control of the brand message. Control of the look and feel of how the customer sees and perceives the brand and individual product. Which is not to say that Amazon is “bad.” My own view of Amazon is that it is great for casting a broad net, but if a product then has its own website, that’s where I find better information. It feels like Amazon mushes and mashes everything together and there is no sense of individual brand. I don’t think brands like the idea of becoming homogenized in with tons of other product. I think IKEA wanted a more controlled and focused brand story. With Amazon it’s always going to be a question of weighing the pros versus the cons.

My takeaway is that IKEA has developed or secured a sales channel that can offset their decision. Based on IKEA’s distribution model and product, I do not think it makes sense for them to open an online marketplace with third-party sellers. I’m curious to see what they’ve come up with.

IKEA doesn’t need Amazon. Its brand is well-known, and an Amazon partnership presents more challenges than benefits. It’s possible that the test was a method to learn more about selling online so IKEA can open its own DTC service. I suspect we will see more major brands go this route.

IKEA has a cult following which could actually be undermined by being on Amazon, without having much control of the brand and running the risk of being negatively associated with low-quality competing products.

The search function is also not good on Amazon for categories such as furniture, lighting, and home improvement.

Wayfair on the other hand executes beautifully in these categories with high-quality product descriptions, measurements and search filters.

I take the IKEA move as a smart decision. Why market the Amazon brand instead of your own by participating in a marketplace that you don’t control? We live in a world of disintermediation where brands are cutting out the middleman and Amazon is the biggest middleman in the market. There are many examples like sporting goods and department stores where the brands have gone direct to consumer and severely impacted those retail segments. I see this move away from Amazon by these retailers as just the next wave of disintermediation.

IKEA is not Nike. Sneakers can be easily bought on Amazon or any other third-party site. As they say, it isn’t brain surgery.

For IKEA, buying anything but their simplest products requires some depth to that purchase — getting the right size, dimensions, color. It is a fairly complex process. The Amazon environment is not ideal for that, nor is any third-party site.

There’s a lot of competition on Amazon for the exact types of products IKEA makes, and a lot of them are of poor quality. With an emphasis on value, I’m not sure that IKEA really fits within that space. And they have enough brand equity that they don’t have to. A marketplace with a more curated selection, where IKEA is the low price high quality option, makes perfect sense.

The full IKEA experience is an in-person thing and, as others have pointed out, IKEA has a highly successful brand and is already selling online for delivery and for pick up. I suspect that other successful brands may exit Amazon as it is seen more and more as a competitor.

Kudos to Nike, IKEA and other traditional retailers for “experimenting” with Amazon’s e-tail platform. It’s long overdue that traditional retailers (themselves) test and learn on Amazon.com to gain insights, on a limited risk basis, to then take those learnings to help shape their own DTC solutions – versus the other way around.

I don’t make much of it at all (indeed it’s not news that a “pilot” ends — that’s implicit in the term — but rather that the pilot doesn’t lead to anything else). Strong brands don’t need someone else’s platform for sales, that’s what makes them “strong.” Most people, I think, believe that what Amazon sells comes from that company, so if they want an IKEA product, that wouldn’t be where they would look. I’m confused though by this statement: “IKEA product may still be available at Amazon from third-party sellers.” Is IKEA a wholesaler and if not, why would anyone want to buy their products from someone else (presumably at a higher price)?

Braintrust
"It’s possible that the test was a method to learn more about selling online so IKEA can open its own DTC service. I suspect we will see more major brands go this route."

"My takeaway is that IKEA has developed or secured a sales channel that can offset their decision."

"A marketplace with a more curated selection, where IKEA is the low price high quality option, makes perfect sense."