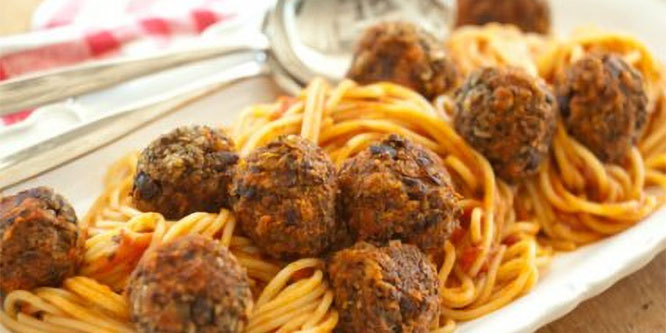 Whole Foods has been among the retail industry leaders when it comes to introducing plant-based alternatives to meat and dairy products. So why isn’t John Mackey, the chain’s co-founder and CEO, singing the praises of meatless meat in press interviews?

CNBC reports that Mr. Mackey is on board with the business opportunity that meat alternatives present for his business and others. Whole Foods was the first grocer to sell Beyond Meat’s products in its stores beginning in 2013.

He also sees an environmental benefit to manufacturing products made from plants rather than raising and slaughtering cattle and poultry. What Mr. Mackey, a long-time vegan, doesn’t see is the nutrition value of these products.

“The [brands] who are capturing the imagination of people — and I’m not going to name these brands because I’m afraid I will be associated with the critique of it,” he told CNBC, “but some of these that are extremely popular now that are taking the world by storm, if you look at the ingredients, they are super, highly processed foods.”

Beyond Meat is just one of a growing number of companies getting into the manufacture of meat, cheese and egg alternatives made from plants. Everyday seems to bring new announcements of grocery and restaurant chains adding plant-based alternatives to their refrigerated cases and menus.

CNBC, citing Euromonitor, reports that sales of plant-based meat alternatives are expected to grow to $2.5 billion by 2023.

DISCUSSION QUESTIONS: Does CEO John Mackey’s assessment of the nutritional value of plant-based meat alternatives undermine Whole Foods strategy to sell these products in its stores?

"So rather than being “off brand” as they first may seem Mackey’s remarks really reinforce the company’s brand promises..."

"It’s refreshing to see a CEO observe what is clearly true about these products — their intense processing."

Dr. Marion Nestle – the widely published author of food books points out that fake meat is yet another processed food with lots of unhealthy ingredients.

John Mackey’s personal assessment and his commercial assessment are different, and I think that’s fine. However, one of Whole Foods’ traditional differentiating factors has been selling clean food that isn’t super processed; some of the meat alternatives do fall into the category. There is a slight step away from this now.

Ultimately, this comes down to consumer choice: Whole Foods will sell things that its shoppers want and as long as it is not selling products that seriously damage the brand – which I don’t think many of these plant-based products do – I don’t see it as a major issue.

It’s an interesting question. A CEO’s personal preferences aren’t always — and maybe should not ever be — reflective of what their companies offer. A teetotaler, for example, could successfully operate a liquor store or restaurant selling alcohol. And, as the article notes, Mackey is a vegan, but Whole Foods already sells meat, dairy products, etc. But the meat they sell does not have additives in the finished product, has been raised and slaughtered in accordance to strict standards, and has been subject to audits. If you asked him about eating that meat however, he would say he would not do it. So rather than being “off brand” as they first may seem Mackey’s remarks really reinforce the company’s brand promises — transparency, selling values-based products, and a commitment to educating customers so that they can make informed choices when they go to the store.

This is an interesting parsing on the part of Mr. Mackey. Let’s talk terminology.
Terms like “healthy” are subjective in both meaning and scope (Healthy for the planet? People? Animals? In relation to what?)

Meat substitutes are not always healthier (based on various definitions), and shouldn’t have to be. Plant-based companies aren’t claiming to make healthier products (unless they do), which is what is so misleading here. The implication is that plant-based companies are making false claims when the claims are implied. Plant-based products should not have to rise to, and prove, a higher standard than non-plant-based products, yet that is the reality.

“Processed” is also an interesting term. I’ll ask this question: How many people have or would walk into a meat processing facility and happily watch how their beef, chicken or even fish, eggs and dairy are “processed”?

Finally, “fake” meat. Is meat that has been artificially created by manipulating the genetics, environments and family structures of sentient beings in the millions, then slaughtered inhumanely more authentic? I’ll take the fake, please.

Most Whole Foods shoppers never heard of Mackey, so his opinions will have no effect. In fact, there really isn’t a story there – it’s just his personal opinion and no official stance from the brand.

Whole Foods is a sell-out so, of course, they will sell what makes money, otherwise explain how Cheerios made it to the shelves of our local Whole Foods store.

I think it’s possible to for John Mackey to separate his personal and business opinions, after all he is a vegan who sells meat.

One of my closest friends is a vegan; I have often watched her struggle to find places to eat when we are traveling. It’s not easy, but these fake meats offer readily available choices she didn’t have before.

Shoppers have to be smart. If these new fake meats are highly processed foods then we should know they shouldn’t be consumed on a regular basis. Now, whether or not that happens is anybody’s guess.

It’s refreshing to see a CEO observe what is clearly true about these products — their intense processing. In fact, after digging around I’m not even so certain they are “better” environmentally but haven’t reached a firm conclusion. (Their benefits are clearly over-stated.)

The key question at this point is whether “meatless meat” is a fad or a substantial trend. Nutrition without meat is far harder to achieve and it takes serious effort. These products sell because they offer the perception of nutrition (“I had a sausage”) without necessarily providing nutrition.

My advice to grocers is to be cautious here. Get the sales you can from the meatless fad but it may be short lived. (How much pea powder can one eat, after all? 🙂 )

While we often assume that there is a direct connection between what the CEO of a company believes and the actions of the company that is not always the case. Mr. Mackey expressed his personal beliefs but that does not mean he will not sell products that his customers want nor should he.

This is a fascinating discussion for me, a lifelong vegetarian, but not vegan. That is milk and eggs are a regular part of my diet — and even, very rarely, meat. My perspective on this is driven by the assault on the egg business “40” years ago based on their high cholesterol content. The whole health/medical community beat the drum, damning eggs in the diet. It was incredibly stupid, since metabolically, dietary cholesterol has very little impact on serum cholesterol in your blood. Blood cholesterol is largely manufactured by YOU, from fatty foods you eat, whether meat or vegan. Dietary cholesterol is an insignificant factor, since it is largely indigestible anyway — and a very minor part of any diet. See: “The Case of the Equivocal Steroid” – An Essay on Cholesterol” 1984. Now the significance of this is that the egg board was well aware of these facts, and CHOSE NOT to oppose the barrage of ignorant professional misadvice. A friend and colleague associated with the board reported the board’s reaction to me. Will… Read more »
2
|
-1
-   Share

Based upon my own experience (er, my own household) consumers seeking plant-based alternatives are not a single homogeneous group. Rather, several segments — collectively driving the explosive growth we are seeing. To simplify, based upon my own experiences, there are “Purists” (aka vegans like Mackey, and my own daughter) believe highly processed, and in many cases GMO laden meat alternatives break the sacred code of natural and organic products — willing to sacrifice taste based on principal. Then there are “Active Seekers” (like my wife and myself) that will not sacrifice flavor and taste, looking for tasty plant-based meat alternatives, subscribing to the scientific evidence of meat production’s impact on the environment, and understanding the cruelty to animals associated with the entire slaughterhouse process. This is the group that is driving growth IMHO, a much broader audience, less fickle about processing or even GMOs. Finally, there are the “Curious.” Much like the “Active Seekers,” but most likely just testing the waters, and not likely to be a sustainable consumer group at least in the short-term.… Read more »
4
|
0
-   Share

For those who were afraid Amazon would change everything about WF … well, here’s one constant: Mackey’s ability to put his foot in his mouth (wonder what the nutritional value of THAT is?). His comments, of course, aren’t without merit — or at least they’re no different that what (many) others have noted — but I see them adding little value, either to the topic of healthy eating generally, or to WF specifically.

Nobody ever wins an argument. Consumers buy what they want where they can get it. If enough consumers shop elsewhere because of the company’s leadership pushes against trends, only the company stands to lose. I remember not too long ago a former Microsoft CEO claimed smart phones were a fad that would soon pass. He is gone now and took relevance, market share and market leadership with him and his bad idea.

"So rather than being “off brand” as they first may seem Mackey’s remarks really reinforce the company’s brand promises..."

"It’s refreshing to see a CEO observe what is clearly true about these products — their intense processing."