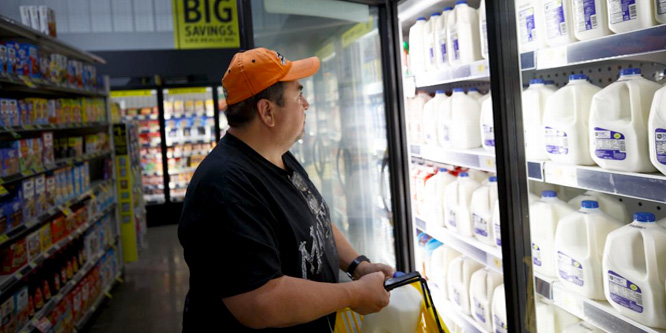 With customers continuing to seek lower-priced shopping options due to inflation, the major players in value retailing are already far outpacing others in opening new stores in 2022 and appear to be riding mighty tailwinds heading into 2023.

For the fiscal year in January, Dollar General and Dollar Tree are on track to open 1,300 new stores combined, according to The Wall Street Journal. Dollar stores’ appeal is proving particularly strong in remote areas where not even major global retailers like Walmart can be found, and where amenities like next-day delivery from Amazon are rarely available.

Dollar General has announced plans to expand its slightly higher-market concept, Popshelf, into more suburban markets, according to CNBC. The chain intends to double its store count to reach 300 next year, open 1,000 stores in the next three years and eventually operate 3,000 Popshelf locations. The format sells products mostly under $5, a relatively low price ceiling, albeit higher than Dollar General, targeted at a higher-income demographic looking for deals. The company has also opened Forty Popshelf shops inside its Dollar General stores.

Among other value-players, Five Below and TJX stand out with more than 100 new stores arriving in 2022.

Value concepts in grocery have likewise expanded their footprints greatly over the past year, according to Winsight Grocery Business.

Aldi will have opened 150 stores as it expands into the Southeast. Deep-discounted supermarket Grocery Outlet has been opening stores across the East Coast and Mid-Atlantic regions in eight states. And BJ’s Wholesale Club sped up its expansion in New York and nationwide.

“Value-oriented grocers have been uniquely well positioned in recent years. Initially, that was because of a wider surge of visits to grocery stores, driven by the onset of the pandemic,” Ethan Chernofsky, VP marketing at foot traffic analytics firm Placer.ai, told WGB. “This year, the strength has been supported by the wider economic situation that has made value an even stronger offering.”

Value retailing, including the big box discounters, also grew popular, even among higher income brackets during the last economic downturn, though their ongoing popularity in some segments and locations this time around could depend on inflation.

DISCUSSION QUESTIONS: How much of the expansion success by dollar stores, budget grocers and other value-first chains depends on enduring inflation? What other factors may be more important?

Please practice The RetailWire Golden Rule when submitting your comments.
Braintrust
"Value will always be en vogue. However, I continually advocate for consistent experiences, relevant assortments, and convenience."

"The longer inflation continues, the more likely customers’ new shopping patterns with endure through inflation and beyond."

"The value retailer’s margins are insufficient to support a bump in the road."

Sounds like all this inflation is leaving an indelible mark on the thinking of shoppers everywhere. And it’s not just about value … it’s also about share of wallet. With a greater share of wallet going to food, gas and energy, what discretionary categories will suffer the most? Apparel, travel, new cars? Value shopping will solve part of the problem. And just plain doing without may solve another part of the problem. It’s hard not to think about some level of recession as part of the corollary to this story.

I think as long as a major strain continues on consumers’ pocketbooks, private label, etc will be go to options. I don’t necessarily think that overbuilding more of these format stores is better — too much of a good thing is never better.

Part of customer acquisition is the old rule of breaking a habit, creating a new one and then reinforcing it. Inflation helped the budget grocers break consumers’ existing grocery shopping habits. The budget grocers expanded selection and their pricing strategy reenforced it. The longer inflation continues, the more likely customers’ new shopping patterns with endure through inflation and beyond.

As we’ve learned over the years, prices that go up for items rarely go down. Or in the case of grocery items, if prices don’t go up, their size goes down (hello, Gatorade…!). There’s no doubt the explosion of value brands is a result of the prices impacting the consumer. I can see instances where staples are bought at an Aldi or a TJ Maxx, and specialty items are bought at your traditional grocery or apparel retailer. It’s an extra trip, but prices are such that people will be willing to make it to save.

The value chain has been experiencing growth for the past several years, pre COVID and pre inflation. These retailers have learned “…that some people need to save money, but everyone loves to save money.” The current tail winds only help to propel their growth and market impact.

It’s very important to add customers to your brand. Discount stores believe they can win the hearts, minds and pocketbooks of customers and focus on lifetime value. Once you get someone into your stores — regardless of wealth — you have the opportunity to surprise and delight them. So, gaining market share in a down economy will ultimately be a winning strategy when the economy rebounds.

As far as the future, there is no lull in the perfect storm for value retailing. I think the challenge will be for the value chains to build their new stores, and possibly renovate older ones, to feel less like discount environments. Think Target, where the merchandising is top notch, but shoppers believe they’ll find value there. The number of new stores is a strong signal that the growth of value retail is not just a flash in the pan.

Value will always be en vogue. However, I continually advocate for consistent experiences, relevant assortments, and convenience. Presuming dollar stores, budget grocers, and other value-first retailers deliver on these factors together with a genuine dose of value for money, it’s likely their expansion will not be slowed.

Value is defined different ways. While many see value as a lower price (according to this article), there are other ways to create value. In some instances, that value, which focuses on the experience, service, and convenience, may trump price. All that said, we’ve assigned a label to a low-priced retailer, which is “value-retailers.” Prices are going up. Certain retailers are very transparent about the way inflation has impacted pricing. Prove you’re worth the value you offer outside of price, and you may win over the customer.

One overlooked benefit of dollar store grocers is right-sized, right-priced packaging, especially for seniors and single person households. The smallest, cheapest mayo at my Kroger is $3.29; dollar chain, $1.25. And, as a senior, single-person shopper, that is just right for my needs with no waste.

In 1979 and 1980, the inflation rate reached 15%. For the entire decade of the ’70s, it was just under 7%. We didn’t have the expanse of value retailers then. As a result, the private label share of market soared and held for the next several decades.

Today there are a wide variety of value retailers with their business going in the right direction. The problem on the horizon is there is only so much business to grab, and soon they will be stealing share from each other. It is not likely that all these low-margin retailers will be able to support the extraordinary expansion noted in the article.

The value retailer’s margins are insufficient to support a bump in the road.

It helps, sure; but longer term the main driver is slow income growth — or even decline — in the lower income levels (inflation may exacerbate this, but it’s been a long-term issue, independent of high inflation). And to be blunt, the bigger problem is that many retailers don’t add much — or any — value for their higher prices: why pay 15% more for the possibility of having someone help you?

Sure, high food prices and stagnant wages are driving some shoppers to value retailers, thus hurting mainstream grocers to a degree. The good news for the latter is that private label sales are rising at the same time. All of this puts pressure on higher priced name brands.

Whether inflation continues or we’ve already started in a recession, 2023 will put more pressure on consumers and their pocketbooks than this year. We may not need more low price or value-first stores if middling chain stores and other quality grocers show their own value in sales, deals and convenience to the masses. Now is not the time to be hesitant in merchandising and marketing efforts.

Following the GFC 2008-9 there were some surprising winners which included discount food retailers (interestingly some upscale food retailers did well also due to people eating special meals at home rather than in restaurants).

As consumers are careful with spending value-focused retail is only set to grow in strength. In the UK market, there were a couple of interesting things happened — one of which was shoppers started to split spending between retailers — buying basics at a value retailer and “special” items at their regular store. As time went on, the value retailers (Aldi/Lidl) expanded their range with “special” focused products with the aim of taking more wallet share.

Braintrust
"Value will always be en vogue. However, I continually advocate for consistent experiences, relevant assortments, and convenience."

"The longer inflation continues, the more likely customers’ new shopping patterns with endure through inflation and beyond."

"The value retailer’s margins are insufficient to support a bump in the road."