Will a healthier Wawa be a more successful Wawa? 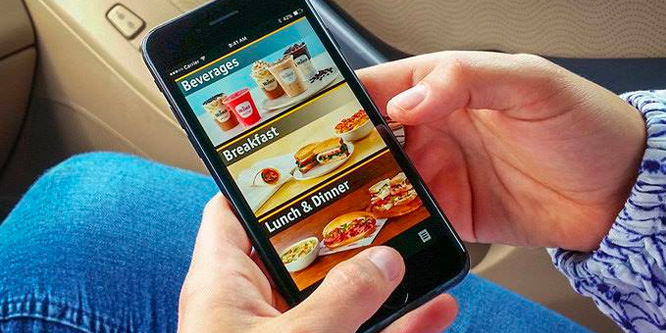 Regional convenience store chain Wawa is expanding its footprint and improving its offerings in a way that’s a little Whole Foods, a little Instagram.

The Pennsylvania-based chain is opening 63 new stores and remodeling 59 of them, according to the Philadelphia Inquirer. The company is embarking on the expansion in conjunction with an internal revamp to better capitalize on both the health and wellness trend and the Gen Z and Millennial desire for fashionable food presentation.

The chain is adding custom salads, grain bowls and specialty coffees. It is also testing a secret, specialty beverage menu featuring Instagrammable smoothies. Wawa is also pursuing a new geographical focus with plans to build up its presence in Florida. The chain intends to make Florida the state with the most Wawa locations by 2021. Wawa currently has a total of 840 stores in six states and Washington, D.C.

The small concept, which features a walk-up window to fulfill orders made via app, is characterized by NBC Philadelphia as a test store. The location will be used to pilot some of the chain’s new products, like “upscale hot teas.” It will also have a section called a “Test Nest” where it will trial environmentally-friendly alternatives to coffee stirrers, bags and other related accessories used by customers.

In response to changing consumer tastes, convenience stores, from the most prominent national chains to the smallest mom-and-pops, are expanding their offerings beyond mainstay CPG products like potato chips and canned food. It has become increasingly common for convenience stores to introduce enhancements like prepared foods, coffee bars and better-for-you snacks.

Even 7-Eleven, the nation’s biggest convenience store player, has been mixing things up to try to meet customer needs beyond the familiar Slurpees and hot dogs on rollers. The chain launched a test store in Dallas, TX earlier this year, which features an in-store café and restaurant.

DISCUSSION QUESTIONS: Will Wawa’s more Millennial/Gen Z-focused offerings allow it to better compete as it expands its store footprint? What do you see as Wawa’s growth potential and what will it need to do to succeed as it moves into new markets?

Please practice The RetailWire Golden Rule when submitting your comments.
Braintrust
"The megatrends Wawa is leaning into will serve them well today and in the future. "

"The question almost implies that Wawa is struggling versus its competition. These moves are coming from a position of strength."

"The original thinking was to replicate its northern successes in the Sunshine state. Instead, it pioneered the c-store of the future..."

10 Comments on "Will a healthier Wawa be a more successful Wawa?"

The changes to product and store format are something every c-store brand should be evaluating as consumer tastes are drastically changing and Wawa is very wise to experiment and find the right mix to grow their customer base. As other retail brands are quickly finding, one size does not fit all so having multiple store formats is likely to become the norm not the exception in the near future. Gen Z/Millennials are not the only consumers who value the trends Wawa is experimenting with – I expect they will see success with these changes and Wawa should continue to experiment. Trying new things is commendable in this market and puts them on a path to continued leadership in the c-store segment.

All of these moves are very smart, IMO, with the exception of rapid physical footprint expansion. it makes fiscal sense to move to “better” food as that’s more than just a trend and being Gen Z-friendly as well as experimenting with new store design (BOPIS!) and layouts is wise as well. But I’d go easy on the gas pedal of physical expansion, what’s the rush?

Interesting how they have not attempted/mentioned automated checkout a la Amazon GO along with all the other progressive moves. I’d think you’d want to at least do some testing along those lines before the 900 pound gorilla also comes rolling into Florida.

A retailer making changes in response to changing consumer tastes? Right on! The megatrends Wawa is leaning into will serve them well today and in the future. Healthier, more visually appealing offerings, with an added dose of convenience, can be a winning combo. The key is to ensure that this helps expand the market while not alienating their core audience.

Convenience stores are known for pizza, hot dogs, soda and donuts so the choice to offer healthier food selections makes perfect sense. For every generation.

But I have to ask, what’s an Instagrammable smoothie? Sorry, the “Gen Z and Millennial desire for fashionable food presentation” combined with the fact that Wawa is focused on building its presence in Florida, the retirement capital of the U.S., made me laugh out loud.

There’s a lot of that things being Instagrammable going around these days!

Wawa has constantly reinvented itself, from a traditional c-store based on its roots as a dairy farm with the usual emergency items like bathroom tissue, ketchup and the like, to its Florida stores which look more like fast casual restaurants. The first Wawa opened 55 years ago this week and the first Florida Wawa opened in 2012. The original thinking was to replicate its northern successes in the Sunshine state. Instead, it pioneered the c-store of the future with the aforementioned focus on meal solutions. Going forward, its emphasis on heath and wellness, combined with its focus on the two younger generation represents its latest reinvention of the customer experience. Given my knowledge of the Wawa leadership team, I have few concerns. I think it will continue to use technology to enhance the customer’s interactions with its offerings. Delivery will become an everyday option. The biggest challenge will be the ability to provide the variety of chef-driven meal and beverage solutions within the space and time constraints of its stores and customers. Reinvention is its… Read more »
1
|
0
-   Share

When I lived in Philadelphia, Wawa was the market leader because they had a continual focus on innovation and executed well. It seems like they have the same (successful) strategy today.

Better compete? The question almost implies that Wawa is struggling versus its competition. These moves are coming from a position of strength. Wawa continues to push the needle of reinvention and put pressure on other retailers via new categories, formats and experiences. All of these moves are smart including the physical expansion. The key here is to balance the current core c-store shopper, often termed “Bubba,” while meeting the needs of the smaller base of future core customers. Patience is required. Some c-stores got into “better for you” categories years ago and didn’t have the strategy or patience to see it through. Now they are revisiting these categories. Wawa is testing, learning and pushing. Great move.

I adore this and only wish they were in Atlanta. From category experience, the one thing I’ll be curious about is how it flies based on location. I worked on one brand where their customers yelled for healthier options, but when they brought them in they sat on the shelf. We thus learned the crucial importance of doing the proper site location market analysis for those that trended high for kale versus corn chips! No matter, I’m hoping it becomes a new trend.

Braintrust
"The megatrends Wawa is leaning into will serve them well today and in the future. "

"The question almost implies that Wawa is struggling versus its competition. These moves are coming from a position of strength."

"The original thinking was to replicate its northern successes in the Sunshine state. Instead, it pioneered the c-store of the future..."