Will Amazon’s customers go for its pay-for-data scheme? 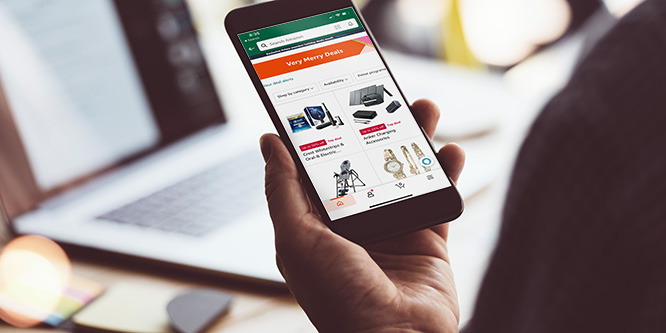 Amazon.com is offering to pay some of its customers for access to their data in efforts to improve ad targeting.

The e-tail juggernaut is offering $2 dollars per month to a select group of users who choose to participate in the company’s invite-only ad verification program, according to a Business Insider article.

Amazon will track what ads participants see as well as where and when they see them. The company is looking to better hone its ad personalization and ensure that ads more closely reflect previous purchases. The program is being launched as an add-on to the Amazon Shopper Panel, which pays participants $10 per month for uploading 10 receipts of purchases made at non-Amazon retailers.

Both the low price point and the potential security risk drew criticism from privacy hawk Mark Weinstein, who in an Entrepreneur column said that the data Amazon was asking for was worth closer to $20 per month. He expressed skepticism about major corporations securing collected data, given the track record of data breaches.

The idea of users being reasonably compensated for the use of their personal data has grown more popular in recent years. Andrew Yang, who ran in the last Democratic presidential primary, argued that digital data should be considered personal property with particular rights attached and that companies should be legally bound to pay users for the value generated through the use of the data.

California Governor Gavin Newsom likewise floated the concept of a “data dividend” in California, by which customers would be given financial restitution for the use of their data.

Amazon’s work to improve its ad targeting is in keeping with the company’s increasing reliance on ad revenue.

Over the last year, Amazon made almost $36 billion dollars from advertising versus just over $34 billion from all of its subscription programs combined, including its hallmark service Amazon Prime, according to a Gizmodo article. Amazon’s advertising profits spiked 51 percent in 2021 and have continued to go up. Some have argued that the user experience on the website is declining as a result, with ads being served to customers in place of the most useful product search results.

DISCUSSION QUESTIONS: Do you think that Amazon’s customers will be willing to let the platform track their ad data for $2 a month? How will this exercise benefit Amazon?

Please practice The RetailWire Golden Rule when submitting your comments.
Braintrust
"Consumers appreciate anyone who acknowledges their value, but $2 per month to use one’s data serves to spotlight that they are being mined to help a corporation make billions"

"I have a question — if I give them access to my data, will they stop sending me emails exhorting me to buy products I’ve already bought?"

"Amazon telling consumers their ad data is worth something is a good move. Telling them it’s only worth $2 a month is an insult to their intelligence."

15 Comments on "Will Amazon’s customers go for its pay-for-data scheme?"

Given that consumers are getting tracked now for free, I can see some signing up for the $2 a month. While this is an imperfect solution, at least Amazon is acknowledging the value of customers’ data and giving them an option to participate in data collection. I do believe that consumers will become more mindful of their data and the valuable insights it contains, and I won’t be surprised to see other companies seeking permission and even paying for enhanced tracking.

I’m sure that Amazon will find people willing to participate in their data collection program. There are always people willing to earn a couple of bucks here and there. However as a data-driven professional, I would ask if this isn’t going to suffer from some self-selection bias, and whether that will preclude getting data from their most desired demographic — the less penny conscious shoppers with extra disposable income.

Some customers will go for this. Others will not — a portion because they don’t see the compensation as generous enough, some because they simply don’t want to share information. However, this kind of experimentation is important for Amazon: better personalization is essential because it directly links to the quality of the experience consumers have.

Consumers appreciate anyone who acknowledges their value, but $2 per month to use one’s data only serves to spotlight that they are being mined to help a corporation make billions. It’s such a low amount that it’s almost insulting. It would have been better for Amazon to offer half price on one product purchase or a free month of Prime per year — something that presents as real value in exchange for the consumer’s time.

I’m going back to my “grandma rule” — would your grandma think that this is a good idea? Heck no. That said, I’m sure Amazon will have no trouble lining up participants.

While I applaud Amazon for recognizing the value of consumers’ data (albeit at a serious discount to the actual value), I can’t help but be skeptical of insights they will glean from this. The profile of people who will do this probably doesn’t align very well with their typical shopper. I also wonder if people will think their data won’t be tracked if they don’t sign up for the $2. This feels confusing and open to misinterpretation by their customers.

I’d love to see Amazon make this offer to consumers by sharing a side-by-side comparison of what they are tracking/collecting now for free, versus the additional data they hope to gather from the two bucks a month. I suspect the majority of consumers have no idea just how much data they already give companies like Amazon permission to share every time they click “I agree.” That type of visibility might change their minds about more than just the $2 add-ons…

I have always liked the idea of getting paid (even in micro-payments) for my information. I’ll take it a step forward. I’d fill in the information myself if it would reduce the number of irrelevant emails and retargeting that I experience today.

I have a question — if I give them access to my data, will they stop sending me emails exhorting me to buy products I’ve already bought? Amazon is the worst offender at this now.

I love the idea of some kind of data dividend, even if it just means a better curated offering of ads that might interest me. I did a lot of searching for outdoor work boots and finally bought a pair last month. I now see ads for that exact pair of boots several times a day as I am on and off the computer throughout the day. So they tracked my search activity but somehow don’t know that I did finally buy a pair. And they think several ads a day six weeks later is a productive use of the data? Seems like they could be a lot smarter without having to pay me anything.

As long as the scope is clear, some customers will be willing to help Amazon test ad placement, positioning and timing.

Amazon will gain insights to optimize its ad personalization and profitability as retail media networks get more competitive.

Some Amazon customers might, but most won’t. The optics of this $2 per month Amazon offer are awful. On a more practical level, I question the value of the data based on the $2 self-selection.

Some people will, but then again, some people think the world is flat. Amazon telling consumers their ad data is worth something is a good move. Telling them it’s only worth $2 a month is an insult to their intelligence. Maybe $24 a year is a fair price for privacy in some people’s heads – it clearly is in Amazon’s – but I think the lack of participation and potential consumer and regulatory feedback will cost Amazon more than it will gain.

Two dollars a month is insulting. But it is $2 more than I am getting now.

At least make it $25 per year. The optics are more acceptable.

Will people sign on? Sure. Back in the day, people were given a coffee pot to record their purchases by hand. (I never believed the data any way.)

I certainly wouldn’t buy this data from Amazon or use it as the basis for advertising. Because here’s the question: WHO is it that’s going to take this offer? There’s nothing good or bad about taking it, but it will be a skewed and narrow set of consumers. Which, knowing Amazon, we will never learn about. Thus, using the data is going to be like rolling the dice.

Amazon had been under scrutiny over its data-grabbing strategies. The retail giant continuously collects and analyzes customers’ personal data in order to retain benefits for its own private labels. I believe, offering customers $2 a month for their data is just another strategy that Amazon may have implemented to deal with accusations over data privacy.

Braintrust
"Consumers appreciate anyone who acknowledges their value, but $2 per month to use one’s data serves to spotlight that they are being mined to help a corporation make billions"

"I have a question — if I give them access to my data, will they stop sending me emails exhorting me to buy products I’ve already bought?"

"Amazon telling consumers their ad data is worth something is a good move. Telling them it’s only worth $2 a month is an insult to their intelligence."