Will an IPO help Levi’s conquer the world? 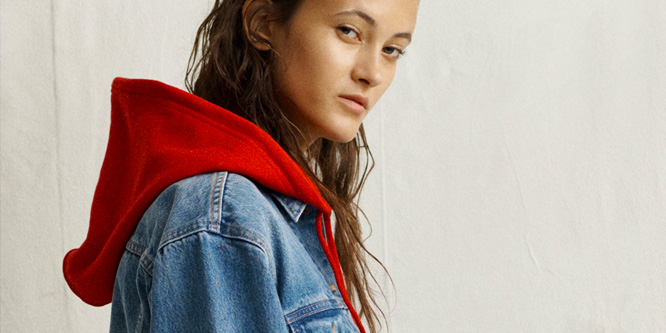 One of the oldest and most recognized names in denim is going to be available to stock market investors — again.

Levi Strauss & Co. is pursuing an IPO, offering 36.7 million shares priced between $14 and $16, according to Reuters. The move would mark the return of Levi’s to the stock market after an absence of more than 30 years. The $6.7 billion valuation would give the brand a massive injection of capital to invest in products and possible future deals to expand its portfolio, though it has no plans to make any acquisitions at this time.

Levi’s has experienced a significant comeback over the past decade, after the khaki boom in the mid-’90s and then the advent of athleisure consigned denim jeans to casual fashion’s back burner.

Much of Levi’s rebound has been attributed to CEO Chip Bergh, who joined Levi’s in 2011. In an article written for the Harvard Business Review, Mr. Bergh cites the launch of a stateside innovation lab, an improved selection for women’s clothing and tops and a strong omnichannel presence as a few of the reasons the brand has been able to get back on the path to growth.

More recently, the brand has rolled out solutions like a virtual stylist chatbot. The app enables e-commerce customers to chat with an AI to help decide which products from the brand’s huge collection best suit their needs.

The Levi’s IPO announcement comes along with a couple of other high-profile prospective IPO filings, including rideshare services Uber and Lyft, photo sharing website Pinterest and short-term rental solution Airbnb.

While Levi’s is on the way to being publicly traded again, there have been some recent instances of other family-owned apparel retailers attempting just the opposite.

Nordstrom, for instance, in 2017, announced a plan to go private to get out from under Wall Street’s demands for short-term results.

Talks to make that happen were, however, unsuccessful, as reported by CNBC last year. The Nordstrom family, which owns 32.1 percent of the company, was unable to come to an agreement on a price with the company’s board.

DISCUSSION QUESTIONS: Is an IPO a wise move for Levi Strauss & Co. at this time in its history? What positives or negatives might the company experience once it is again responsible for meeting the demands of investors?

Please practice The RetailWire Golden Rule when submitting your comments.
Braintrust
" Levi’s will have to be careful not to trade in its long-term vision for the short-termism of the markets."

"It’s truly a long game as Levi’s has shown to be a resilient company which has adapted and evolved."

"Levi’s will make good use of the cash infusion because it has already fine-tuned the basics."

11 Comments on "Will an IPO help Levi’s conquer the world?"

I’m not convinced this is the right move. Ultimately, shareholders want relentless revenue and profit growth – notwithstanding the great progress management has made, I just don’t see a long-term significant growth trajectory. The scrutiny Wall Street will put on Levi’s will likely outweigh the benefit of accessing the capital markets. Take heed from Nordstrom – there are plenty of benefits to remaining private.

The denim market is highly competitive and arguably over-saturated at this point. At the same time, it is an evergreen business with plenty of dollars to go around. One of the biggest challenges facing denim brands is strategic (and that usually means slow) expansion into non-denim categories and the need to constantly monitor assortments to mitigate cannibalization. Levi’s is better positioned for long-term success than many upstart brands because it has already tested the waters with various SKU, category, channel and business model expansion strategies. Levi’s has done a great job of segmenting its business to ensure the brand’s presence in good, better and best tiers, sometimes within the same retailers. Levi’s will make good use of the cash infusion because it has already fine-tuned the basics.

After a lot of work over recent years to rebuild the brand and its sales, this is arguably the right time for Levi’s to go public. The general view is that Levi’s is now on an upward trajectory and that means it has an opportunity to maximize the stock value over the next few years. That said, Levi’s will have to be careful not to trade in its long-term vision for the short-termism of the markets. That’s the real danger of being a public company.

The long game proves that Levi’s along with denim is here to stay. Despite all the latest trends with the fast fashion and athleisure movements, denim isn’t going anywhere. However, going public at this time is not the right move for Levi’s, a brand that is undergoing a transformation as they compete with all the upstarts.

The IPO will increase the Wall Street expectations, investor pressures and raise the level of public scrutiny on a brand that has stealthy operated their business for decades. Meanwhile upstarts in the denim category such as True Religion have had their ups and downs. It’s truly a long game as Levi’s has shown to be a resilient company which has adapted and evolved.

Only if management believes they either a.) have a significant growth ramp that the capital infusion will fund or b.) that they are nearing the max growth potential of the brand and want to cash out now. Assuming it is choice a, they need to be able to realize that growth within four quarters — preferably two.

It’s tempting to consider a massive cash infusion, but the rigid requirements of The Street will hamstring Levi’s’ creativity. This company is investing in some cutting-edge technologies that could push the business forward, but will investors demand a slow-down?

I’m a little bearish on this one, although the truth is IPOs are fickle creatures.

Good ones can be crippled by bad timing and mediocre ones can end up rating more “dry powder” than anyone expected.

The critical question is, what will they spend the money on? In such an oversaturated market, where growth increases need to be clawed out — generally at the expense of margin, I’m just not that convinced this will work out well for them.

On the other hand, Bergh may have a few hidden cards up his sleeve, so I’ll be cautiously waiting on the sidelines to see what happens.

Fashion is fickle. If Levi’s can use new resources to continue innovation and not get caught in the quarterly reporting trap it’s a smart move.

IPO decisions by well established companies is about money or control. Levi’s has made their decision having full faith that they will be able to continue making the necessary decisions to ensure future growth. Given the speed of change in retail, the pressure for growth will be there whether it’s coming from Wall Street or retail competitors. This is Levi’s management leveraging their current growth trend to add in a safety cushion. A rapid market downturn might change the trend with greater liability to the public, but I’m certain that’s been factored in. It’s better to ask for money when it’s not needed.

I have to disagree with the assertion that Levis will “once again be responsible for meeting the demands of investors.” It has investors now — all companies do — so the issue is whether or not the new investors will create some kind of conflict; and that, in turn, will depend a lot on how the offering is structured and how ownership ends up being dispersed. If the usual mustache-twirling villains, aka “activists” show up, it could certainly spell d-i-s-a-s-t-e-r, but let’s not assume a worst-case scenario. The main concern should be in seeing a competent management team is in place.

I wish them well.

I think the timing is good for this IPO. The market is hungry for good consumer brand stocks. Look at how well Canada Goose ($GOOS) has done since their IPO. It’s very expensive now.

We published our note on the $LEVI IPO today and it’s a very solid deal at the proposed price. I would expect them to raise the range next week before pricing. They have a great foundation (men’s jeans) and are seeing good sustained growth in tops and women’s. That combined with continued operational efficiency improvements makes for a pretty good and simple story.

You can read our full note here if you like.

Braintrust
" Levi’s will have to be careful not to trade in its long-term vision for the short-termism of the markets."

"It’s truly a long game as Levi’s has shown to be a resilient company which has adapted and evolved."

"Levi’s will make good use of the cash infusion because it has already fine-tuned the basics."