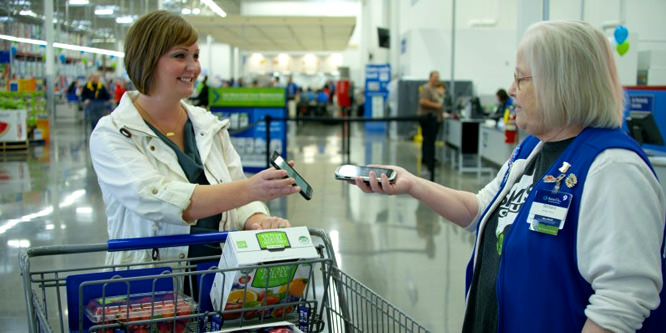 In a move designed to give its technology group oversight of the entire customer experience, Walmart on Friday announced several changes that integrate the running of its online and offline businesses.

“We were starting to see our stores and e-commerce teams solving many of the same problems and now we can remove what might’ve become more duplication in the future,” Walmart CEO Doug McMillon said in a memo to employees.

“I know change isn’t always easy,” he added. “But I’m certain our future success is partially dependent on becoming more of a technology company in our stores and clubs and everywhere else the customer sees us.”

The changes mark the second time Walmart’s e-commerce team has been overhauled since the company acquired Jet.com in August and appointed its co-founder, Marc Lore, to the position of e-commerce chief.

“These changes continue to show Lore is putting his stamp on the business,” Brian Yarbrough, at Edward Jones, told Fortune. “It remains to be seen how effective this will be.”’

DISCUSSION QUESTIONS: Do you see more pros than cons in retailers combining oversight of their store and online operations? Is this the right strategy for Walmart at this point?

Please practice The RetailWire Golden Rule when submitting your comments.
Braintrust
"I think it’s a great idea, and I think Mr. McMillon has it exactly right. "

"This makes sense for all the reasons other posters listed."

"...it is a giant step toward creating an organization that is truly omnichannel."

The customer experience needs to be consistent within the brand. The division between online and offline was artificial and was an indication of being process-driven.

Not only is this move smart, it is long overdue. All retail brands need to get their act together.

Long overdue and much needed. There are many opportunities to align not just the customer experience, but the technology behind it as well to gather, understand and use product and customer data in a truly omni-channel world.

When you look at changing shopper behavior, physical stores need to begin to blend seamlessly with e-commerce. More and more shoppers are using physical stores for “showrooming” and then searching online for the product at the best price. Additionally, omnichannel retailers have a better chance of remaining in the consumers decision set when they can improve the convenience of shopping by enabling the customer to purchase when and where it is convenient for them.

As much as price is important to consumers, the number one reason they shop online is convenience. Walmart certainly has the price image, now they need to use this strategy to improve their quality and convenience metric. I think it is the right strategy. What would worry me about this blending is whether Marc Lore can withstand the Walmart culture.

I think it’s a great idea, and I think Mr. McMillon has it exactly right. I’ve seen it before — e-commerce groups and store IT groups solving the same problem with two different solutions. This is inefficient in a lot of ways.

At least in my view, there’s nothing that “remains to be seen.” That the customer expects a consistent experience across selling channels and that the money is being spent developing technologies and simplifying the IT stack are all pretty compelling reasons right there. Execution capabilities “remain to be seen” but that’s a very separate issue.

So congrats for doing the right thing.

If we’ve learned anything from nature, it’s that everything is connected to everything. It just might be a good idea to follow nature’s way.

In our self-declared omnipotence we thought we knew better and in our need to control something — anything — we put people in boxes and silos, and then wondered why so much fell through the cracks and why employee engagement is at an all-time low.

So yes, this is a good move “mechanistically” by Walmart. BUT this has to be more than a technological integration, it needs to be a visionary, psychological and perhaps spiritual integration as well. Just as Walmart is built on value, its customers want to be valued as well. Engagement of employees and customers is a choice made or not made at every turn.

There should be no separation between online/offline “experiences.” And very timely — this is the topic of my upcoming presentation at ECRM’s Cough/Cold event in February: Building Brand Representation Across Multiple Platforms.

From a customer’s perspective, Walmart — or any company — must create a consistent experience across all channels. Online or in-store, it doesn’t make a difference. If a company can’t be consistent across channels, they lose their customers’ confidence. Lack of confidence erodes repeat sales and loyalty. I like what Walmart is doing, recognizing the importance of creating a great experience — regardless of the channel.

Similar moves are likely to be copied over and over again as more and more retailers finally accept the fact that their customers shop in the most convenient way available and — as opposed to retailers themselves — don’t think about channels as separate lanes to a common end. If shopping between channels is integrated into one purchasing experience in the shopper’s mind, that integration ought to be mirrored in the organizational chart and the company’s go-to-market strategy. The pros are obvious — Walmart moves into the 21st century, better aligns the organization to understand and match the purchase behavior of real people, can manage data better and can eliminate redundant programs, decisions, etc. The cons are that very few employees like change and many will be waiting for the other shoe to drop. On balance, the pros far outweigh the cons.

You are so right, Ryan. There’s always another shoe! And that “other shoe” will challenge mindsets and the human will. Sooner or later all technology ends up back as a very human issue.

Consumers view stores, both online and offline, as being one, why shouldn’t retailers do the same? Having two standards, one for e-commerce and another for brick-and-mortar, no longer makes sense. The customer experience should flow seamlessly from one platform to another. Walmart is getting its clock cleaned online by Amazon. It needed to take remedial steps.

Walmart must disrupt its own model to survive — and I used “disrupt” in the Clayton Christensen/Innovator’s Dilemma sense. This is EXTREMELY difficult to do — Walmart must be willing to sacrifice its stores in order to be successful (whether it actually comes to that or not is a different discussion, they have to be willing to do it). Combining oversight seems to be a first, best step in that direction. Incidentally, there are tons of examples of this being done poorly (nearly every brick-and-mortar book and music retailer for one). However, the only instance of a retailer successfully disrupting itself is Dayton-Hudson department stores giving way to the new discount model Target. If Walmart shareholders have the stomach to see this through all the way, it will be interesting to watch.

This makes sense for all the reasons other posters listed. If successful, it could be a model for other retail companies that have not made similar moves already.

Kudos to Walmart for recognizing and dealing with this aspect of the technical (r)evolution. The BrainTrust panel has a good recognition of what is happening:

Long before the Internet, I could divide store operations into two camps: “What” and “How.” “What” is product … the buying office. “How” would have been the stores. And of course retailers tried to standardize the shopping experience from store to store. Continuity of the brand promise was always paramount. Now the “How” is a lot more complicated with e-commerce and omnichannel. But continuity of the brand promise is still paramount. Walmart must accomplish this integration of experience AND integrate Jet at the same time. Blending, marrying, merging the teams may be messy and uncomfortable, but that’s the way of the world after an acquisition. Customers don’t really care about the back-office details. They just want a seamless shopping experience, so Walmart’s focus is exactly where it needs to be.

From a consumer perspective, it has the potential to be a huge step forward. Of course execution will determine if it improves the experience. For example, if a consumer orders online, picks up at the store, and delivery at the store is slow, complicated or the wrong product, it will be a net negative. The experience needs to meet expectations.

Blending online/offline roles will be difficult if the technology is the sole driver building the bridge between the physical and digital worlds of the Walmart customer experience. Customers are human, technology is not. Customers make the decision to purchase based on an emotional connection with the product. The Walmart challenge? Build the Walmart bridge of mutual understanding between product people and merchants [emotion] and the technologists [technology] to invent and design the new Walmart customer experience.

Certainly the concept of removing silos is excellent. But let me offer a contrarian view on these specifics. It always concerns me when retailers (as Home Depot did recently) choose technology as their priority. Retailer health depends first and foremost on the human. Humans assembling the right product mix, the right merchandising, and, most important, the store help.

Having started my career in technology (aerospace, computers, software), I find technologists struggle badly to understand, much less leverage, human values. And technology is such logical territory these executives become dependent on logical answers instead of the RIGHT answers.

So, kudos to Walmart for breaking down walls. But shame on them for choosing to do that with technology as their prime focus. We should not be surprised if this backfires on Walmart by losing their unique human opportunities. And I expect Home Depot to learn the same truth.

There fact that Walmart is adjusting its business model to the current marketplace shows that leadership is taking the company in the right direction. Because the company’s fiscal year end is January 31st, we are able to glean much about the strategy for the next year as these changes are announced. Under McMillon’s leadership, we are seeing the company refine its merchandising and operational strategy to fit the need of the modern consumer that is looking to save money and time while simultaneously increasing selection and options of how to receive merchandise.

Braintrust
"I think it’s a great idea, and I think Mr. McMillon has it exactly right. "

"This makes sense for all the reasons other posters listed."

"...it is a giant step toward creating an organization that is truly omnichannel."