Will superfans influence more Americans to ‘thank heaven for 7-Eleven’? 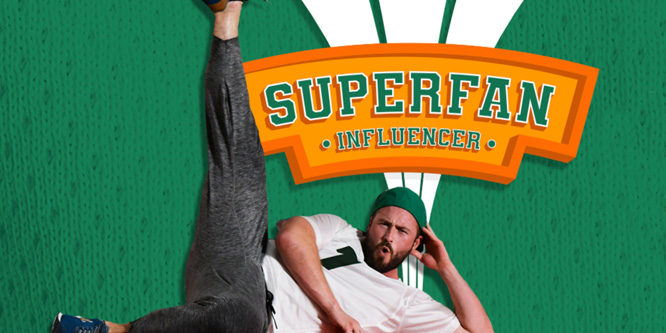 The latest marketing campaign from 7-Eleven makes use of “superfan influencers” who got their year-long gigs through a contest run recently by the convenience store giant. The next phase of the campaign will focus on adding more influencers to the team.

The “Fuel Your Fandom” contest, which ran on the chain’s social media channels, asked participants to prove their love for 7-Eleven fandom for a chance to join the retailer’s “Superfan Influencer Team,” according to Convenience Store Decisions. Three winning contestants were awarded the position by submitting an ode to the chain, a video of a 7-Eleven snack run performed on roller skates and an in-store photo shoot.

The winners will receive $11,000 each, as well as a stipend for new 7-Eleven products, and will attend an influencer training camp. They will then co-create content for the retailer throughout 2022. In addition to the influencers, the team consists of three professional sports figures. The chain has recently opened up a competition searching specifically for a U.S. military veteran to join the team. There are also planning to recruit additional non-veterans.

Brands and retailers across segments have made use of social media influencers in addition to or even in place of traditional celebrity partnerships to connect with younger audiences.

Influencer marketing has exploded into a $13.8 billion industry in a short period of time, with the global influencer marketing market value doubling since just 2019, according to Statista. Influencers are notably active on Instagram, YouTube and TikTok and include micro-influencers as well, along with big name social media celebrities.

Some brands have even begun bringing successful social media influencers on for more traditional in-house marketing and high-level social media management roles, according to Vogue Business.

Although the influencer model continues to develop, it is not without its potential pitfalls, as Social Media Today pointed out in a 2019 article. Retailers that depend on social media influencers can fall victim to a loss of engagement with a given platform. Further, fans may perceive the influencer messaging to be “worked” or inauthentic. Marketers also face potential regulatory concerns, influencers who purport to have a larger reach than they actually have and the risk that influencers — like traditional celebrities — may make embarrassing public gaffes that are tied back to the brand.

DISCUSSION QUESTIONS:  Do you find that most retailers benefit from influencer marketing campaigns? What makes the difference when designing a successful vs. an unsuccessful effort?

Please practice The RetailWire Golden Rule when submitting your comments.
Braintrust
"Having an integrated strategy that combines different forms of advertising – including influencers – just makes sense."

7 Comments on "Will superfans influence more Americans to ‘thank heaven for 7-Eleven’?"

Influencer marketing is a small but quickly growing element of retail marketing. Companies ignoring it now risk being in the same place retailers ignoring social media 10 years ago were – playing catch-up.

Influencer marketing is highly effective and we’re just getting started. Right now, folks primarily think about it from the B2C perspective – in the context of Insta- and YouTube famous entities. The reality is that we all have influencers for all facets of our life and retailers who are able to connect the dots and even empower influencers have an incredibly powerful marketing tool. Kudos to 7-Eleven!

Using influencer marketing strategically can benefit any retailer. Home-grown influencers have an authenticity that can resonate well with consumers. Having an integrated strategy that combines different forms of advertising – including influencers – just makes sense. And 7-Eleven’s approach of staging contests and building engagement is a smart way to do so.

7-Eleven is stretching credibility here. This just seems like too much of a gimmick PR ploy to achieve anything important.

7-Eleven’s entry into influencer marketing has been executed extremely well. This is a brilliant campaign, and I really like the combination of veterans + average consumers + sports celebrities. There are so many angles to this and if played correctly, I could see it successfully run for many years. Love the creativity here and kudos to 7-Eleven!

Influencer marketing is effective, but the real question is exactly how effective. The guy on roller-skates caught my eye the first time I saw him but I didn’t run out and get a Slurpee at 4:00 a.m. because of him. In fact, I haven’t thought about going into a 7-Eleven in years. So, is the best use of influencers to reinforce existing loyalty, or do companies expect that non-celebrity influencers will create new fans? I’m on board with the former use of influencers, but skeptical about the latter.

This gimmick is a bridge too far. Who exactly would be influenced? I don’t expect to see copycat campaigns.

Braintrust
"Having an integrated strategy that combines different forms of advertising – including influencers – just makes sense."