Would grocery delivery be a healthy addition to Apple’s business? 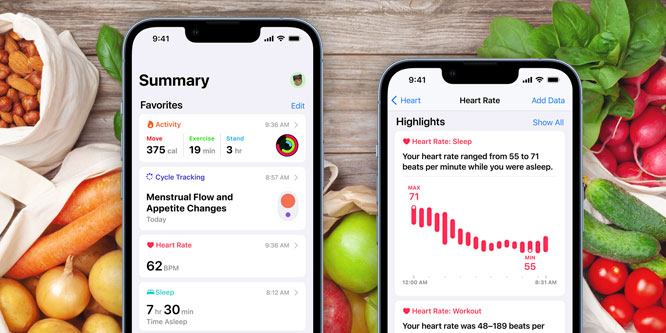 Health conscious customers might soon be able to order a literal apple from Apple.

The tech giant, known for its ubiquitous devices, its physical retail presence and, more recently, its growing array of services may be getting into grocery delivery, according to a report on iDrop News. The news originated with Bloomberg journalist Marc Gurman’s weekly Apple-focused newsletter Power On, where Mr. Gurman said Apple is considering an Instacart-like service built around the nutrition data stored in the Apple Health app. Such a service would be added to Apple’s growing lineup of subscription services, which includes such entertainment focused offerings as Apple Arcade, as well as health-focused ones like Apple Health and Apple Fitness+.

Whether there is room for a new major player in the grocery delivery space is an open question, as at least some of the big grocery delivery companies seem to be reaching a point of saturation.

Instacart, for example, has been having difficulty signing on new customers since the end of the grocery delivery boom that came early in the pandemic, according to the New York Times. The company has been diversifying with an advertising platform for grocers and ultra-fast 15-minute delivery facilitated by micro-warehouses.

Other big names in the space are fighting hard to establish themselves as grocery delivery leaders, as PYMNTS reported. DoorDash recently launched a partnership with food distributor SpartanNash to add 100 stores to its app. Uber Eats announced the addition of 173 new locations to its selection of West Coast grocery stores, and restaurant delivery service Grubhub announced a partnership with ultra-fast grocery startup Buyk to offer 15-minute delivery of its products.

Grocery delivery may also be experiencing an overall dropoff, at least in part due to inflation, according to the latest Brick Meets Click “Tracking Online Grocery’s Growth” survey, which found that online grocery shopping was down four percent year-over-year in April.

DISCUSSION QUESTIONS: Do you think Apple could make a meaningful mark in the food delivery space because of its customer data and existing brand loyalty? Is there a chance Apple is getting too far away from its core value proposition with a service like this, despite the success of some of its other services?

Please practice The RetailWire Golden Rule when submitting your comments.
Braintrust
"Overall, Apple would elevate food delivery with a unique bundle of convenience, metrics and trust."

21 Comments on "Would grocery delivery be a healthy addition to Apple’s business?"

Apple has always been a trailblazer, not a trend follower. It would be inconsistent with their history and culture to create an Instacart-like service.

It’s a little tough to imagine Apple emerging as a leading online grocer. They do love to operate marketplaces where they can take a material cut of every transaction (as they do in music, for example).

And there is promise in building personalized nutrition plans on top of the health and fitness data.

But Apple emerging as a grocery retailer? I can believe they’ve explored the idea in some form — the size of the prize makes it an intriguing target. But I’m skeptical they’d pursue a model resembling Instacart’s.

I think it’s likelier that Apple would try to offer differentiated advertising and personalized product recommendations.

Rotten to the core? If Apple moved into grocery delivery, it would tread into dangerous territory and risk much. Hardware and subscription services are “easy” compared to e-commerce and grocery delivery.

If knowledge is power, Apple has plenty of it. Those data can be mined multiple ways. The real question is whether or not Apple wants to be in that business (it is not their core), spin off a subsidiary with the right to access the data, or use the data elsewhere. I don’t see the company that sells computers and high-end electronic gadgetry delivering groceries.

As much as I love and use their products, this potential move by Apple simply feels off-brand. Grocery delivery would be so far afield from its core business, while entering an already crowded ecosystem of focused competitors, that it would likely be short lived and an immense waste of time and resources.

i don’t see it – Apple has always been a leader, not a “me too” company.

Although Apple has diversified their product portfolio over the years, they have stayed true to their DNA, which has made them one of the most valuable companies on the planet. Yes, they have mountains of consumer data from subscription services and their retail stores, but I think grocery delivery seems to be a bridge too far and would do more to dilute their brand than grow it.

So, I am not entirely sure of the logistics of using our nutrition data to offer delivery services. Will they suggest specific foods/restaurants/stores that cater to our habits? The privacy factor of food suggestions based on what we eat, despite being no different than using TV viewing habits to suggest shows to watch, feels like a new level that many consumers may not welcome. And no, I don’t believe that’s differentiating enough to give Apple a competitive advantage in the crowded delivery space.

Talk about apples and oranges (sorry!). Apple has a brand, and grocery delivery is totally inconsistent. I don’t see it.

This is such a departure from Apple’s “core” business that I think it would be a mistake. When they’ve expanded to new businesses in the past they’ve been, more or less, complimentary to their existing business. This would be a big departure and I suspect a distraction.

The last-mile delivery landscape continues to evolve as the hot new space. Every type of player is eyeing this massive market – pure play delivery companies (JOKR, Instacart, GoPuff, Getir), restaurant delivery (Doordash, Uber Eats), disintermediation by grocery chains, mom and pop stores and now APPLE. The pros – Apple has so much data on its consumers that it can personalize and push recommendations. The cons – this is very far from their core offering and established companies have ironed out the speed bumps. If Apple can do grocery delivery profitably in the long run then it might disrupt the space. However established players are finding it difficult to grow key metrics.

Apple would take a bite out of food delivery share thanks to its brand trust, data and easy customer experience.

Apple devices are always on us or nearby, making hyper-local food partnerships convenient ways to add value wherever we go.

Overall, Apple would elevate food delivery with a unique bundle of convenience, metrics and trust.

I’m not sure how Apple could put together the logistics for this. Unless I’m missing something, Apple’s only physical presence in retail has been through its own stores and Best Buy’s other partner chains. It took Amazon years to establish its grocery business, and that was only after it acquired Whole Foods. Also, let’s not forget that entry level workers are still few and far between. Maybe I could see Apple striking a white-label deal with Instacart and wrapping that into an Apple subscription.

I believe Apple should stick to their core business (pun intended). Retail is hard, logistics even harder. The arrogance is astonishing. Maybe Apple should fly us to the moon or Mars. Oh, I forgot. Jeff is already doing that.

How does strength in data accumulation translate into putting thousands of delivery people on the road?

When I teach strategy, I use Apple as the perfect example of growing through a platform of skills and resources to expand product offerings and turn each new business into an expanding platform. Apple’s expansions have been innovative and more than that a natural extension of their businesses.

It makes more sense for Apple to work on self-driving cars with proprietary software.

No, Apple will not be getting into grocery delivery.

What is much more likely is that Apple will create personalized shopping lists based on each subscriber’s unique health and nutritional needs and desires. They could integrate images of their meals, analyze the ingredients, access and monitor daily vitals, track progress against fitness goals and provide a partner delivery service or grocery chain with the AI-generated order. Apple could also propose to the subscriber a short options list of grocers or services with time-definite delivery.

Just because a company has data and information does not mean they are capable of running a complex retail offering. Why do people think it is so simple? Many of the fast delivery companies are now finding trading hard after the pandemic has subsided and inflation has taken hold because customers are becoming more careful about their discretionary spend and pure convenience is one area they can cut back on. We are also hearing of customers cutting back on subscription services, which may add pressure to Apple’s current offering let alone a new one. I am sure Apple would take a different slant on the market focusing on healthy food but all the major retailers already have very good offerings in this space, so they are unlikely to be able to truly differentiate themselves on that front.

There has to be easier ways for Apple to gain growth than this sector – they will certainly find it a lot harder work than their current technology sector.

Apple has been a pioneer in high-margin businesses where it can control the “ecosystem” between hardware and software, and has become dominant as a result. It doesn’t typically venture into a new category unless it can be “best in class.” I don’t see the grocery business fitting into its portfolio.

It would make logical sense for Apple to add in the element of nutrition tracking, food choices and how grocery shopping choices lead to overall health and wellness. As well, the data in dedicated fitness, Peloton, for example. Both would feed into building out a robust Apple ecosystem.

But being in the business of grocery delivery, or even making fitness bikes is a stretch into all kinds of logistics and issues that don’t build well. Apple really is about consumer simplicity. The data and ecosystem behind food and fitness are much more suited for their leadership.

There’s no evidence that anyone has been able to make delivery services profitable. Why would Apple be any different? They wouldn’t from what I can see.

Certainly if they’re to move on to something new beyond cashing in on the Steve Jobs led inventions they will need to do something different. But there’s no evidence — anywhere — that this would make sense.

Wonder how and where the rumor was started….

I have no reason to believe that Apple could not make a huge success of this, but it is a very specialist area — health related nutrition that is being highlighted here rather than a full-range grocery model. It works well in terms of being a sideline to the health app and keeps aligned to a “premium audience” which is Apple’s target.

Apple as a brand represents extreme specialisation, customer-centricity, and an intention of simplifying the lives of its customers. So irrespective of what service it launches, Apple will try to inculcate the same principles in each of its offerings and be one of its kind in it.

Braintrust
"Overall, Apple would elevate food delivery with a unique bundle of convenience, metrics and trust."