Can Papa John’s recover from its founder’s racial slur? 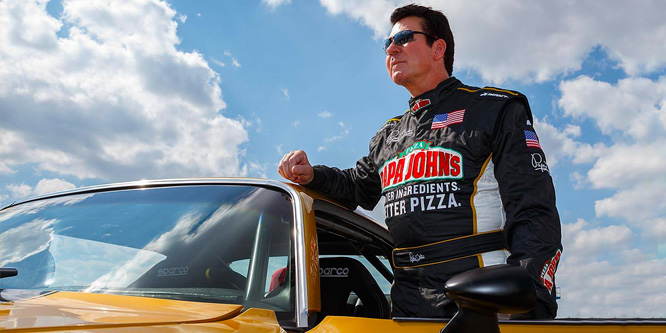 Papa John’s chairman, John Schnatter, last week resigned over using a racial slur against African Americans on a conference call with a marketing company. But the fallout appears far from done.

The founder said he was taken out of context during a role-playing exercise while apologizing for his “inappropriate and hurtful” language. Mr. Schnatter was known for past incendiary comments. Shares moved up following news of his resignation. In January, he stepped down as CEO after blaming poor pizza sales on NFL player protests against racial injustice during the playing of the national anthem at games.

Papa John’s, which has more than 5,200 locations globally, has no plans to change its name, but pulled Mr. Schnatter’s image from its marketing as it seeks to “regain trust.”

Steve Ritchie, CEO, wrote in a statement, “Papa John’s is not an individual. Papa John’s is a pizza company with 120,000 corporate and franchise team members around the world. Our employees represent all walks of life, and we are committed to fostering an inclusive and equitable workplace for all.”

The company promised an external audit of policies, training for senior management and an open-door policy encouraging employee feedback.

Few founders are as closely linked to their company. Mr. Schnatter’s face adorned pizza boxes, and he was regularly seen in television ads.

He remains on the board and is the company’s largest shareholder with a third of its stock, but some felt that may have to change. Jeffrey Sonnenfeld, senior associate dean for leadership studies at Yale School of Management, told The Washington Post, “He may just want to sever all ties,” including selling his stake, “simply because people won’t want to enrich him.”

Eric Schiffer, chairman of Reputation Management Consultants, said that beyond consumers, Mr. Schnatter’s remarks likely infuriated potential employees. Reaching out to leaders in the African-American community and moves such as scholarship funding may help.

The public has a short attention span, but crisis consultants feel recovery would take time. Keith Hollingsworth, a professor with Morehouse College’s business department, told The Associated Press, “Five years from now, they might be able to start bringing him back. But at the moment, you have to be very decisive and show you take this very seriously.”

DISCUSSION QUESTIONS: Will Papa John’s need to take to further steps to move past its founder’s comments? Do any other crisis situations offer a good example of the path Papa John’s should follow? Is it possible that John Schnatter will ever be reinstated?

Please practice The RetailWire Golden Rule when submitting your comments.
Braintrust
"Yes. Beyond the swift and positive PR campaigns, Papa John’s needs to address the needs of current and potential employees. "

"Papa John’s is suffering from more than just a racial slur, they need a complete customer experience overhaul."

"Papa John’s is a corporation, not an individual. Yes, it can take further action to improve its position as a “new” company."

11 Comments on "Can Papa John’s recover from its founder’s racial slur?"

Uber is still saying it’s a “new Uber” after the resignation of Travis Kalanick. Wells Fargo is saying it’s a “new company” now that it has been discovered people had unauthorized accounts created in their names. So yes, I think Papa John’s probably has some ‘splaining to do.

He doesn’t need to sell, but he DOES need to become a silent shareholder. Some things don’t get forgiven by the majority of Americans. Others are probably snickering, but not enough to affect the company’s business.

Papa John’s can recover, but the pace of recovery depends on how quickly those who have been upset by this offensive remark forgive and forget. That remains to be seen.

Papa John’s was quick to take action, but as John Schnatter is so closely tied to the company it might need to do more to quell any anger. Removing Mr. Schnatter as chairman was a sensible first step, but by keeping him on the board, the company may ultimately be accused of making cosmetic changes.

John Schnatter did wrong, he will pay dearly personally, the company will feel some pain for a little while, and then unless they fumble, they will almost surely rebound — albeit slower than they would like. I’m not defending or making excuses for him, but in reality, the public has a very short memory and in light of far worse statements or actions that could have been made, things could have been worse.

The current President arguably has said much more inflammatory things and even Chanel overcame Coco’s questionable wartime involvement (see Operation Modellhut) to again become a desired global brand. Leaders/individuals don’t generally mean too much to consumers unless they are extremely high profile.

Yes. Beyond the swift and positive PR campaigns, Papa John’s needs to address the needs of current and potential employees.

There have been lots of recent crisis management failures: Uber, United Airlines and Chipotle. On the other hand, the response of Pepsi in April 2017 to the Kendall Jenner ad was swift and to the point; removal of the ad and a straightforward apology.

Papa John’s is a corporation, not an individual. Yes, it can take further action to improve its position as a “new” company. Scholarships, increasing all hourly employee pay, enhanced diversity training — all will help Papa John’s recover. However, the key ingredient will be time. John Schnatter owns one-third of all shares and he will still have some say in how the board votes and how the company is run. It is doubtful that he will “sell” all of his shares, nor could he, with such a large number of shares of stock, in a company that has been steadily declining.

Despite the fact that one man isn’t the whole brand, John Schnatter misrepresented the company brand to thousands of dedicated employees and customers in a most offensive way. He should be accountable for business losses over the next five years while the so-called “forgive and forget” period happens. I, for one, am finished with the company.

It might be time to sever all ties with Mr. Schnatter. But separating him from the company is not going to be easy from a public standpoint. After all, the company is named Papa John’s. Starbucks was quick to step up and address their PR issues. Papa John’s needs to take similar steps. Peyton Manning either removed himself or was removed from the ads a while back. Maybe they should be looking for another spokesperson the public respects.

This is not going away any time soon. The company is named after him, he has said offensive things prior to this, and the company has not severed ties with him. Even without this crisis, the company had issues with its food quality.

Papa John’s is suffering from more than just a racial slur, they need a complete customer experience overhaul. Competitors like Pizza Hut and Domino’s have been innovating around the customer experience and incorporating some pretty creative tech into the entire ordering process attracting young consumers while Papa John’s has been blaming NFL protests for lackluster sales.

This could be a great opportunity with Schnatter gone to start revamping their entire image across the industry and get back to their sweet spot — high quality pizza with high quality ingredients.

A short attention span doesn’t matter much when a person keeps saying one stupid thing after another … someone really needs to stick a big ball of dough in this guy’s mouth before he does any more damage.

Beyond that, my counter question would be “why would — or should — we have a conversation about “reinstating” Mr. Schnatter in the first place? Unlike, say Henry Ford or even George Zimmer, I don’t think his presence has ever really added much and even if it did, it sure doesn’t any longer.

Of course he needs to step away, given this is not his first gaffe! The public will get past his comments, but they may not get past Papa John’s products, restaurants and experiences.

Braintrust
"Yes. Beyond the swift and positive PR campaigns, Papa John’s needs to address the needs of current and potential employees. "

"Papa John’s is suffering from more than just a racial slur, they need a complete customer experience overhaul."

"Papa John’s is a corporation, not an individual. Yes, it can take further action to improve its position as a “new” company."