COVID-19 is a deal-breaker for Simon/Taubman merger 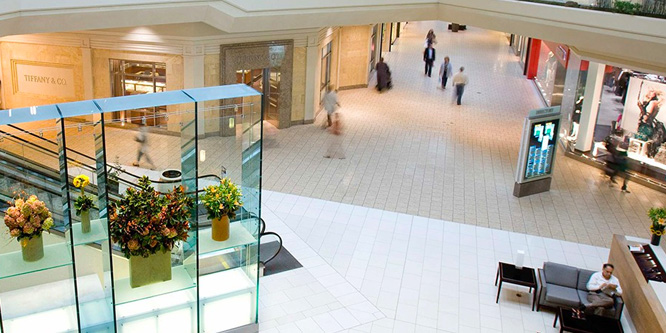 Simon Property Group has called off a deal to acquire Taubman Centers.

The largest mall operator in the U.S. said it was necessary to take this action because the outbreak of the novel coronavirus “had a uniquely material and disproportionate effect on Taubman compared with other participants in the retail real estate industry.”

Simon said the deal announced in February was also no longer valid because Taubman, an operator of upscale malls, had “failed to take steps to mitigate the impact of the pandemic as others in the industry have, including by not making essential cuts in operating expenses and capital expenditures.”

Taubman rejected Simon’s legal assertion and called it “invalid and without merit” and stated that it “intends to enforce its contractual rights” laid out in the merger agreement, including seeking monetary damages based on the deal price.

In March, Taubman announced steps it was taking to mitigate the financial hit from closing its properties. At the time, the firm said it was deferring up to $110 million in planned capital expenditures. Management said it expected to reduce operating expenses by about $10 million for the year.

Simon moved aggressively to cut expenses in response to the virus outbreak. It suspended or eliminated around $1 billion in redevelopment and new development expenses, furloughed corporate and field staff, while cutting staff salaries of workers not put on furlough. The mall operator began reopening some of its facilities in early May as states began lifting restrictions.

The Simon/Taubman merger is not the only retail-related deal that has fallen victim to COVID-19. A $525 million deal announced in February that would have given the private equity firm Sycamore Partners a controlling interest in Victoria’s Secret was called off after the lingerie retailer was forced to close stores across the country.

Earlier this week, CNBC reported that Coresight Research is predicting that between 20,000 and 25,000 U.S. stores will go out of business before the end of the year. Between 55 and 60 percent of those are located in malls.

DISCUSSION QUESTIONS: What do you see as the business prospects for malls over the next several years? What will it take to reinvent and reinvigorate these shopping centers?

Please practice The RetailWire Golden Rule when submitting your comments.
Braintrust
"This is a time for conserving cash, not heavy investment, so the deal already made less sense due to COVID-19 stress."

"The glut of money used to open a mall at every offramp never was based on demand but because they could."

"I saw yesterday a view that a third of malls will close in the next year. It was a headline grabber, but I don’t buy it!"

This going to get even uglier. Mall retailers are getting hit much harder than off-mall, and consequently so are the mall operators. Between failed mergers and suing tenants – like the recent lawsuit Simon Property Group filed against its largest tenant, the Gap Inc., for $66M in unpaid rent – mall operators are making an already difficult situation even worse. Malls need traffic, and there will be no reinvigoration if people don’t visit.

In the short term, first and foremost, mall operators need to continue to focus on making their environments safe for shoppers and the workers. And they should also develop programs to assist their retailer tenants open safely. Lawsuits won’t bring people to the malls.

This deal would have been considered a layup or a slam dunk a year ago, or even 6 months ago. And right now the “best use” future of mall real estate is a high-risk, half-court shot. Not so easy. Not so obvious. So it’s not surprising that any mall owner would not want to bite off more than they can chew right now. Too many looming retailer bankruptcies to add to a retail real estate portfolio for a while to come. Lots of dust has to settle for deals like this to make sense again.

COVID-19 is practically a dealbreaker on any merger where the core business activities touch retail. Whether that is Tiffany x LVMH or Sycamore x Victoria Secret — there’s enough legal wiggle room to kill a deal. COVID-19 has accelerated the eventual bulldozing of the bottom 1/4 shopping centers in America that simply aren’t productive enough and aren’t supporting a healthy halo effect of digital revenue in the areas they serve.

Chalk up another accelerated pre-existing trend to COVID-19. Malls had to evolve and SPG was/is ahead of the curve with the transition to multi-use social spaces. That is still the most likely future for traditional malls and Taubman locations would have been ideal. But another hallmark of SPG is conservative financial management. This is a time for conserving cash, not heavy investment, so the deal already made less sense due to COVID-19 stress. That Taubman didn’t act as aggressively as SPG thought they should just makes it even more so.

The glut of money used to open a mall at every offramp never was based on demand but because they could. One guy got his name plastered over media today for saying 1/3 of malls will disappear by 2021. That gets clicks but malls are not going to go quietly.

Rents are bound to fall and the whole “beiging” of the mall will break apart. Few want to go to a mall that is a cookie-cutter with the same brands, clothes, and restaurants they can find anywhere else. A new wave of smaller retailers, restaurants, and boutiques will reinvent the mall away from big and homogenous to unique and curated. In the long run, that is better for everyone.

Malls will be fewer in number but will continue to exist. There may be more mixed use of some properties to compensate for rentals forever lost to the demise of many retailers. Concierge services will become a necessity. Curbside or special pick-up areas will be converted from some underground loading bays. Paid parking may become a thing of the past (except possibly for valet parking). More space will be allocated to pop-ups.

In short, malls will continue to be around, in the more lucrative real estate, in a modified format with more entertainment components than heretofore.

I saw yesterday a view that a third of malls will close in the next year. It was a headline grabber, but I don’t buy it! I do think malls will suffer and many will close, but the decline will take place over a much longer period of time. I also think that many operators will try and reinvigorate their centers through investment and reinvention; some will be successful, others will not.

And that’s the issue here: because of reduced consumer demand and the need for increased investment, the valuation that Simon put on Taubman is no longer valid. The dynamics of the industry have changed and the prospects for growth are much reduced. It’s no longer about owning lots of centers or being a big player in retail property; it’s about the quality of the portfolio.

Malls have a relevance problem. Many of the stores — including the anchors — are struggling, and would be, regardless of location. On the other hand, even an Apple Store isn’t likely to turn things around. Malls are in need of a complete rethink in terms of their reason for being. Shopping is the centerpiece, but what other elements can be added to bring shoppers back? As the world responds to the pandemic and the changes in behavior, malls have an opportunity to become relevant again.

Given the demise of anchor stores across the board, now sped up by the pandemic, this will be one of the flash points of physical retail going forward. Look for developers to scramble to replace those anchors with more relevant retailers like Costco or even Target or face the consequence of a total meltdown. Given that prospect, and the fact that the whole mode of shopping has changed so much in the last 15 years (as well as the target customer), the prospects look pretty grim. Look for the 1200 malls in the US to winnow down significantly (300? 400 tops) in pretty short order.

I see a very different outlook for malls. No question this deal was no longer appealing for SPG and no surprise given their current financial situation they wish to cancel the Taubman deal. The last thing a mall operator needs right now is more malls to manage. While we’re starting to see consumers return to stores and start buying again, the same cannot be said for mall traffic. For once, department stores are in an advantageous position because consumers can see them as a one-stop-shop for much of the purchases they would do in the mall. For most malls, well over 40-45% of shops are apparel, but it requires the consumer to walk through the mall and enter/exit multiple stores. For consumers that are still safety conscious, this represents a real risk. Going in and out of the department store anchor at the mall represents much less risk. Specialty apparel is in a riskier situation than department stores right now as a result. That doesn’t mean some of those anchor stores are still at risk… Read more »
2
|
0
-   Share

Fans of “The Carol Burnett Show” might recall the funeral skit where Robin Williams asks her how she feels and she deadpans “well, not good.” The same can be said about the future of malls, at least in the next few months. It’s probably not as bleak as some are forecasting, but that’s only because those forecasts are of total collapse. After that — and assuming recovery — we’re back to where we were in March: a declining present and an uncertain future.

As for this specific merger, I doubt many will shed tears over it being called off (except of course the usual facilitators who will miss out on fees). It would have brought to tenants less competition in being able to choose locations and an even bigger landlord to deal with; what it would have brought to shoppers … well, who knows?

Braintrust
"This is a time for conserving cash, not heavy investment, so the deal already made less sense due to COVID-19 stress."

"The glut of money used to open a mall at every offramp never was based on demand but because they could."

"I saw yesterday a view that a third of malls will close in the next year. It was a headline grabber, but I don’t buy it!"