Goodwill finds the need to spin off a down-market concept 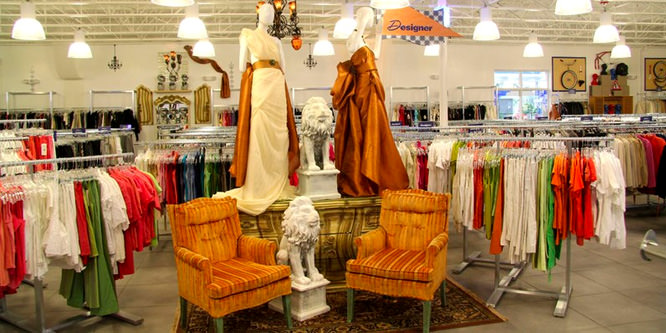 Goodwill isn’t what it once was — something Goodwill itself acknowledges. So, the company is piloting a new store concept to address the perception that it is moving too upscale. The goal is to keep customers Goodwill fears it has been alienating.

The longstanding thrift store banner is trying out a store format called Simply Goodwill, according to Forbes. The store concept, like thrift stores of bygone days, will have no tags on individual items nor sorting by color. The reduced labor costs that come with a less organized product selection will allow for lower prices than regular Goodwill outlets. Children’s clothing with start at $1 rather than $1.99 and adult clothing will start at $2.75 rather than $3.79. The pilot comes as a response to feedback from core shoppers who said they miss the way Goodwill used to be. The test location was opened last month in Roanoke, Virginia.

The increase in the popularity of thrift shopping that led Goodwill to go more up-market is well-established. The reselling of thrift apparel alone is slated to be a $33 billion business by 2021, according to research by ThredUP.

But thrift store shopping isn’t the only area of retail that’s begun to move up-market as it has grown in popularity.

Aldi, for instance, which carved out its niche globally as a hard discount grocer, has made changes moving somewhat away from its bargain basement roots. The chain has increased its selection of organic products and, last year, began accepting credit cards for the first time.

And even dedicated-to-low-prices Walmart has been revamping its image with acquisitions of Millennial-friendly e-tailers and brands including Jet.com, ModCloth, Moosejaw and Bonobos.

If stores like Aldi and Walmart are concerned that they may be leaving core shoppers behind as they roll out more modern offerings and amenities, there could be value in watching Goodwill’s move to see if it succeeds in bringing an alienated customer base back.

DISCUSSION QUESTIONS: Should retailers that are moving upscale to meet customer trends consider opening back-to-basics concepts like Simply Goodwill to keep core customers on board? What do you see as the potential risks and rewards of this strategy?

Please practice The RetailWire Golden Rule when submitting your comments.
Braintrust
"Why not utilize space in the existing store for a back-to-basics display or bargain section?"

Simply Goodwill will benefit the core target audience the stores were originally intended to help — the very poor. But they won’t stop thrift shop-addicted Millennials and Gen Zers from pouring over the unsorted goods. Paradoxically the resale market attracts two distinct groups of shoppers — those with fewer or no other options and more affluent treasure hunters who flaunt a shabby chic or retro style. Both groups of shoppers are in competition for the same inventory, and lowering the price point makes it more affordable for the former and more attractive for the latter. For Goodwill itself, it just means margin erosion.

Retail branding is the key element here. Goodwill may want to try its back-to-basics venture, yet also have a branded area that is a little more upscale. There are probably many name-brand suits, prom dresses, shoes and such that could bring in a higher revenue level. Frankly, most customers will perceive a quality difference signaled by the higher price.

Definitely worth a test run in several stores. These changes, done well, will also serve an important community need.

Back-to-basics concepts are a good idea. But do retailers really need a separate store to accomplish that? Having two different store concepts is expensive, and retailers run the risk of further fragmenting their brand identity. Why not utilize space in the existing store for a back-to-basics display or bargain section?

” The pilot comes as a response to feedback from core shoppers who said they miss the way Goodwill used to be.” Than line kept bugging me. It makes me wonder if the issue here is that retailers are leaving their core shoppers behind with price as they move upscale. Or is it that their core shopper simply likes the way the store used to look and feel? Value shopping is a necessity for a lot of consumers for sure, but there are also plenty who do it to meet an emotional or psychological need to feel they are being frugal. Frugality can be a virtue in and of itself. Some examples: That infamous “soccer mom in a Gucci tennis outfit, filling up her BMW at the self-service pump” that marketers all talked about in the ’80s. Walmart knew their shoppers were buying mid-range wines so they added them as part of their ill-fated “upscaling” experiment. But they found that their shoppers didn’t want to buy those wines at Walmart. That’s not the point. Walmart… Read more »
2
|
0
-   Share

Whaaa? Wow, shows you how elitist I am. But putting that aside for a sec — c’mon! You’re Goodwill! One of the most lasting, definitive brands ever. You think “Goodwill,” you know what that is. I thought.

In any case, I agree with Meaghan. Why go through everything you need to do to create a sub-brand when a little better merchandising would probably get you where you want to go? Sub-brands are hard, complicated and expensive. Just ask Walmart or Tesco for starters. They oughta know.

In order to really reflect the difference between “old Goodwill” and “new Goodwill” they need to show the contrast of them side by side — I am agreeing with Meaghan Brophy’s comment on carving out a section for a bargain section. Visual merchandising would reflect this as well, but strategically using different signage to make it look more “basic.” Skipping steps like sorting by color wouldn’t be beneficial, as the return of customers shopping easier and faster would make up for the labor involved. However a “simpler” pricing strategy, price-reflective signs and “older” fixtures would serve to represent it well. Otherwise two different stores is more costly, and the small price difference per item will likely not even be noticed by customers without having both groupings to contrast each other.

This would also help clear up the main area, where the higher-priced items would be (and would be displayed in a more premium way) so that each type of customer is able to find and connect with their environment.

There aren’t many Goodwills in our area. The ones that come to mind are pretty dowdy, the last time I checked. There are plenty of comparable thrift stores that are still bare bones but not full of junk. Most of these stores use different color tags and certain tag colors are discounted on different days. It adds an element of adventure and certainly allows you to save money compared to the original price. I’ve searched for pants (I bike commute and wreck my pants “regularly”) based on the discount tag color. That kind of merchandising element could be added to Goodwill to mix things up without them having to create “more” sub-brands — we must note they were an early differentiator through the creation of an upscale store brand and better fixtures and at the time, merchandising/presentation of goods.

Forget the opening of a new concept, the real question I want to ask is if Goodwill has gotten away from its real purpose — to supply goods and training to an under-served part of our population. I donate goods to Goodwill for them to use the money to provide training and goods to people who are disadvantaged. It looks to me like they are now putting sales above mission.

I wasn’t sure what comment to offer on this, as it seems a metaphor for dozens of things in the country — some good, some bad, some just curious — but what ultimately struck me was that there is (apparently) a large group of people for whom $1.99 is too “upscale” to pay for clothing.

Goodwill needs to look at the models of newer resale players like ThredUp. These companies have a much younger and far more affluent customer profile. It underscores that this is a brand issue with Goodwill, rather than a lack of opportunity or customers in the reasale market.

The point seems to be that Goodwill, unlike ThredUp, is still concerned about making clothes available at an extremely affordable price to people of limited economic means.

Prices on ThredUp for things like tops begin at 99 cents. It attracts shoppers from across the demographic spectrum (including the less affluent) but also manages to stretch into higher income brackets. The model works because the brand is interesting and engaging and it has products for all, which are presented in an easy to find and digestible way.

Unless their core targets are signaling significant dissatisfaction, it’s probably a good idea to make incremental changes vs making investments in an entirely new concept.

Braintrust
"Why not utilize space in the existing store for a back-to-basics display or bargain section?"