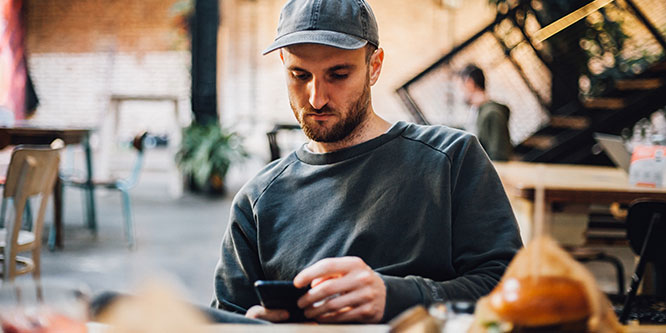 Surveys show that trust in scientists took a hit during the pandemic and it may be impacting science-based marketing claims.

Recent research from John Costello, a marketing professor at Notre Dame’s Mendoza College of Business, along with researchers at Simon Fraser University and Ohio State University, explored how invoking science in the marketing of consumer products can backfire.

The research generally found science-based claims are effective when marketers try to sell the practicality of the product. When trying to sell based on sensory pleasure, consumers are less likely to buy it when it is described as developed using science.

“The reason this occurs is because people stereotype the scientific process as being competent but cold, similar to how they stereotype scientists,” said Prof. Costello in a press release. If consumers become aware that science is necessary in making the product, the backlash against the science claim doesn’t occur, according to the findings.

The research further found those who work in STEM industries (science, technology, engineering and math) don’t exhibit the “science backfire effect.” Researchers, however, also cited public polling concluding that a growing number of Americans have lower trust in science, suggesting that segmentation strategies may be beneficial for marketing managers.

“Our studies suggest that many consumers have mixed feelings about science in product development, despite the fact that societally, we increasingly rely on products produced by science,” Prof. Costello said. “As a result, marketers need to exercise caution when discussing the scientific process used to create products that consumers are buying for taste, enjoyment and other types of pleasure.”

Researchers assessed trust in scientists based on a Pew Research Center December 2021 survey that found only 29 percent of U.S. adults have a great deal of confidence in scientists to act in the best interests of the public, down from 39 percent from a November 2020 survey.

Among party affiliations, 13 percent of Republicans were strongly confident in scientists versus 43 percent for Democrats, down from 22 percent and 53 percent, respectively, in the November 2020 survey. Across ethnic groups, the trust decline was particularly pronounced among white adults as the group’s scientist trust levels are now on par with Blacks and Hispanics.

DISCUSSION QUESTIONS: Do you agree that consumers have “mixed feelings about science in product development” partly due to their experience during the pandemic? What are your general thoughts on the benefits and potential backlash of science-based claims used in marketing or on packaging?

Please practice The RetailWire Golden Rule when submitting your comments.
Braintrust
"I’m not sure you should ever use a science-based pitch for a sensory-based product."

10 Comments on "Has science-based marketing taken a pandemic hit?"

Offering reassurance of performance is always an effective closing strategy for brands. Even before COVID-19, however, some of the science-backed claims came into question. Making them believable is key.

I’m not sure you should ever use a science-based pitch for a sensory-based product. The phrase, “Scientifically designed to maximize your pleasure” sounds pretty creepy to me. I’m pretty sure that Pew study is irrelevant to this topic (sorry Tom Ryan) – I’m betting the rule for science-based marketing is not tied to political affiliation.

The science of segmentation is constantly changing, and organizations are well-advised to keep a finger on the public pulse to identify new attributes, preferences and characteristics of buyer pools.

As far as invoking “scientifically approved products” as a selling feature, it’s useful for a certain set of products and consumer cohorts.

Leveraging science-based algorithms to drive personalized digital direct marketing campaigns is an enabler and not the end product. The most impactful marketing campaigns are powered by multi-sensory experiences that resonate beyond the product or service. The power of storytelling and social selling relies upon the emotional and psychological connection to the product and how it fits within our lives.

The most effective marketing campaigns are authentic, natural, and resonate with our emotional core. Well before any science-based algorithms, those of a particular generation certainly remember the Coke, Life Cereal, and Budweiser commercials that connect with consumers beyond the transactions. The playing space for authentic storytelling marketing is TikTok and other social media platforms. Where user-based content creation dominates and resonates with consumers today.

No offense intended, but lots of consumers weren’t that bright before the pandemic, and it’s gotten worse. Marketers will do well to remember that shoppers often buy on emotion and many times aren’t rational or logical.

That’s right — the emotional decision is made first and then the brain tries to come up with some veneer of rationality to justify it. “Science” (you have to make the finger quotes) gets abused because unscrupulous folks will correlate any two things to make a claim, and our government has hogtied its agencies from policing bogus statements. Hence Ivermectin.

For marketers, if you really do have good science it needs to be “demonstrable” to cut through all the noise, whether on TV or TikTok. I believe Bounty paper towels are more absorbent because I can see the test being run in the ad. Don’t claim a benefit — show me the benefit. That’s real science, without the lab coats.

I’m very confused about what this has to do with the pandemic. If you’re talking about masks and other COVID-19 spread mitigation, okay. But for everything else? I just don’t see a correlation.

Science-based claims date all the way back to “three out of four doctors smoke Camels” and other such nonsense from the ’50s. We’ve moved on to “all-natural” and other seemingly health-based claims.

Commercializing science isn’t that good of an idea.

Retail is art + science (design + data). Products range from purely functional to purely whimsical. Sometimes a product’s whole reason for being will be science-based, and can be marketed accordingly. And sometimes it will be all about emotion — no science claims needed. The trick always has been, and always will be, the skillful blending of these skill sets and thought processes. Apple is a great product based on the science behind the product. Apple is a great brand because of the emotional appeal built by the marketing.

I think this question is conflating two (really rather) different issues: trust in “science” — or really more broadly what might be termed authority — and the Pandemic, specifically. I don’t question that the latter provided plenty of opportunities for doubters to doubt, but they do that anyway; and by-and-large, (what can meaningfully be called) “science” came thru pretty well.

The bigger, and longer term, issue is slowly declining trust in institutions; and, unfortunately, there really isn’t a remedy for this … since much of the mistrust is justified.

There are a couple of themes here that deserve to be considered. Emotional connection to brands wins over rational, performance based claims, with some category exceptions. But the broader theme here is whether there has been a decline in trust, perhaps accelerated by the experience of the pandemic. Political affiliation adds another layer to this. Before the pandemic, scientific claims of global warming were under attack by certain political groups. Marketers need to understand if their audience includes those with a belief system that generally distrusts science.

Braintrust
"I’m not sure you should ever use a science-based pitch for a sensory-based product."