How Modell’s survived a bankruptcy scare 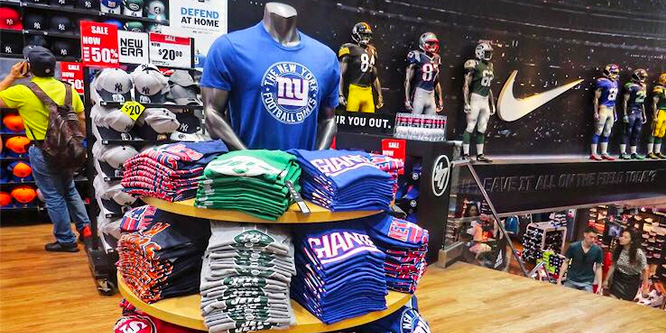 Mitchell Modell, CEO of Modell’s Sporting Goods, believed he had only 48 hours to avoid liquidation after a Wall Street Journal article came out stating that the chain had hired a restructuring advisor and was considering a bankruptcy filing.

Mr. Modell told SGB Media that Berkeley Research Group (BRG) was hired for consulting purposes and not for restructuring work, but the timing couldn’t have been worse.

Some payments to vendors were late after a poor December and January, in large part due to warm weather in the northeast. Modell’s CFO had decided to leave the retail industry to join Town and Country Living two weeks before the WSJ article arrived on March 11.

Further, vendors serving the sporting goods industry had already been burned by the bankruptcies of Sports Authority, MC Sports, Eastern Mountain Sports and others and weren’t willing to risk promises.

Within four days, daily shipments to Modell’s distribution center slowed to 7,000 from 18,000 as trade credit dried up.

Mr. Modell’s strategy, according to a follow-up article in the WSJ, was to ”over-communicate.” The CEO and his chief merchandise officer reached out to all 300 suppliers across the CEO, CFO and credit officer levels as well as their financiers to convince them to resume shipping.

Management handed out financials under nondisclosure agreements. In a series of videos on Vimeo, Mr. Modell promised to invest $6.8 million of fresh capital into the company and the company talked up a new operating plan to drive further improvement. Mr. Modell offered his personal cell phone number to anyone with concerns.

In the end, 297 of the 300 vendors resumed shipping to the retailer.

“Be transparent. Be forthcoming. Don’t hide” was a key learning for managing such crisis situations, Mr. Modell told SGB Media. He considers himself fortunate to be able to lean on relationships built up over a lifetime in sporting goods.

Still, Mr. Modell expects to continue operating Modell’s more like a public company with greater accountability and transparency to partners due to the continued unsettled retail climate. Mr. Modell said, “Right now, we’re in a fishbowl.”

DISCUSSION QUESTIONS: What lessons should other retail leaders glean from Modell’s success shoring up trade credit support? Do you recommend having greater transparency with vendors before crisis situations arise, given the uncertain retail climate?

Please practice The RetailWire Golden Rule when submitting your comments.
Braintrust
"What Mr. Modell did was to create the necessary information, and then communicate. All too often companies’ communication with their resources is dismal."

"As is the case with Modell’s, it’s also critical for retailers to be fully transparent about their financial situation with their suppliers."

"[Mitchell Modell] understands the power of picking up the phone and talking (not texting) to his suppliers and having that irreplaceable personal contact."

6 Comments on "How Modell’s survived a bankruptcy scare"

Much of this audience may not know that Mitch Modell is not a Millennial (duh!) and is of an older school of merchants and retailers. He is more of a street fighter than most. He understands the power of picking up the phone and talking (not texting) to his suppliers and having that irreplaceable personal contact. THAT is the lesson to be learned here.

It’s the age of trust and transparency. Consumers expect retailers be up front and honest with them, as it’s all about the long-term relationship. As is the case with Modell’s, it’s also critical for retailers to be fully transparent about their financial situation with their suppliers.

Trust is a delicate thing and has to be handled very strategically. Modell’s remains one of the few larger family owned specialty businesses still in operation. Considering the relentless pace of disruption in the specialty athletic space, Modell’s is making the right moves by over communicating to their suppliers.

Retail is a partnership between the wholesale manufacturers and the company. Modell’s is fully dependent on maintaining this confidence with the vendors, as they work to turn the business around.

Trust, transparency and communication are the winning combinations for the relationships between retailers, their suppliers, and their customers. Crisis management is all about getting in front of the situation and defining the narrative before others do it for you. Modell wisely got in front of this by ensuring the message was always his. Those are the lessons to be learned! And this is valid for messaging to suppliers as well as to customers!

Mitchell definitely was helped by his deep connections in the industry; not many retail CEOs have those connections. Even healthy publicly-held retailers seem to change CEOs and other key members of their exec team quite often.

He mentioned that he’s a friend of Toys “R” Us’s former CEO, David Brandon, and saw him go through a similar situation after a CNBC report revealed they hired a restructuring advisor. The one difference is Brandon had only been in the toy industry for three years while Mitchell has been working in the sporting goods industry his whole life.

Mitchell said he was telling his vendor partners he’d “move to Venezuela and live with Maduro” before he’d let his company go under and they likely only believed him because of those long relationships. I guess it’s one positive for family-owned businesses in these situations.

“…believed he had only 48 hours to avoid liquidation…” Gee, owners are always the last to know!

Seriously, this case sounds more like the WSJ printing misinformation, and perhaps Mr. Modell having some legal recourse against them than any kind of tutorial on how to handle either finances or vendor relations.

I would hesitate to offer one-size-fits-all advice to companies in financial trouble — and even more so in a case like this where there is only a rumor of such. Not telling people can alienate vendors if they hear something (true or not), but telling something can also create panic. Much as with the captain who was asked for advice on how to handle a grounding: don’t get into the situation in the first place.

Braintrust
"What Mr. Modell did was to create the necessary information, and then communicate. All too often companies’ communication with their resources is dismal."

"As is the case with Modell’s, it’s also critical for retailers to be fully transparent about their financial situation with their suppliers."

"[Mitchell Modell] understands the power of picking up the phone and talking (not texting) to his suppliers and having that irreplaceable personal contact."