Is simpler better for rewards programs? 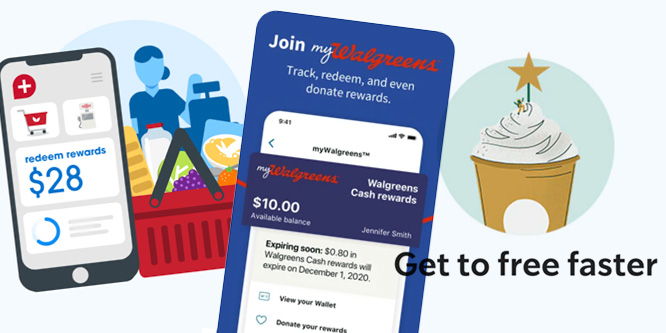 Non-tiered programs reward members with frequent, but not increasing, rewards such as “buy 10 get one free” and are more commonly used by retailers and service industry businesses.

Researchers collected data from more than 5,500 customers who first started purchasing from a certain business in the same three-month period and explored the outcome when some were automatically enrolled into the loyalty program.

Non-tiered customer loyalty programs were found to increase customer value by almost 30 percent over a five-year time period. Of the program’s total lift or effectiveness, more than 80 percent related to reduced attrition, while less than 20 percent was tied to increased frequency.

Arun Gopalakrishnan, a co-author and Rice University professor, said in a statement, “In the end, the primary value of a non-tiered customer loyalty program is not a means to increase frequency or spending. It’s a way to nurture a long-term and lasting relationship with the customer to reduce the defection of loyal customers over time. Non-tiered loyalty programs may provide psychological benefits that help cultivate such loyalty.”

With a one-size-fits-all appeal, non-tiered programs earn praise for being accessible. Multi-tiered rewards programs are often called out for making it overwhelming for lower-tier members to move up to higher tiers. Tiered rewards are also often criticized for being overly complex and confusing for consumers.

Many retailers in the fashion and luxury space, however, believe tiered programs are better structured to reward their most loyal customers.

Giant Eagle, last November, launched what it said was the first multi-tier loyalty program by a major U.S. supermarket. Once customers spend more than $2,500 over a six-month period, they join the myPerksPro tier that offers increased dollars rewards per spend, quicker redemption and other perks. Giant Eagle notes on its website, “The more you shop with us, the quicker you’ll be a Pro!”

DISCUSSION QUESTIONS: Do untiered or tiered rewards programs work better for retailers? What are the pros and cons of each rewards structure?

Please practice The RetailWire Golden Rule when submitting your comments.
Braintrust
"The future of loyalty goes beyond a tiered or un-tiered system - it will be a personalized loyalty experience tailored with relevant recommendations/rewards for each customer"

12 Comments on "Is simpler better for rewards programs?"

The answer is that both reward structures drive different types of behavior – albeit among different percentages of customers. Complexity is bad in every loyalty program, but tiered programs do not need to be complex if designed wisely. When customers don´t understand how to earn points or how they can redeem the points for rewards, then take-up will be modest and benefits will be reduced for all stakeholders (including customers).

The best designs are simple and understandable by the mid-tail customer (i.e., the average customer). Frequent customers will figure out how to game the system for their own benefit and should be rewarded for the level of engagement. However the biggest pot of money is in the mid-tail and longer-tail customers that could be much more frequent and allocate more share of wallet if there is something useful in it for them. Unfortunately, most programs are optimized for frequent customers and do little to grow share of wallet among the middle mass of customers.

I agree! Simplicity doesn’t necessarily pertain to tiered vs. un-tiered. Simplicity more so matters when it comes to translating the points to rewards. The harder it is to understand what points will get you, the less motivating the program becomes.

Loyalty programs should endeavor to treat the big spenders differently, and not necessarily with discounts or cash back. Single-tiered programs are easier to understand and use. But if they serve to stem attrition and do not increase spend, then the effect of the loyalty program is to increase the lifetime value of the customer. To the extent that customer acquisition is expensive, one would have to favor the increased lifetime value of the single-tiered loyalty program over increasing the spend per trip or transaction.

Nordstrom found themselves in hot water when they tried to streamline their loyalty program to reduce the tiered benefits. It’s universal human behavior – those who spend more want recognition and reward for that loyalty, and feel unappreciated when seeing less profitable customers receive the same perks. Loyalty is a crucial building block for repeat business and growing lifetime customer value. Given than shoppers spend 65 percent more with a retailer by year three than in their first, and that the cost of acquiring a new customer is up to 300 percent higher than keeping an existing customer, brands and retailers should be investing heavily in their loyalty programs as a major revenue strategy. A bird in the hand…

The future of loyalty goes beyond a tiered or un-tiered system – it will be a personalized loyalty experience tailored with relevant recommendations and rewards for each customer.

There is no one-size-fits-all, but when as a retailer you are rolling out a program for the FIRST time and the primary goal is collection of data and creating an extra channel of connection, un-tiered is often the better route (you can always add on tiers down the road). Easy to understand and quickly realizable benefits (you can’t expect customers to wait 10 times to get something back) will provide a sound structure to keep customers in the funnel long enough to track their behavior.

Additionally, just because your “explicit program” is un-tiered doesn’t mean that you can’t have implicit rules or guidelines behind the curtain that allow you to provide perks and elevated experiences to those customers who might have fallen into your top tiers otherwise. By removing expectations, the benefits have the potential to make a bigger impact on customers, and if they don’t resonate you can simply remove rewards with a poor ROI.

I am a believer in tiered membership. Having said that, they should be designed well for customers to understand easily– some of the additional benefits of reaching a higher tier need not even be financial. In addition to that, I think retailers have an opportunity to drive gamification, that rewards customers financially for reporting out of stock (shelf scanning crowdsourcing) and providing other useful information that can help lower store operations costs for the retailer.

Simplicity always wins! Why do you think Google and Amazon are so successful? I have often said any website needs to be as intuitive as buying a book from Amazon the first time. About the structure, I think airline award-style programs with high thresholds would only suffer from those who might think they will never get to an award level. As such, smaller awards along the way would encourage continued participation and initial signup, BUT IT HAS TO BE SIMPLE! Please, no gamification ideas or badges … that would be so 2005!

There is a use case for both untiered and tiered loyalty programs which can be dependent on the retailers’ goals. However, the future of loyalty should really be in personalization. As more data is available to evaluate how shoppers are engaging with the retailer, a best-in-class approach would be to nurture and build individual relationships with shoppers as people and avoid bucketing them into broad generalities. Retailers can accomplish this by tailoring promotions to shopper behavior individually rather than a rigid system. The goal would be to reward shoppers with an incentive, available at their next trip to the store. This kind of intimate relationship enables us to celebrate and reward our differences to curate the relationship between retailers, brands and people.

Loyalty marketing is built on the premise that not all customers are the same and thus, marketing investments should be tailored according not just to the realized value of customers, but to their potential incremental value. It’s rather arbitrary to argue that a simple vs a complex “program” is the right one, just as it is to say that tiers or no tiers are a better strategy, though tiering is well documented in terms of its effect on customer behavior and is a means, even a simple one, to differentiate customers, their value and the investment they merit.