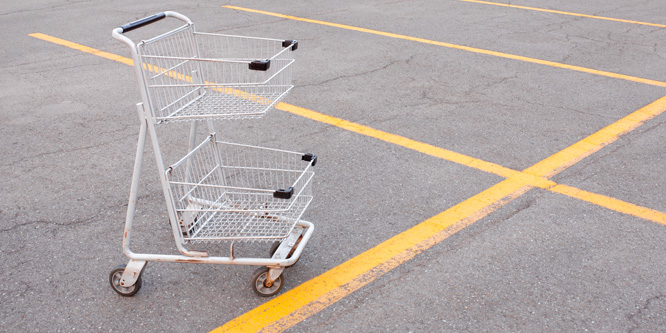 A single grocery store going out of business in an otherwise under-served area can cause big problems for a community. Recently in South Memphis, TN, Kroger made an untraditional move in a market to make sure a community it was leaving wasn’t stuck without a place to shop for food.

In the aftermath of a February store closure in Memphis’s Orange Mound neighborhood, Kroger began working with community groups to find a tenant to purchase the space, according to Newsweek. The chain reached out to 30 businesses, but could not find one that could afford the $500,000 building. In late September, Kroger donated the building to a competitor, eight-store regional chain Superlo Foods, so that the neighborhood would not be without a grocery store.

Lack of a willingness from other retailers to purchase the space was attributed to the location’s inability to produce the kind of margins a traditional grocery needs to survive. A 2015 study states that some of the zip codes in Memphis constitute the country’s poorest areas. Nearly 200,000 people in Shelby County —where the Orange Mound neighborhood resides — live in food insecurity.

This is not the first move Kroger has made to address the problem of food deserts. Earlier this year the chain announced the launch of Zero Hunger Mobile Mart in Louisville, KY. The Mobile Mart is a single-aisle grocery store on wheels that visits low-income neighborhoods, housing complexes, senior living centers, parks and community centers where groceries are not otherwise easily available. The 50-foot refrigerated trailer makes two stops daily.

Other retailers, startups and nonprofits have tried to address the issue of food deserts from various angles.

Kroger’s move in Memphis comes as customers nationwide have become more conscious of issues of corporate social responsibility and big businesses have begun to respond in some surprising ways.

The Business Roundtable, a lobbying group composed of CEOs of the country’s biggest companies, recently changed its corporate governance principles to reflect a responsibility on the part of corporations to “all stakeholders,” rather than just shareholders.

DISCUSSION QUESTIONS: How important is it for grocers and other retailers to take into consideration the impact of leaving a community? Do you see any benefit to Kroger in the case discussed in the article?

Please practice The RetailWire Golden Rule when submitting your comments.
Braintrust
"This is an incredibly important and generous gesture by Kroger. "

"Sometimes, there is more to think about than just instant deliveries, robots and AI. Shout out to you, Kroger."

"How can anyone not be proud to be part of the retail world? Retailers of all sizes donate millions and millions of dollars each year back into their communities."

This is an incredibly important and generous gesture by Kroger. Their awareness of and sensitivity to the needs of the community that supported them for many years is both admirable and inspiring. While they may never see monetary returns in the Orange Mound community from the goodwill engendered by this act, their national brand image is enhanced, colleague morale is enriched, and the company will prosper in many indirect ways.

This is very decent of Kroger and it says a lot about the moral fiber of the company. Sadly, some stores are simply uneconomical and it’s not wrong that retailers look to shutter them. Part of the solution lies in flexible formats: some areas can’t support a big box store, but may be able to accommodate a smaller format that still sells a comprehensive range of goods. Hopefully as more big grocers adapt their formats we will see more retail solutions for underserved areas.

I commend Kroger for their role in finding a suitable replacement when they left Memphis’s Orange Mound neighborhood and donating their former building. However, I think it’s sad and frankly a bit stupid. Sure there is goodwill and a nice press they will get, but the real winner is Superlo Foods. If Kroger could donate a $500,000 building, it would have made more sense to develop a business model that could have kept them in their space and let them be the winners in the community. Consumers have such a bad taste about big business because of the concerns only being on profit. This was an opportunity for Kroger to go against the grain and help a small community shop their stores, and they blew it. Superlo Foods will continue to grow, and although most likely they’ll never be as big as Kroger, I guarantee that if a neighborhood ever has a Kroger and Superlo Foods, it will be Superlo Foods who will get the business. Profit is essential, but too much focus on short-term… Read more »
0
|
-8
-   Share

Kroger is a reasonably intelligent company, even if in my writings I argue they have a lot of what I call “stranded” best practice across the company, great things that are done here and there across the banners, but not codified in one master set of SOP best practices that are introduced and effectuated in a systematic way across the banners. That being said, they are smart enough to figure out whether they could ever make money with this store, and they figured not. It’s cheaper for them to give away an asset that they valued at $500,000 (and clearly it’s worth less if they couldn’t sell it as part of a viable business plan for another business), than to continue to lose more money. Plus they get lots of publicity etc. (Although they will now have to field more such requests going forward). What is equally interesting, not mentioned by anyone is how in the past it was pretty typical for supermarkets to close stores but put restrictive covenants on the use of these… Read more »
1
|
0
-   Share

Well, now I wish there was a Kroger near me so I could shop there.

I’m with Neil, some stores are simply not economical. Community well-being is top-of-mind for consumers today. Kroger’s care for the people of this Memphis community sets an important example for other businesses to follow.

Way to go, Kroger! When we last spoke, a month or so ago, about Kroger’s Mobile Mart, I said it shows their corporate heart, so this effort by Kroger should not surprise anyone. We should be thankful for their willing contribution to help. Sometimes, there is more to think about than just instant deliveries, robots and AI. Shout out to you, Kroger.

How can anyone not be proud to be part of the retail world? Retailers of all sizes donate millions and millions of dollars each year back into their communities. They do it quietly, typically (Walmart alone donates over $1 billion annually). Retail gets a black eye (sometimes deserved) too often. This is just another example of the good work we do.

The business roundtable companies donate over $8B to charity last year. This move by Kroger is reflective of their values. While it won’t impact revenues dramatically, every company, especially larger ones or highly branded ones have PR firms on retainer. There is only upside to this for Kroger and the closer to believing this mantra of supporting their community at large they are, the more public support it will drive for them.

Braintrust
"This is an incredibly important and generous gesture by Kroger. "

"Sometimes, there is more to think about than just instant deliveries, robots and AI. Shout out to you, Kroger."

"How can anyone not be proud to be part of the retail world? Retailers of all sizes donate millions and millions of dollars each year back into their communities."