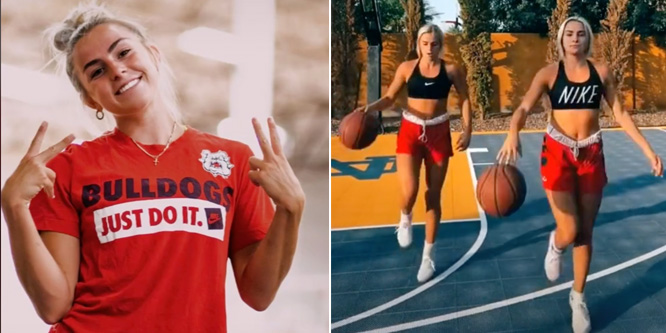 College athletes have been fast off the blocks in making endorsement deals with a variety of brands and retailers following the unanimous ruling last week by the The Supreme Court that NCAA rules limiting what students can earn in education related benefits (think scholarships, computers, et al) was unconstitutional.

Deals with student athletes were being announced within a day of the court deciding that student athletes had the constitutional right to receive financial support for their educational endeavors in exchange for their names, images and likenesses (NIL).

Antwan Owens, a student who plays defensive end for Jackson State’s football team, was reported by Sports Illustrated to be the first to sign an endorsement deal. Mr. Owens and 3 Kings Grooming, a black-owned hair product company, made history with a midnight ceremony in New York City.

Mr. Owens is coached by Deion Sanders, someone who knows something about endorsement deals. He was one of five players on the Jackson State team to make deals with 3 Kings Grooming. Financial terms of the agreements have not been disclosed.

Hanna and Haley Cavinder, twin sisters who play basketball for the Fresno State women’s basketball team, were among the early high-profile student athletes using their NIL. The sisters, who have a following of 3.3 million on TikTok, inked an endorsement deal with Boost Mobile.

The Cavinder sisters’ agreement with the mobile phone service provider is seen as a key case as concerns have been raised around whether female athletes and others from outside Division 1 powerhouse conferences would have access to NIL offers to support their pursuit of higher education.

Boost Mobile, which had the Cavinders as a key endorsement target, is planning such deals with more than 400 other athletes on its list. The company began reaching out to those students yesterday, according to Yahoo Sports.

“This isn’t just about blue-chip athletes coming in and sort of trying to get them before [they get to] the NBA or NFL,” said Boost Mobile CEO Stephen Stokols. “This is about all athletes. And every athlete in every sport in every type of school has an opportunity to really create value for themselves.”

DISCUSSION QUESTIONS: Do you see NIL endorsement deals becoming a bigger element of brand and retailer marketing efforts? How should brands and retailers approach making such deals?

Please practice The RetailWire Golden Rule when submitting your comments.
Braintrust
"As with anything, brands will need to ensure there is alignment between their products, ethos, and who they’re targeting and the athletes they select."

8 Comments on "Marketers go to college to recruit brand ambassadors"

The Supreme Court was quite right to strike down rules which restrict the personal freedom of these athletes and hamper their commercial success. I am sure we will see more endorsement deals made as a result and that’s no bad thing. However as with anything, brands will need to ensure there is alignment between their products, ethos, and who they’re targeting and the athletes they select.

Now that college athletes can accept endorsements, brands have new marketing opportunities to increase brand awareness among college-age consumers. Evaluating which students have the greatest following, and therefore the greatest impact, is essential to identify the value of NIL deals.

Being a BIG TEN FAN, I can see that those and other players in high profile positions will get and generate a lot of buzz and attention with these promotional efforts. It is big business. For example, I believe that if Michigan’s athletic program were a company, it would be a whisper away from being a Fortune 500 player. Never forget: celebrity sells! .

College athletes are a smart choice for brands, as they’re aspirational for younger consumers and are living lives that would pique anyone’s curiosity. Especially with the Olympics coming up, there will be a renewed interest in youth athletics, so we can expect NIL endorsement deals to become a larger part of brand/retailer marketing strategies. Brands and retailers would be wise to choose ambassadors that have a large enough following to be influential without already also endorsing too many other brands where their authenticity could be questioned by consumers.

We’re about to see a gold rush. So it’s time to remember the old truth: The people who make money in a gold rush aren’t the miners but those supplying services to the miners.

Yes. We will see massive activity with the opening of a whole range of lower cost yet well known celebrity athletes. Agents and advertising agencies will do well through this rush.

Given the connection between college athletes and their fans, I believe it is inevitable that NIL marketing of college students will become a bigger and bigger piece of brand spending. Not only will college athletes become part of national mass advertising, but they will feature prominently in local marketing and social media as well. College students have a greater proficiency in social media, further increasing their value.

It’s hard to imagine they won’t become more common and, in some cases, more lucrative. As to how brands and retailers should approach such deals, the critical word is cautiously. Young athletes are young people and young people sometimes make big mistakes on their path to adulthood, especially if they suddenly find themselves with lots of money and attention. The same problem occurs in the pro ranks as well, so best to know who you are putting your money on before you invest.

“This isn’t just about blue-chip athletes coming in and sort of trying to get them before [they get to] the NBA or NFL,” said Boost Mobile CEO Stephen Stokols. “This is about all athletes. And every athlete in every sport in every type of school has an opportunity to really create value for themselves.”

I think this right here is the key for both the brands and the athletes. Crossnet IMHO has done an amazing job for a smaller brand of signing lesser known athletes. This benefits the athlete in allowing them to make some money and benefits the brand in terms of utilizing this as a micro-influencer campaign. Makes complete sense!

Braintrust
"As with anything, brands will need to ensure there is alignment between their products, ethos, and who they’re targeting and the athletes they select."