New stores are opening in malls, inflation or no 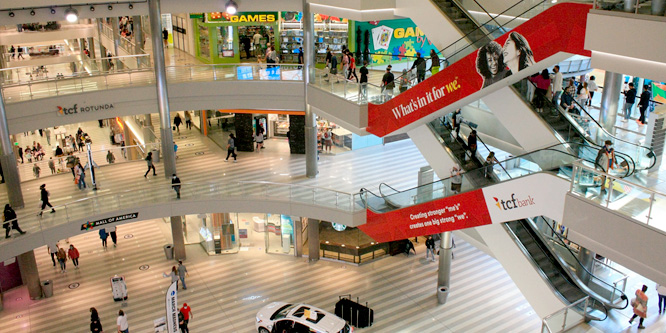 Some say a recession is on the way; others say it is already here, but according to the biggest owner of U.S. shopping malls, the threat of an economic downturn is not deterring retailers from opening new mall locations.

Simon Property Group (SPG) said on a conference call that they have not seen retailers backing out of deals to open up stores, according to CNBC. Its tenant occupancy rate is even up year-over-year, currently at 93.9 percent over 2021’s 91.8 percent.

Contributing to the ongoing opening of mall locations are factors such as the movement of online brands into brick-and-mortar retail, retailers following customers leaving U.S. cities for the suburbs and retailers that are traditionally known for their anchor stores testing smaller formats. In terms of customer spending, while lower-income mall shoppers appear to be pulling back on spending, those shopping luxury-focused retailers like SPG-owned Brooks Brothers have not.

Despite SPG’s reassurances about the well-being of its shopping malls, a recent study from Placer.ai shows results that are more mixed. Visits to indoor malls were down 9.5 percent in June compared to pre-pandemic numbers, even though visits were up 1.5 percent compared to June of the previous year.

If retailers are still signing up for space at the mall, however, a part of their incentive could be being able to lock down more favorable deals than what was on the table pre-pandemic. In 2021, shopping malls began offering more short-term leases to retail tenants that allow greater flexibility in case of a foot traffic downturn.

Outside of malls, some major retailers have continued to pursue aggressive footprint expansions despite inflation. Off-price grocer Aldi, for instance, announced in February that it would be opening 150 new stores throughout 2022 to make it the third largest grocer in the U.S.

Recent counts are consistent with the position that store openings are not slowing. So far this year there has been a net increase of 2,478 stores in the U.S., with 4,432 openings and only 1,945 closings, according to Coresight Research as reported by CNBC.

DISCUSSION QUESTIONS: How likely is it that mall occupancy rates will remain at the current level or higher over the next two years? Will retailers that are opening new stores in malls be happy with this decision after five years?

Please practice The RetailWire Golden Rule when submitting your comments.
Braintrust
"Well-managed centers in the right locations will thrive and pick up market share as digitally native, commercial and traditional brands look to right-size their footprints. "

"Bottom line, the top 100 malls will likely sustain high occupancy. Occupancy everywhere else will decline, in some cases precipitously."

"The reality is the news of the mall’s death has been greatly overblown and shoppers don’t seem to care."

14 Comments on "New stores are opening in malls, inflation or no"

Barring unusual events that dramatically increase in-store shopping, we should have no reason to believe that mall occupancy rates will rise. We have been forecasting the death of the mall for at least five years. What has changed to mitigate their demise? I suspect that two of every 10 new retailers will be happy with their decision five years from now.

Retailers go where the buyers are. Online is expensive. The store always has been the hero at cutting through clogged email boxes. I’m sure the doom-and-gloomers will say, “yeah but…” The reality is the news of the mall’s death has been greatly overblown and shoppers don’t seem to care. Now if retailers would just understand they need to invest in their people who will invest in their customers, they’ll thrive.

Good points Bob! Barring another big environmental disaster (like the pandemic), there are continued opportunities for retailers with the right combination of products and customer service. There are always challenges for retailers, but savvy retailers can thrive.

There are three points to be made on this. One, despite economic issues, consumer spending has held up pretty well so far and there is plenty of demand out there for retailers to chase – so of course some are looking at opening new shops. Second, a lot of retailers see opportunities for growth and expansion even in more challenging times. Third, although Simon is keen to say how wonderful everything is, there was a notable absence of detail on its own investments such as JCPenney. I cannot imagine some of those brands are doing at all well!

We are experiencing a very unusual shift, as a society, in our relationship with both shopping and with the built environment. If retailers, mall owners, and developers don’t make a corresponding shift in the appeal and functionality for malls, their decline will resume its previous trajectory.

At the center piece of my book (“Remarkable Retail: How to Win & Keep Customers in the Age of Disruption”) is the observation that the middle of the market is collapsing and most of the non-top tier malls are either doomed or need to be massively repurposed. This is driven by “the great bifurcation” which has seen store growth at either end of the value spectrum. Most of the value concepts that are responsible for the bulk of the store openings don’t open in malls. The high end will prove resilient, but aren’t opening many stores. The significant unit growth on the part of DNVBs is very likely to stall. J.C. Penney (as well as Macy’s) is very likely to close many stores in the next two years. Bottom line, the top 100 malls will likely sustain high occupancy. Occupancy everywhere else will decline, in some cases precipitously.

This is a case of survival of the retail fittest. Well-managed centers in the right locations will thrive and pick up market share as digitally native, commercial and traditional brands look to right-size their footprints. Developers need to be innovative in their leasing approach, balancing space with food, services, commercial spaces and even mini-distribution/black out stores.

The decline of the mall started years ago – before COVID-19 and the current economic situation. Depending on who you follow, there were more stores than customers. Then there was a pull-back; less building/new developments, consolidation of retailers, etc. Even shutdowns. Now it’s starting to balance out. Hopefully we’ve achieved a baseline. From there we may see fluctuations, up and down, but over time we should experience a slow and steady growth.

Mall occupancy can grow and thrive, with a few ifs: if landlords can structure rents to work with retail realities; if malls succeed in curating their tenant mix to offer consumers a great full range shopping experience instead of 10 of the same type of stores and a food court; and if malls can integrate an online platform to support and work with their brick and mortar offering, then success awaits.

How about some mention about the simple math and profitability of physical retail vs. e-commerce profitability? Stores as fulfillment centers. Stores as the best instrument of brand building and the fulfillment of the brand promise. “Omnichannel” became unpopular for some reason. But to me it’s still pretty descriptive of what a brand or retailer has to be.

The pendulum has started to swing back as retailers realize that e-commerce alone is not the future. Stores are required to truly engage with customers. There will be an equilibrium that is somewhat lower than before the shift to online-only, but never as high as it used to be. Lean but with increased touch points is the core focus.

Town centers are the trending success stories of bricks and mortar shopping. Anchored by higher-ed grocers, these are the Disney-like shopping areas that combine chain retailers, chain and regional restaurants, and semi-ample parking. But shorter-term leases and tenants extending their online brands into physical stores in malls? Yes, those will extend the lives of newer malls but probably not save the ones built in the ’50s, ’60s, and ’70s — no matter how many renovations they’ve been through.

Retailers now know that they have to think in terms of delivery points for shoppers: malls, town centers, and front doors. The key is to have a vision for the future, a good sense for what this delivery mix will be, and the tech and distribution infrastructure to support it.

My bellwether is Woodbridge Center Mall with now about 140 retail spaces in very densely populated Central NJ. It’s becoming a shadow of itself from a once crowded mall that also attracted Staten Islanders for the sales tax benefit. Five anchor locations: Macy’s, one empty, JC Penney, Sears, and Boscov’s, all three of which are weak anchors. Vacancies: not sure, but not too bad. Foot traffic/parking lot density: definitely way off. There’s never a time anymore that it looks like a viable place. Competition: Menlo Park nearby as has always been, many strip malls as have always been. (Menlo is doing better.) Anecdotal of course, but that mall has always been a very accurate industry signal. So I agree with Placer.ai about things looking less rosy. It could well be that some brands are steady enough presently to stick to expansion plans or, industry expansion and attrition are not being compared on a 1:1 basis. Whatever the reason is, it won’t take much of an economic hit to tumble the financial house of cards many… Read more »
1
|
0
-   Share

Dated formats will continue to slowly die and I do not see much of a solution to stop the upcoming funerals. The continued development of concentrated shopping areas is thriving and will continue to do so because of the multi-channel approach for engagement. If retailers are in the right space they will see the investment in new stores pay off.

Braintrust
"Well-managed centers in the right locations will thrive and pick up market share as digitally native, commercial and traditional brands look to right-size their footprints. "

"Bottom line, the top 100 malls will likely sustain high occupancy. Occupancy everywhere else will decline, in some cases precipitously."

"The reality is the news of the mall’s death has been greatly overblown and shoppers don’t seem to care."