Peloton laughs through a ‘Big’ problem 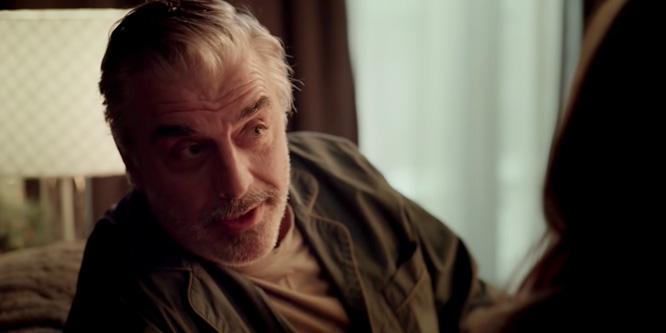 Long time fans of Sex & The City were not the only ones shocked by the premature death of the Mr. Big character, played by Chris Noth, in the first episode of the new sequel series, And Just Like That. The death also rattled Peloton shareholders as the exercise bike’s flagship product played a role in the character’s fatal on-screen heart attack. But the brand moved quickly and creatively to address the issue.

In response to Mr. Big’s on-screen death, Peloton brought on Chris Noth to again reprise his Mr. Big role, this time in an ad spot, CNN Business reported. Noth plays opposite Peloton instructor Jess King, who portrayed Big’s Peloton instructor in the controversial episode. The two discuss taking another ride on a Peloton bike, before celebrity Peloton fan Ryan Reynolds, in voiceover, touts the benefits of cycling and assures fans that Mr. Big is still alive.

While Peloton was aware that their bike and brand would appear in the episode, HBO did not inform them that the piece of equipment would be used as the setup for a character’s death, according to Buzzfeed News.

Peloton, which was founded in 2012, has experienced a few years of rather dramatic ups and downs.

In 2019, the company’s stock saw a massive drop after the brand’s Christmas advertisement became a source of viral outrage, with some critics finding demeaning undertones in the commercial’s plot. During that public relations flap, Ryan Reynolds stepped up to defend the brand. The actor, who owns Aviation Gin, created an Aviation commercial parodying the controversy.

Then in 2020, the brand enjoyed a 172 percent surge in sales as the pandemic incentivized customers to seek at-home fitness solutions, CNN Business reported.

This year, however, Peloton’s brand value dropped again amid concerns about an issue far more grave than a viral PR gaffe.

One death and dozens of injuries were attributed to the Peloton Tread+ bike, according to CNBC. Peloton initially shot down the Consumer Product Safety Commission’s suggestion that it recall the bike, before reconsidering and issuing a recall in May.

[Editor’s note: Later in the day, following publication of this article, The Hollywood Reporter released news that Peloton had pulled the spot in reaction to allegations by two women — Zoe, now 40, and Lily, now 31 — who claim Mr. Noth sexually assaulted them in Los Angeles in 2004 and in New York in 2015, respectively. The actor vehemently denies the claims, stating that, “These stories could’ve been from 30 years ago or 30 days ago — no always means no — that is a line I did not cross. The encounters were consensual.”]

DISCUSSION QUESTIONS: Did Peloton react to the negative portrayal of its product in a television show in the right way? What are the embattled Peloton brand’s biggest problems right now and how can it address them effectively?

Please practice The RetailWire Golden Rule when submitting your comments.
Braintrust
"It got people talking. The short term stock dip is negligible in the grand scheme of things."

"Lighten up, everyone! The episode showed a potential first-world problem, and Peloton swiftly delivered a hilarious first-world ad. Nothing more."

"Peloton reacted quickly and with the perfect mix of humor and a PSA. The Peloton clapback was genius and witty."

16 Comments on "Peloton laughs through a ‘Big’ problem"

The perils of product placements! Product placements are an excellent brand building tool but, as this example makes clear, there are risks. Peloton’s response was awkward and ham-handed. The biggest surprise was that they were surprised. The cautionary tale here is that brands need to understand the context in which their products are being displayed. Despite the PR faux pas mentioned, Peloton still has a powerful business model and opportunity. They need to take a page from Lululemon’s play book and really focus on their passionate users.

READ THE SCRIPT! Horrible mistake by Peloton. Ralston made a similar mistake with their kids cereals (when they were in the business independently) by creating a Gremlins cereal and then finding out the movie was violent and not really for younger kids who were the consumption target for the cereal. On the other hand there is no safe approach as Mars found out when they pooh-poohed the idea of ET eating M&Ms. Instead, the movie helped to make Reese’s Pieces a leading brand.

Peloton effectively took control of the narrative with their quick response – not just with poking fun at the scene itself, but reiterating that regular exercise is usually good, not bad, for the heart.

Also, to SATC fans, the scene was shocking for a lot of reasons – most watching did not actually blame Peloton, nor was that the real takeaway. Instead, we were all asking “why didn’t Carrie call 911?” or “could Big have reached his phone?” 🙂

And last but not least, this is a case of “no press is bad press.” It got people talking. The short term stock dip is negligible in the grand scheme of things.

Talk about making lemonade out of lemons! While this is certainly a lesson in the due diligence of product placement, it’s also a tribute to fast and clever thinking in responding to the unexpected. And the speed of the execution was critical to the relevance of the response. Running the same ad weeks or months later wouldn’t have had much impact.

Peloton’s response was swift and clever, but they never should have found themselves playing defense to begin with.

The company’s bigger and more existential problem: In a post-lockdown world, how does Peloton regain its 2020 sales momentum, or was it an anomaly?

Peloton reacted quickly and with the perfect mix of humor and a PSA. The Peloton clapback was genius and witty. If you watch SATC then you would have gotten a good kick out of the ad and Ryan Reynolds was the perfect man for the job.

And just like that — we shifted gears and asked why Carrie didn’t call 911!

Peloton’s challenges align with what every high-end brand is dealing with today. Copycats and supply chain disruption.

The truth is that even if Peloton’s apparel designers copied Lululemon’s concepts, every single brand in the world would be suing Zara, H&M, Shein and many others that are “inspired” by the best in class.

I’m quite certain that Peloton is going to be just fine.

I thought they did a good job of recovering. But to be honest, I don’t blame the machine in any case. It was a drama, followed by some laughs. No need to be so heavy about it.

The problem is actually bigger than the SATC episode. There are literally thousands of their bikes on Craigslist and eBay now. That says “tried it, don’t like it” in a big way. Still, bet they have a boffo holiday. Most of us are still at home and it doesn’t look like we’re going to be “free to roam” for the foreseeable future.

Interesting observation on the “stickiness” of the product. Just like gym memberships spiking in January and then petering out. Maybe not a formal metric, but it provides some interesting anecdotal perspective on the brand’s growth opportunity. Slow and steady sounds healthier in the long run.

I feel like all this fuss over a Sex and the City episode is seriously overblown. It’s a fictional TV show — with fictional outcomes. However, as a lifelong marketer, I am once again impressed by Ryan Reynolds and team and their ability to respond to a PR crisis with a pitch-perfect and highly effective response. This is another terrific effort, turned around in a matter of a few days. Very, very impressive indeed.

Lighten up, everyone! The episode showed a potential first-world problem, and Peloton swiftly delivered a hilarious first-world ad. Nothing more.

We now pronounce Ryan Reynolds, the “king of digital marketing”! This is brilliant and brings the magic back we have been missing in the marketing world! What could have been a PR and social media disaster for Peloton has turned into publicity and is a perfect scenario for the fitness and lifestyle company.

Well played Peloton Interactive and the Maximum Effort marketing team, it is clear that Peloton’s brand equity is at an all-time high, and they were able to make light of a potentially negative narrative from The Just Like That plot twist.

The “right way” would have been to ignore it and let the moment pass. If you make a product that has been responsible for a death and multiple injuries it is probably a good idea not to react to every dig you get. It’s like in the newspaper business, when you do issue a retraction you never mention the original mistake. In this case no response would have been a better response since the spot just extended what might not otherwise have been a discussion outside media circles. Peloton’s biggest problem is its corporate arrogance and elitism. That’s what’s going to keep it in hot water and limit the size of its potential audience. But that’s also easily changed.

Two words: Well played! Peloton’s reaction was an example of how to turn lemons into lemonade. This is a great case study on how to spin the “conversation” in another direction.

What concerns me is that Peloton wasted the money making a response. Companies who feel they need to dash off at the faintest whiff of what OTHER people tell them are crises are never good long-term bets. The market is always robust and beyond our complete control; the net result for Peloton would have been that the Peloton named stayed in people’s minds from SATC.

Peloton seems to be the go to brand for “responding” to non-issues: a few years ago it was the blather about their “sexist” ads, now this … hopefully all this practice will pay off when an actual crisis happens.

Braintrust
"It got people talking. The short term stock dip is negligible in the grand scheme of things."

"Lighten up, everyone! The episode showed a potential first-world problem, and Peloton swiftly delivered a hilarious first-world ad. Nothing more."

"Peloton reacted quickly and with the perfect mix of humor and a PSA. The Peloton clapback was genius and witty."