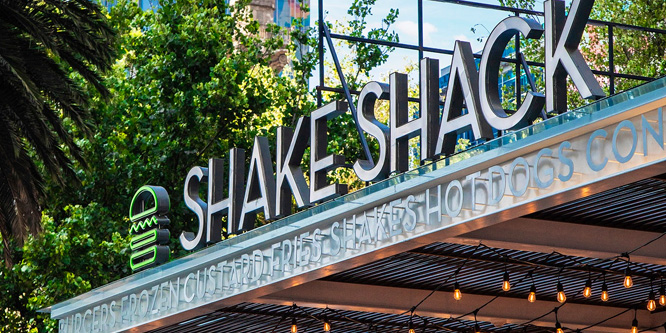 Shake Shack is returning a $10 million loan it received from the U.S. government as part of the Paycheck Protection Program (PPP).

In an open letter, Shake Shack founder Danny Meyer and CEO Randy Garutti say the company was eligible for the loan under rules written by Congress and that the chain faced operating losses of over $1.5 million a week when the decision was made to apply. What they didn’t know was how complicated applying for the loan would be and that, because the funds allocated for Congress would go to larger companies such as their own, Potbelly ($10 million) and Ruth’s Chris Steak House ($20 million), many smaller employers would be left high and dry.

“Late last week, when it was announced that funding for the PPP had been exhausted, businesses across the country were understandably up in arms,” the two wrote. “If this act were written for small businesses, how is it possible that so many independent restaurants whose employees needed just as much help were unable to receive funding? We now know that the first phase of the PPP was underfunded, and many who need it most, haven’t gotten any assistance.”

In an interview on SiriusXM Business Radio’s “Leadership Matters” program yesterday, Mr. Meyer defended the decision by his company to seek the loan and expressed pride in the decision to return it. “We will all be remembered for ‘who were we?’ and ‘what choices did we make?’ at this time,” he said. “And if there’s any silver lining in this besides getting to spend more time with my family, it’s that this is a platform to lead and to make choices, and they’re not always easy.”

The burger chain with 189 locations was able to raise the funds it needs through an equity transaction. Shake Shack’s share price was up 6.74 percent in trading yesterday, closing at $46.43.

Sean Kennedy, executive vice president for public affairs at the National Restaurant Association, defended larger chains receiving PPP funds in a New York Times interview. “This pandemic is a tidal wave that is crashing against every restaurant, no matter how big, small or well-funded it may be,” he said.

Treasury Secretary Steve Mnuchin and Congressional leaders are in talks about legislation that would make more money available for small business.

DISCUSSION QUESTIONS: What do you think of Shake Shack’s decision to return the $10 million loan it received as part of the Paycheck Protection Program? What do you see as the problems with the program to date, if any, and what should Congress do next?

Please practice The RetailWire Golden Rule when submitting your comments.
Braintrust
"Shake Shack is proving to be a good corporate citizen. Hopefully that $10 million will be put to good use elsewhere. "

"A true and honest good deed will always speak for itself. Karma does not like to be manipulated."

"Good for them on two fronts: the empathy side, knowing what it’s like to be a small business earlier in their history, and the PR side."

Shake Shack’s decision is a good one, at least in terms of its image. However, they have been affected by the crisis and so are entitled to participate in the program. The problem is that the funding for the program is woefully insufficient. This was obvious to anyone with any common sense from the start. Unfortunately, common sense is not abundant in Washington DC!

I think it was a good gesture to return the money so it could be used for someone else in need. It looks likes a second round of funding is close to being approved but I still think that may not be enough for the rest of the small businesses that need help in staying afloat.

This is another form of social responsibility. Danny Meyer said it well. They have other sources of funding, so let the restaurants and other small business who truly need money to survive have the opportunity to get it. Kudos to Danny Meyer and Shake Shack!

Shake Shack is proving to be a good corporate citizen. Hopefully that $10 million will be put to good use elsewhere. Lots of small businesses need a bridge to recovery.

Good for them on two fronts: the empathy side, knowing what it’s like to be a small business earlier in their history, and the PR side. The PR being UN-intentional from what I’ve listened to/seen but, nonetheless, the best kind of posi-hype: free. They say that all PR is good PR but, to me, PR like this is way better than any other kind of PR.

How did they believe it was OK to apply to begin with? The fact they were even eligible is beyond comprehension. This money should have gone to mom-and-pop stores and not to big retailers and restaurants. I’m happy they plan to return the money but how many small businesses will go under in the mean time? I read today how proud JPMorgan Chase was that they got their clients more money than anyone else in the industry. Not many small businesses have a relationship with Chase. I hope the next round will allow truly small businesses to participate.

Could not have been said better, Ken. Sadly we seem to be in an age where even “help” and generosity is polluted by greed and manipulation.

I guess it’s not surprising since so many pay so little taxes — wherever there is a loophole it will be exploited.

This all sounds like it came from a movie where, at one point, one of the main characters says, “Greed is good!” Yeah, the folks at JPMC should be so proud. Can’t wait to read how they are bonus-ed on their great performance.

If the government was trying to rescue passengers on a sinking boat, the strategy would be: “Let’s rescue the strongest swimmers first and then once the new shipment of life rafts arrives we’ll get to those who can’t swim.”

As colleagues have noted, in the end Shake Shack did a good thing. What companies who do good things have to be careful about is telling everyone they did a good thing. A true and honest good deed will always speak for itself. Karma does not like to be manipulated.

Very commendable and socially responsible move by Danny Meyer and the Shake Shack organization. There are countless small businesses and self-employed professionals who are desperately in need of financial assistance. The fact is that there simply are not enough funds in the paycheck protection program to go around. Tighter regulations, stricture requirements, and a greater prioritization for those businesses that need the funds have to be put into place.

I am outraged. Over 70 public companies received money (that they may never have to pay back) from legislation for “small companies.” Public companies are not small companies. These more than 70 companies sucked up most of the funds that were needed by small companies that were actually small. Shame on the banks that processed these funds who found it easier (and more profitable) to process huge loans to companies that had significant assets than small companies that they would have to vet. Shame on congress for adding the thoughtless loophole in the legislation to provide this opportunity for large companies. I assure you that this loophole was not written by legislatures but by lobbyists for the industries that it benefited. I will forever admire Danny Meyers for doing the right thing. But most of this will be forgotten. Let’s understand that the leadership of these companies did not do the wrong thing. They were given the opportunity to take advantage of the situation and they made the correct choice for their company. They may… Read more »
3
|
0
-   Share

The decision to return the $10 million shouldn’t have needed to be made as Shake Shack shouldn’t have applied for the money in the first place given their status as a public company that had (and eventually utilized) other means to stay afloat. That being said, I do applaud Mr. Meyer’s ultimate decision to return the money. The positive press they will receive by many customers may end up being worth $10 million in PR alone. Similar to how the stimulus checks came with provisions based on individual earnings, Congress should structure future PPP funding so that it carries certain restrictions to ensure it gets paid to the truly small businesses that define our communities and need this money the most.

Shake Shack should be applauded. First for seeking financial protection from COVID-19 from funding which they clearly did and still do qualify for. Anyone following the disastrous implementation of the PPP understands the confusion and perception of the well running dry, which has happened. Second, kudos to Shake Shack for returning the funds, as well as highlighting the plight of the foodservice industry in general and restaurants, in particular.

This was such a strong and powerful message that all businesses needed to hear. Shake Shack could have very easily “pocketed the money.” But they did not. Strong business principles and moral beliefs overpowered the need for greed.

Hello Ruth’s Chris. I hope you see this and do the right thing.

I’m not going to criticize them for returning it, but if they were able to do so, I have to wonder why they sought it in the first place.

The problem is pretty simple: there’s a lot more demand than there is supply. As for the reason for that demand, we’re in the quandary I mentioned last week: if we have two businesses, identical but for the fact that one was run frugally and kept a lot of cash on hand while the other was run wastefully (or perhaps just returned all the profits to ownership), which one is actually more deserving of support? Not complicated enough for ya? Then add in this: what if part of “frugally” was paying employees less? THEN who’s more deserving?

Braintrust
"Shake Shack is proving to be a good corporate citizen. Hopefully that $10 million will be put to good use elsewhere. "

"A true and honest good deed will always speak for itself. Karma does not like to be manipulated."

"Good for them on two fronts: the empathy side, knowing what it’s like to be a small business earlier in their history, and the PR side."