Should Dollar General sweat its former CEO taking over at Dollar Tree? 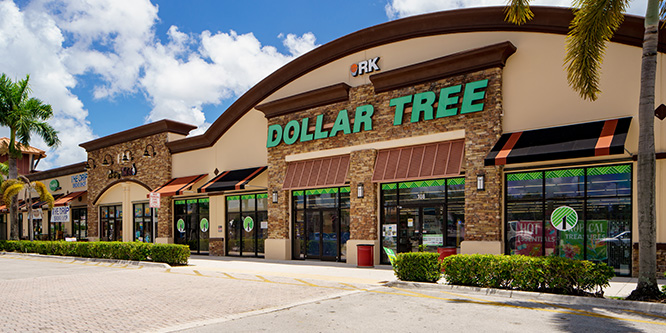 Dollar Tree yesterday said that its executive chairman, Richard Dreiling, has been named CEO of the company. He replaces Mike Witnyski who has led the company since last year after serving in leadership positions with Dollar Tree going back to 2010.

Mr. Dreiling, who will move into the CEO role on January 29, was named executive chairman of the company last March. Notably, Mr. Dreiling in 2021 joined with Mantle Ridge, an activist investor, to push Dollar Tree’s leadership to improve the lagging performance of its Family Dollar chain.

Dollar Tree, in the end, acquired Family Dollar, despite making a lower bid than Dollar General. The analysis at the time was that federal regulators would see the merger of the top two dollar store chains as an antitrust violation. Mr. Dreiling and Dollar General had believed that the regulators would take a broader view of the competitive landscape and understand that the market included Walgreens, Walmart and many others.

Dollar Tree spent much of the last year rebuilding its executive suite, bringing in new people to fill numerous roles.

The company has also focused on making Family Dollar more competitive with Dollar General and other rivals. Mr. Witnyski told analysts on Dollar Tree’s third quarter earnings call in November that the company had made “material price investments at Family Dollar” putting the chain at “price parity with key competitors and widen our spread to grocery and drugstores.”

Family Dollar reported a 4.1 percent gain in same-store sales during the third quarter seen as an early sign by the company that its price emphasis was working.

Mr. Witnyski said that traffic was up at the chain’s stores and sales of consumables “increased 4.7 percent on a comp basis despite the ticket headwinds related to our price actions in Q2. Shoppers are clearly recognizing the greater value and are responding to our enhanced advertising initiatives.”

DISCUSSION QUESTIONS: What impact do you expect Rick Dreiling to have on Dollar Tree and Family Dollar? What will his appointment mean for Dollar General and other competitors to Dollar Tree?

Please practice The RetailWire Golden Rule when submitting your comments.
Braintrust
"Competition is good and Mr. Dreiling will build a strong team at Dollar Tree, but this doesn't translate into Dollar General's demise."

5 Comments on "Should Dollar General sweat its former CEO taking over at Dollar Tree?"

Compared to Dollar General, Dollar Tree has been a bit of a laggard — especially as it struggled to get to grips with the integration of Family Dollar which has been plagued by issues. While the company seems to be resolving some of the problems, and has made some good financial progress by moving to a $1.25 price point at its main fascia, there is a lot of work still to do. I feel Rick Dreiling will push this progress further and faster. Is this a threat to Dollar General? Maybe in the long term, but thanks to its massive expansion plans and its strong management Dollar General is a superior operation and I don’t expect Dollar Tree to best it anytime soon!

There is still plenty of room for healthy competition in the discount sector. Dollar General has gained a significant lead with store count and expansion into alternative formats like Popshelf and DGX so they have no need to fear losing talent to the competition. This is an ideal time for Dollar Tree to bring in a new CEO with solid experience at the intersection of grocery and discount. The consumer has clearly shown their willingness to shop groceries in a discount store, all Dollar Tree has been missing is leadership willing to invest resources into attracting this important grocery consumer to their stores.

Competition is good and Mr. Dreiling will build a strong team at Dollar Tree, but this doesn’t translate into Dollar General’s demise. The discount market is very strong and will get even stronger with inflation worries and market turmoil taking a bite out of high-end and mid-market grocers. Consumers will be looking for great deals and if Mr. Dreiling’s team and Dollar General’s can deliver the right merchandise at attractive price points, both will have stellar years in ’23-24.

Ignorance is bliss: I entered this discussion with no knowledge of Mr. Dreiling and was prepared to do nothing but wish him well; then those fated words “(joined with) activist investor” entered the scene and suddenly I’m wondering if my warm wishes should come with an asterisk. Of course the actual choice of terms was George’s, and I’m sure there’s a positive spin on the story. So I’ll still wish everyone well, even if my fingers are crossed.

Retail in tumultuous times. I don’t pretend to be an analyst, but I do watch their business. I think Rick Dreiling needs to be ready as he steps into a difficult tumultuous market. What is needed is a clear cut plan and people who are very serious about camping there for the long run. Rotational management can spell disaster quickly.

Braintrust
"Competition is good and Mr. Dreiling will build a strong team at Dollar Tree, but this doesn't translate into Dollar General's demise."