Should retail employees have board representation? 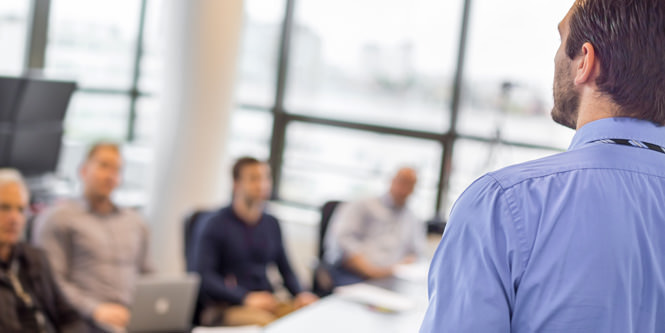 In an unusual move, a 30-year old store manager was appointed the first worker representative on the board of Sports Direct, the U.K.’s largest sporting goods chain.

Alex Balacki will attend all scheduled board meetings over the next 12 months. The 13-year employee will not gain voting rights.

The company conducted an internal review to name three candidates. Mr. Balacki was then nominated in a vote of the retailers’ 23,000 workers. A different employee, from Sports Direct’s warehouse operations or headquarters, will become a board rep next year.

Said Mike Ashley, owner and CEO, “I’d like to be the first to congratulate Alex, who will help us to continue to make a positive difference by ensuring that your voice is heard in the boardroom.”

Mr. Balacki said: “I’m very proud to be chosen by my fellow members of staff to fulfill this important responsibility. I’d like to thank everybody who took part in the elections, including all of the other candidates. It’s now my role to ensure the people of Sports Direct are heard.”

Sports Direct said it would add a worker’s representative last September after facing a series of complaints over working conditions. The issues included zero-hour contracts, in which a worker is on call but may not receive any hours; an investigation over minimum-wage violations; and a harsh penalty system at a warehouse.

The United Kingdom’s prime minister, Theresa May, caused a stir in business circles early last year after calling for companies to put workers on boards. She later backtracked on her push after U.K. executives raised concerns about confidentiality and diluting the board’s primary responsibility of acting in the interests of shareholders. In Germany, however, worker representation on boards is common.

DISCUSSION QUESTIONS: Are you in favor of worker representation on retailer boards? How might such a policy affect a board’s responsibility to the company’s shareholders?

Please practice The RetailWire Golden Rule when submitting your comments.
Braintrust
"The idea makes sense -- especially if you are having employee morale problems or the voices of those on the front lines aren't being heard."

"It would be an even better idea to get every board member out on the floor for a couple of hours instead of just sitting in a board meeting."

15 Comments on "Should retail employees have board representation?"

I disagree with employee representation on the board. They may be stakeholders (as are many types of suppliers) but they are not shareholders as would be represented by board involvement. Healthy organizational structures will roll up perspectives so these can inform recommendations and board decisions, but the tail that is employees should not wag the dog.

The idea makes sense — especially if you are having employee morale problems or the voices of those on the front lines aren’t being heard. A non-voting position is a double-edged sword; you get around the fiduciary responsibility to the shareholders but may limit the impact of any contributions this person may have.

How can it be newsworthy to appoint a board member who knows what it’s like to work at a company?

A board seat to represent the store’s perspective would be valuable. The position could be limited to those issues that affect the physical store. All too often the decisions made by the board are insulated from the day-to-day realities of store life and how those decisions affect the interaction with the shopper. Because the board is told how the store operates and doesn’t see it, there is always a significant gap between the boardroom and reality. Perhaps this person could (should) be the voice of reason and reality.

Having open and honest communications with workers is important, but I’m not sure that including a worker on the board will accomplish this. Ultimately, the board’s responsibility is to its shareholders and some of the decisions it makes may be in conflict with workers — like needing to close stores for example. It will be interesting to see what impact Sports Direct’s decision to include a worker on their board has if it has any at all.

This is not only a great idea, it is crucial for several reasons. All too often decisions are made in the boardroom without real-time information being provided from the heart of the most important client-facing areas of the business which could mean vital data is missed. Furthermore, creating a culture of openness and trust among the ever-increasing Millennial and Generation Z workforce in particular requires this level of inclusiveness and transparency from senior leaders. If confidentiality can be managed, this is an excellent move for retailers especially.

If the board is sincere in its desire to have and understand the workers’ perspective then it will access more than one voice and it doesn’t require an employee on the board without voting power. Worker representation on the board seems like staging for public relations. I can’t imagine board members selected for corporate and other board experience and also often paid to be on the board minding what the “worker” has to say. And can you imagine the employee offering a contrasting point of view and not backing down … without fear of repercussions?

To start with, I disagree with a number of comments that talk about employees not being investors. As I see it they are the biggest investors that you have. They may not be investing money but they are investing something that most of us find to be of even greater value then money. They are investing their time. And the smarter you treat your investors the more likely they are going to be involved with your organization.

It would be an even better idea to get every board member out on the floor for a couple of hours instead of just sitting in a board meeting.

Does the board need to know what’s happening at the staff level of their organization? Absolutely. Are store-level people the best representatives for that perspective? No, not on an enterprise-wide basis. Views and potentially broad-based decisions may be skewed if the board hears only a couple points of view from only a couple stores. Anomalies will become the guideposts for policy. That’s not the way to run the business. And that’s coming from someone who worked in the stores for years.

What the board needs to do is to challenge management to visit multiple stores every week (like some well-known retailers do already), and also solicit feedback from field management regularly.

The board — which reps the shareholders — is not the place for the employee.

Retailers might consider the shareholder BoD and a Workers Board — similar to what’s done in Germany. A Workers Board in North Amarica might best be a program where regions team up with company executives and address the internal issues. The financial BoD focuses on the external issues.

The Workers Board might be a better way to think and act out teamwork focused on the operational issues without messing with the shareholder’s space.

While I’m not convinced a single employee should speak for all on a BoD, it’s essential that boards hear the “voice of the workers.”

Worker representation (on boards) is common in Europe, but as the saying goes, “we do things differently ’round here.” I’m not sure how such a change would be worked out … indeed, since the board is supposed to be representative of owners rather than “stakeholders,” I’m not sure what the legal rationale for it would be.

This is a complicated topic and I am not sure there is a black or white answer. Going off the traditional definition of a Board of Directors, the answer may lean toward no. However, given the importance of these stakeholders in the overall value and relevance of the retail experience, I would argue that employee representation or at the very least one board member that is highly engaged and knowledgeable from an employee perspective could add tremendous value to the overall discussions in the boardroom. Investors and shareholders too often focus on short-term financial results, and if they were to take a more balanced approach to building long-term value in the retail industry, it might be a step in the right direction of healthy growth, which many retailers are struggling to find these days. Borrowing from Luis Aguilar of the SEC, “It has long been recognized that good corporate governance serves to enhance the effective deployment of shareholder capital that ultimately contributes to growth and positive long-term performance. Strong corporate governance processes help companies hire… Read more »
1
|
0
-   Share

Imagine how this really plays out when the CEO and board need to, for example, discuss a strategic plan to close 50 stores. If the goal is raising the visibility of important retail associate issues like working conditions, then putting an associate on the board, as an officer of the company, is counter-productive.

A better approach is to have an existing board member take responsibility for associate conditions, and host a presentation by an associate representative who will speak candidly about the issues.

Braintrust
"The idea makes sense -- especially if you are having employee morale problems or the voices of those on the front lines aren't being heard."

"It would be an even better idea to get every board member out on the floor for a couple of hours instead of just sitting in a board meeting."