Starbucks prepares for a Bitcoin future 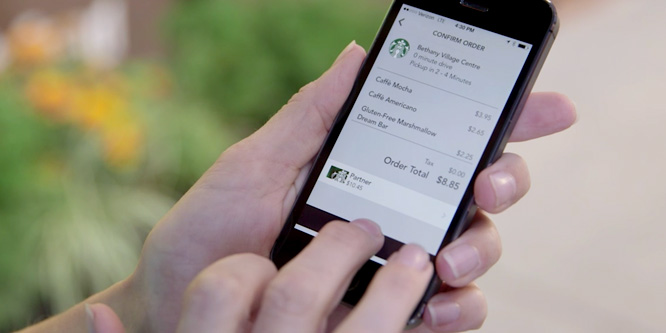 Starbucks is not jumping on the cryptocurrency bandwagon, not just yet. Reports last week that Starbucks is ready to begin accepting Bitcoin and other cryptocurrencies as payment for drink and food orders at its locations were a tad premature.

Instead, Starbucks announced it is working with the Intercontinental Exchange (ICE), Microsoft and others to create Bakkt, a platform with a mission to enable “consumers and institutions to buy, sell, store and spend digital assets on a seamless global network,” in the future.

The Bakkt platform will initially be used for trading and converting Bitcoin into traditional forms of currency that businesses such as Starbucks accept as payment. The network is currently prepping for its launch, with further details expected in the weeks to come.

“Bakkt is designed to serve as a scalable on-ramp for institutional, merchant and consumer participation in digital assets by promoting greater efficiency, security and utility,” said Kelly Loeffler, CEO of Bakkt, in a statement.

“Starbucks will play a pivotal role in developing practical, trusted and regulated applications for consumers to convert their digital assets into U.S. dollars for use at Starbucks,” said Maria Smith, vice president, partnerships and payments for Starbucks. “As a leader in mobile pay to our more than 15 million Starbucks Rewards members, Starbucks is committed to innovation for expanding payment options for our customers.”

The creation of Bakkt offers the promise of cryptocurrencies such as Bitcoin going mainstream. Retailers, for the most part, have been slow to jump on the cryptocurrency bandwagon. Overstock.com, which has been accepting cryptocurrency as payment going back to 2014, has been the most notable exception in this area.

CNBC reports that adoption of cryptocurrency has been slow, in part, because of the volatility in prices. Bitcoin has dropped in value by half this year and changes in the hundreds of dollars in a single day are not unusual.

“Starbucks is seeing some kind of demand for acceptance of crypto and Bitcoin, and to tie up with a huge regulated institution like the ICE is really positive for the space,” Brian Kelly, CEO of BKCM, told CNBC.

DISCUSSION QUESTIONS: Do you see Bitcoin and other cryptocurrencies becoming widely used in the consumer marketplace over the next decade? How likely are other retailers to follow Starbucks’ lead?

Please practice The RetailWire Golden Rule when submitting your comments.
Braintrust
"Shoppers want options and retailers that lead the way will reap the benefits."

"Starbucks has a long illustrious history of leading, not following and innovating, not imitating."

"Right now, Bitcoin is simply too volatile to be pegged to any consistent nondigital value."

12 Comments on "Starbucks prepares for a Bitcoin future"

Without getting into the specifics of any individual digital currency, Starbucks should be commended for continuing to trial payment technology after they are already the leader in mobile payments. Digital currency is no doubt the future, and Starbucks intends on attracting those consumers who use it to their physical outlets from stage zero.

If any major retail or service corporation is going to make the leap to adopting Bitcoin and other cryptocurrencies, it’s going to be Starbucks. The company has done an outstanding job of seamlessly integrating multiple payment options with their loyalty and ordering app.

While we should expect most other retailers to take a very cautious crawl-walk-run approach to accepting Bitcoin, certainly Starbucks could kick things off. It will be interesting to see where things go from here.

Beyond Starbucks, payment technology is a frontier that many leading retailers should be exploring. Given its history in testing and learning, I would expect to see Walmart getting involved here too. Shoppers want options and retailers that lead the way will reap the benefits.

We are just preparing our quarterly newsletter in which this is a topic. We forecast the use of blockchain in retail for business transactions in the next five to seven years, but acceptance of cryptocurrency will come just after that. With all the digital payment systems available today not involving cash, there is no immediate need for consumers to make payments using cryptocurrencies.

Given that this platform converts Bitcoin into dollars that can be spent at Starbucks, I am not sure that it is really so much of a breakthrough. And given the volatility of Bitcoin, I am not sure many people will want the hassle of converting currency just to buy an iced americano and a slice of banana bread.

I’m not certain that it really makes sense for many brands besides Starbucks to be involved in the cryptocurrency pioneering conversation. While the long-term potential is very real for some form of crypto to become ingrained in Americans’ every day spend, until the sector becomes more regulated and clear of valuation manipulation, the liability remains far too high for retailers to take on.

Starbucks has a long illustrious history of leading, not following and innovating, not imitating. Bakkt will be launched without many of the bumps on the Bitcoin highway. Ultimately, whichever direction Starbucks goes will become the “next generation” of Bitcoin for others to follow.

Starbucks is to be commended for continued experimentation in the payment space. If the use of alternate currencies becomes a significant portion of Starbucks’ revenue, other retailers will follow. However, if they wait for proof of concept from Starbucks before experimenting they will be far behind.

According to a finder.com recent study, fewer than 8 percent of Americans have invested in cryptocurrency. Of those who haven’t, very few plan to in the future. The number one reason for not investing was Americans felt there was no need. This move by Starbucks will be serving a minuscule amount of customers who want this as an option however it will put them on the front foot if adoption does spike down the track, and it positions them as an innovator now.

I’m usually pretty progressive but I feel like there is a black swan in here, though. I’m not sure where — but unregulated currency scares me.

The only way that Bitcoin can be used in the consumer marketplace is if the value remains relatively stable over time. Starbucks is doing the sensible thing, working to convert that coin into dollars and then permitting consumers to use those dollars to conduct transactions. Right now, Bitcoin is simply too volatile to be pegged to any consistent nondigital value.

I would imagine that other retailers will follow Starbucks, as they have with the Starbucks mobile app before.

Starbucks just raised its level of “cool.” This is very forward thinking, and at the same time, it’s where we are headed and the people running Starbucks knows this. It’s just a matter of time before many other retailers (and even B2B) start accepting alternative forms of currency. Eventually, everyone will accept it. There are many issues that need to be worked out. Looking forward to seeing where we are with this in a year.

Braintrust
"Shoppers want options and retailers that lead the way will reap the benefits."

"Starbucks has a long illustrious history of leading, not following and innovating, not imitating."

"Right now, Bitcoin is simply too volatile to be pegged to any consistent nondigital value."