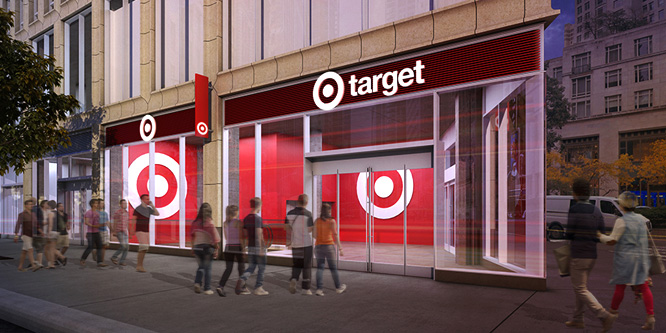 Trying to grab a snack at the grocery store and getting stuck behind someone with a cart at checkout is a frustrating experience that even express lanes rarely alleviate. Now, Target is experimenting with a new section at the front of the store to speed up shopping for grab-and-go snackers.

Target will pilot its new “Snack Bar” section in a few locations nationwide, and one is already in operation at a store in Northeast Minneapolis, according to the Minneapolis/St. Paul Business Journal. The location features Pizza Hut products, self-serve Icees, popcorn, beef jerky and the like. Customers pay at a self-service kiosk, circumventing the grocery line. The Snack Bar sections are distinct from the Starbucks locations found in some Targets and may replace restaurants like Freshii, which briefly occupied the front of some stores.

Target’s Snack Bar may make for a quicker trip, but that may not always be a positive given the potential loss of other purchases that come with reduced dwell time. The move demonstrates an ongoing willingness by the chain to test different ideas. Just a few years ago, Target was focusing on driving healthier impulse buys at the checkout by replacing candy with better-for-you snack options.

The retailer has been experimenting with multiple store concepts to meet disparate shopper needs for the past few years. The chain has experienced a great deal of success with its small, localized concept stores. It also announced the rollout of a “re-imagined” concept for its larger stores in 2017, which feature two different entrances leading to sections of the stores intended for different customer moods. One side features merchandise and a layout geared towards customers planning to shop longer. The other is aimed at customers who want to get in and out of the store quickly.

A separate article in the Minneapolis/St. Paul Business Journal from late 2018 stated that Target plans to redesign a total of 1,000 stores by the end of 2020, a goal that it’s more than one-third of the way toward reaching. Target will draw from the piloted stores to determine which new features to incorporate into a given redesigned location.

DISCUSSION QUESTIONS: Do you see more pros or cons to Target’s grab-and-go Snack Bar design? What’s your impression of the way Target is experimenting with store formats and designs?

Please practice The RetailWire Golden Rule when submitting your comments.
Braintrust
"Target is a savvy retailer and their continued test and refine approach to store merchandise and formats is one of their principles that makes them successful."

"Good for them for thinking about new ideas but, gee, Target is about the last place I’d think of to go for a quick snack."

"Reduced dwell time is a risky option for a retailer that spends so much time and effort on competing in grocery."

Target’s CEO Brian Cornell laid out a vision for making Target “America’s easiest store to shop” and this grab-and-go initiative is on-point. Traditional approaches of making customers wind through long lines or increase dwell times in order to capture another add-on sale are antiquated. Some shoppers simply want to get in and get out, and this new initiative delivers on this. I think Target’s aspiration of reducing shopper friction is on the right track.

Agree! The prism through which all this makes sense and should be assessed against is the vision “America’s easiest store to shop.” It doesn’t compete with online websites but it makes it clear that if you go to a store, it will be the easiest one to shop and that includes short (or no) checkout lines.

In theory, the concept makes sense to make it convenient for a shopper that just wants to grab a soda or a snack quickly, without waiting in a traditional checkout line. However, I am not sure a lot of consumers choose to shop at Target for these convenience items. Most of the snack items are impulse buys while they are shopping for the staple items on their Target shopping list.

It will be interesting to see how the test works. Target is a savvy retailer and their continued test and refine approach to store merchandise and formats is one of their principles that makes them successful.

It’s great that Target is experimenting with new formats. Overall, in a dynamically changing retail environment, it’s a prudent approach to staying relevant. Snack Bar: some pros, some cons, overall I don’t see much impact if they decide to roll it out.

Good for them for thinking about new ideas but, gee, Target is about the last place I’d think of to go for a quick snack. I wonder who’s going to use this other than people already shopping in Target (and how will the folk at my Target’s Starbucks feel about that)?

Just what I was thinking. Why would I navigate a huge parking lot and the long walk into the store for a snack? Just my 2 cents.

Reduced dwell time is a risky option for a retailer that spends so much time and effort on competing in grocery. I don’t see the shopper getting excited about the process of getting parked and into a Target store to buy a few snacks and leave. If Target wants to offer a fast checkout, it can easily staff a six items or less lane at all times.

Another interesting experiment as Target seeks to define itself going forward. However, I do not see this as a game changer. It’s not really unique and may not fit the eating occasion and the current target market for Target.

Is that the way Target sees itself?

In any other conversation, we’d be calling this a convenience store concept. Interesting move by Target to see if their shoppers would consider Target stores an option versus a traditional convenience store when looking for that grab-and-go purchase. I think this will be very location-dependent as to whether or not it’s a fit for any given Target store. This continues to show us that Target is more than willing to experiment in store format and function to find the right fit that meets its customers’ needs.

It sounds good, but much will come down to execution. To be honest, I am disappointed that Target notes Pizza Hut products as part of the mix. I think it can, and should, do better and partner with someone more innovative and interesting.

I also think Target needs to up its game in grab-and-go food products. In smaller urban stores the offer is not up to scratch and has the potential to be a great deal better. Shoving in a few protein boxes with apples, nuts, and bits of cheese is not really all that innovative!

Hopefully, this is the start of Target upping its game in the food on the move/quick snack market!

Target has already trained shoppers to buy fun impulse ($1) items positioned at the front of the store. I see them offering snacks as a natural extension.

Every (full line) Target I’ve ever been in has had a snack bar/café of some kind, as well as self-check, so I’m confused as to the idea that this is something new. Perhaps I’m just lucky to live in an area where the stores are all top-line.

Braintrust
"Target is a savvy retailer and their continued test and refine approach to store merchandise and formats is one of their principles that makes them successful."

"Good for them for thinking about new ideas but, gee, Target is about the last place I’d think of to go for a quick snack."

"Reduced dwell time is a risky option for a retailer that spends so much time and effort on competing in grocery." 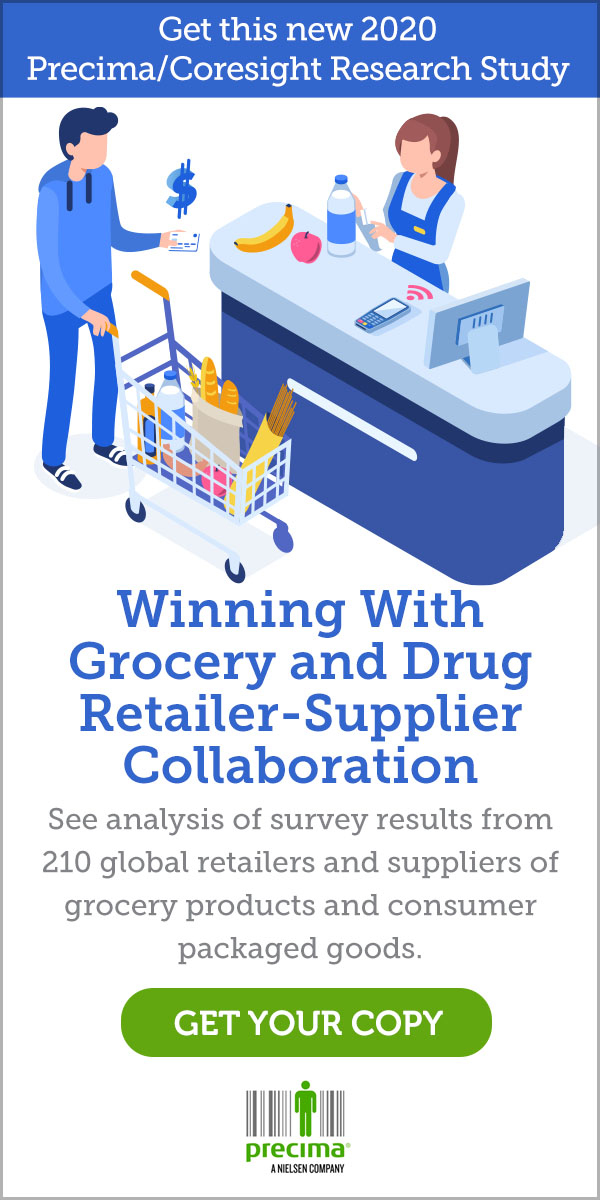