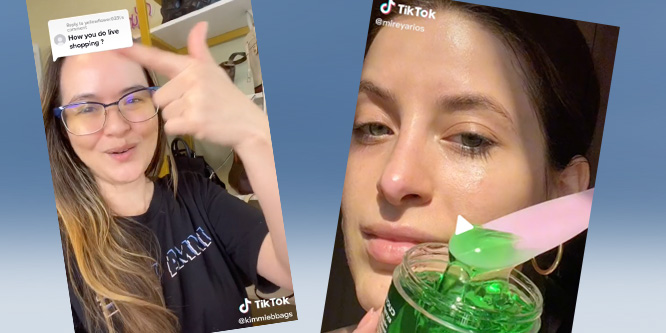 TikTok might be the most downloaded social app both in the U.S. and globally, but American consumers will not be using it to shop anytime soon.

TikTok is abandoning its plans to expand livestream shopping capabilities into U.S. and European markets after the Chinese-owned company’s attempt at offering it in the UK resulted in a catastrophic flop, according to a Financial Times article quoted in 9 to 5 Mac.

Lack of consumer enthusiasm for, and awareness of, the TikTok Shop service was one big problem, with most livestreams performing poorly despite subsidies and cash incentives to get influencers and brands selling through the service.

Operational and labor issues surrounding the UK office also played a significant role. Around half of the staff who began working at TikTok Shop at its launch quit by mid-June. The London e-commerce team alleged a “toxic” culture based on fear, which demanded and celebrated the working of 12-hour shifts, and where upper management expressed a lack of belief in labor rights legally assured in the U.K., like maternity leave.

Livestream platforms emerged as a popular shopping medium in China in 2016 with the launch of Alibaba’s Taobao Live and caught on throughout Asia.

Adoption of livestream shopping lagged in the U.S. for some time, but social distancing restrictions imposed nationwide at the beginning of the pandemic led to broader trial of the technology. In the last few years, major tech players like Amazon and Facebook-owned Instagram have launched livestream shopping platforms.

Individual retailers, too, have gotten in on the act, such as luxury retailer Nordstrom which launched its own Livestream Shopping channel in 2021, CNBC reported.

And grocer Albertsons has even been trying to find a place for the technology in the produce aisle. The chain made shoppable short-form videos available on its websites late last year, with the promise of implementing livestream shopping to host events at some point in the future.

A BeautyMatter article from earlier this year, however, argues that the lack of full integration of livestream shopping into online social life still prevents U.S. consumers from adopting the technology at the rate seen in China.

DISCUSSION QUESTIONS: What will TikTok’s change in plans mean for the future of livestreaming in the U.S.? Do you see other platforms having a better shot at a successful livestream shopping business?

Please practice The RetailWire Golden Rule when submitting your comments.
Braintrust
"Shopping from screens, big and small, is here to stay. Livestreaming will find its niche."

13 Comments on "Time’s up for TikTok’s U.S. livestream shopping plans"

I am not surprised that TikTok’s livestream shopping tools didn’t connect with users of the platform. There are probably lots of reasons why their shopping tools didn’t connect with their users, but I hope people don’t conflate the value of livestream shopping tools with the value of livestreaming — particularly associate livestreaming. I think influencer livestreams have already passed their peak, but I believe there is real value in associate livestreams. Real people who interact with the merchandise and real shoppers every day have hands-on and – more importantly – authentic opinions to share. We have seen retailers large and small dabble in associate livestreams from inside their stores and, while the early results have been predictably mixed, the authenticity and localized nature of the dialog makes me believe the medium has great potential. Think global, stream local!

YouTube has been focusing on its livestreaming strategy, and the platform saw great success with it over the holidays. I still think TikTok is an appropriate channel for livestreaming, but it has to be done right. Clearly the execution was flawed this time around. Livestreaming is like every other digital shopping initiative, it takes time for U.S. consumers to warm up, but they eventually will.

Livestream shopping is one of those pandemic trends that was overhyped. Sure it has grown and become more significant, but it simply hasn’t taken off in the way it has in China. However none of this means to say that TikTok isn’t an important channel for retail. In terms of setting trends, influencing consumption, promoting products and so forth, TikTok is playing a very important role – especially with younger shoppers.

Yes, I was fascinated when this was launched because it really did feel like a Chinese company not understanding a lot of cultural barriers to U.S./UK adoption of livestream shopping. It just has not had the same success here as in China. Some of it is the integration required to make it easy to buy, but I think a lot of it is also just how much more mobile-first Chinese consumers are, and also how much bigger super-apps are compared to equivalent “super-apps” in Western countries. Facebook probably comes the closest and it’s not anywhere near having the breadth or impact of WeChat or AliPay. For Western retailers to adopt it in their home countries, they have to figure out whether or how to spread across four or five apps (like TikTok, FB/Instagram, Pinterest, Snap, etc.) to get the same reach of one Chinese retailer investing in WeChat, for example. It’s just too hard to make it successful for retailers and brands, and consumers just are not as into it as they are in China.

When expanding globally, a company cannot cut and paste its successful business into another environment.

This sounds like the failure was way more about the toxic and dysfunctional work environment than it was a pushback or rejection of livestreaming itself. Livestreaming is going to work — as an important bridge between e-commerce and physical retail. Between service and information hungry customers and the companies smart and agile enough to serve it up in an appropriate manner. Shopping from screens, big and small, is here to stay. Livestreaming will find its niche.

Don’t count TikTok out. They start with the most critical asset in this medium. Their platform draws more people than any other. It is just a matter of time until they work their bugs out.

I smiled reading about the problems they had in the UK. In China, 12-hour shifts are celebrated. And management expressed a lack of belief in labor rights legally assured in Europe. That lack of local knowledge exists with most American companies we have consulted about entering — or who have entered — Europe.

Be assured that TikTok understands the value of livestream shopping and will slowly and carefully make the adjustments needed.

TikTok’s change of plans for livestreaming in the U.S. is a significant blow to an emerging global commerce and engagement trend. Though the timing may not be suitable for a successful rollout in the U.S. anyway, as most consumers are not engaging with the viral app to shop.

To truly scale up TikTok’s livestreaming capabilities, it will take a significant investment in resources, product ambassadors, and capabilities to make this a viable selling channel for brands and retailers. Authenticity and storytelling are crucial to any livestreaming success in the West. A successful livestreaming model requires a team aligned with the emerging trends and cultural awareness to drive the stories that will resonate with Gen Z.

Execution is everything for TikTok, and if they are not all-in on their livestreaming investments at this stage, then this was the right move.

I could be wrong here (seriously, feel free to correct me) but I always felt like the success in China was due more to the monopolistic nature of Tmall, where consumers can buy from a wide range of brands during livestreaming events. Whereas in the U.S. and Europe, the market is much more complex so there’s not as much incentive for consumers to participate in an event for just one or a few brands.

There are multiple factors impacting the success of livestreaming in the US. TikTok’s failure in the UK appears to be more about the execution rather than the medium. That said, I am not sure influencer-based livestreaming is what US consumers want. Sure, very big-name influencers will draw attention, but how many of those are there and how many brands can leverage them at a time? Once you move down into micro-influencer territory the value to the consumer becomes more questionable if not quite authentic enough.

The best bet for long term success is for retailers to leverage their store associates as authentic and knowledgeable users of products for sale. Small retailers used this technique effectively during the height of the pandemic and there is still potential for this to mature and be successful for retailers of all sizes. It will depend on product categories and target customer demographics, but the audience is out there, and I suspect we will eventually see store associates adding “livestreamer” to their resumes when applying to new frontline retail jobs!

The issue I see is when people are looking for short form entertainment like TikTok, they aren’t necessarily in the mood to be sold to with sponsored items that isn’t tied to the core attribute of the entertainer. Also TikTok is more about content than the content creator, people can follow the content creator but the emphasis is on he newest latest viral video. It isn’t a good fit for the platform.

There are so many pieces within livestream shopping that must align. Aside from an ever-evolving need for content, the US adoption of livestream shopping is much slower than elsewhere. But I have had multiple conversations with brands finding success with live shopping within TikTok and FB. Perhaps aligning resources to facilitate the effort was much grander than anticipated, or the toxic culture. At the end of the day understanding the US market really only comes from a boots-on-the-ground historical effort. Live shopping will continue to grow as a revenue channel and a method for brands to differentiate their CX experience.

Braintrust
"Shopping from screens, big and small, is here to stay. Livestreaming will find its niche."