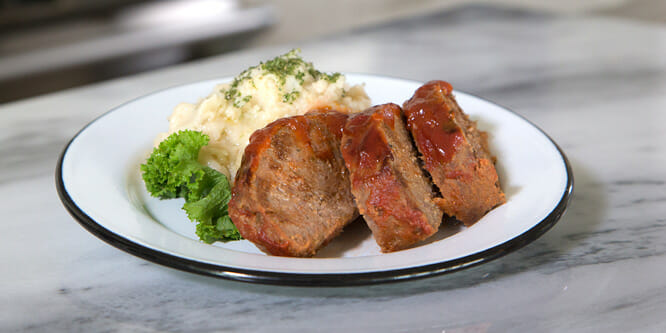 Walmart is playing catch up. The retailer announced yesterday that it was following a long line of other grocers in offering a line of prepared meals to customers while joining a smaller group developing its own meal kits.

The new offerings are currently available in more than 250 stores with plans to roll them out to more than 2,000 Walmart locations by the end of the year. The prepared foods line (One Step Meals) as well as the pre-portioned meal kits will be available for purchase in stores and also through Walmart’s Online Grocery Pickup service.

“Customers are busier than ever and we know getting a delicious dinner on the table can be a chore. We’re here to help,” said Tyler Lehr, senior vice president and general merchandise manager, Deli Services, Walmart U.S., in a statement. “These delicious meals give the best or worst of cooks a fresh, easy option for dinner tonight, or later this week.”

Walmart developed the new items in its Culinary and Innovation Center.

The One Step Meals line at present offers 10 items, including chicken enchiladas and pot roast. Customers will have a choice of four meal kits: Steak Dijon, Basil Garlic Chicken, Sweet Chili Chicken Stir Fry and Pork Florentine. The individual kits serve two people and range in price from $8 to $15.

The retailer’s creation of its own meal kits follows the launch of third-party offerings from Home Chef and Takeout Kit on Walmart.com last year. At the time, 59 percent of those surveyed in a RetailWire poll expected Walmart to develop its own meal kits.

A Pentallect report issued last year put the size of the meal kit market at $2.2 billion, with annual sales projected to grow between 25 percent and 30 percent over the next five years.

While only a small percentage of American households have tried meal kit offerings, the market’s potential has led a variety of companies to create their own or buy stakes in others. Amazon.com, Campbell Soup, Kroger, Nestlé USA, Publix and Unilever are just some of the large retailers and consumer packaged goods companies looking to profit from meal kits.

DISCUSSION QUESTIONS: What do you see as the keys to retailer success in prepared meals and meal kits? Do you like the approach Walmart is taking?

Please practice The RetailWire Golden Rule when submitting your comments.
Braintrust
"We already have plenty of additive-laced almost-ready meal options and deli selection, so let meal kits actually be a new level of consumer value."

"I’m worried about the ratio of price to nutrition. The meal kit price of “up to $15 for two” seems reasonable; doubling that for a family of four..."

"Well, “meal kit” is easier to spell than “meal solution” (another once-promising concept now on the ash-heap of history)."

The meal kit market is large and growing, but it’s also overrun with competitors of all size and description. Walmart is coming to the party a little late, but it doesn’t matter. With Walmart’s strength in product development, logistics, buying power and a huge base of loyal customers, I suspect that they will do well with this is offering.

There is no doubt that the meal kit industry is growing. Walmart is smart to continue their expansion. Meal kits provide a convenience for the busy person as well as those who are not fond of cooking. I see the industry growing particularly when retailers can give the customer more meal kit choices. We could reach the point someday where customers will be able to design their own meal kits picking what they want for the entree with different side dishes rather than just what the retailer is offering. The choice is critical here and the more we can give customers those opportunities the more successful meal kits will be.

LOVE the idea of a customized meal kit. This will allow them to compete with restaurants and can potentially be a competitor to the Grubhub and UberEats of the world that provide convenient food delivery from almost any restaurant. Ready to go meal-kits, customized to my family’s liking, partnered with groceries and other staples, delivered within 2 hours (or collected on my ride home)? Sign me up!

Their success will be easier due to their scale for sure. However, in my opinion their success will come down how their customers perceive the value (i.e. the pricing) of the meals. With their demographic, I think it would be difficult for a family of four to spend $16 to $30 for a prepared meal (their pricing above was for a two-person meal). For this to scale significantly, I would say they need to be in the $10 to $15 range to feed a family of four.

Meal kit success will be built not so much on convenience and balanced nutrition, but on healthy ingredients. We already have plenty of additive-laced almost-ready meal options and deli selection, so let meal kits actually be a new level of consumer value.

If you’ve been to a grocery store in the past few months or consumed almost any type of media you’ve probably seen some marketing for meal kits. Meal kits are becoming quite ubiquitous; first with e-commerce players and now at many physical grocery chains and — notably here — Walmart. Keys for retailers are hitting the right mix of price, nutrition, taste and variety to get shoppers in and keep them engaged.

I’m worried about the ratio of price to nutrition. The meal kit price of “up to $15 for two” seems reasonable but doubling that for a family of four seems out of everyday range given the low cost of fast food and pizza alternatives. I hope Walmart can deliver value and still be focused on providing fresh and healthy choices for families.

Meal kits need to offer convenience (shopping and preparation), value, taste and nutrition. Walmart’s foray into this business gives America’s blue-collar consumers permission to participate in what was considered an upper market-focused meal solution. However, I believe the One Step Meals hold more promise than pre-chopped and measured ingredients in a meal kit form.

Good point about the target consumer, Dr. George — I was just going to ask if anyone has insight or could link to an article about the demographics of that “small percentage of Americans” who try/use meal kits? My first assumption would be urban and high-income smaller households, but perhaps not?

The key is to stay with the Walmart core value; low price, high quality. If the quality is not there the product will fail. Too many other options.

Better late than never! I suspect Walmart strategically planned this roll out as they wanted to learn from early entrants and avoid spending money on another costly acquisition.

Meal kits are in a unique spot as they compete with recipe/meal companies that are offering less waste and more bang for the consumer’s buck. I see a schism approaching where consumers are going to take sides which is unfortunate for the grocers and their operating costs.

Well, “meal kit” is easier to spell than “meal solution” (another once-promising concept now on the ash-heap of history). At least Walmart’s announced concept doesn’t require an onerous subscription like most of the meal kit delivery operations out there.

The pricing seems thoughtful to me — about on par with fast food. Yes, $30 for a family of four is not cheap, but if the ingredients are good quality and additive-free, the menu can be much healthier.

Thinking through the shopper experience, I imagine a parent placing a dinner order using a smart-phone app and collecting the complete ingredients and instructions at the pick-up lane on the way home from a busy job. The ability to change up main courses and side dishes would be a nice attribute.

True, the preparation takes a little time, but for many folks the hardest part of getting dinner together each evening is deciding what to make based on ingredients on hand.

Best thing about this: Food cooked at home is still hot when you serve it.

The choices they started with seem odd given Walmart’s demographics, or more precisely what I imagine their demographics to be. But overall, I don’t think anybody really knows if this is a fad or something here to stay (in general) and if this is something to be tweaked, expanded, or just abandoned (for WM in particular) … but it’s a low risk experiment.

It bothers me that prepared meals and meal kits don’t truly educate consumers on how to easily prepare meals that fit their personal budget and are nutritious at the same time. The major benefit that inspires purchase seems to be convenience, albeit convenience that is justified by some semblance of “healthier” and “not outrageously expensive.”

At some point there may be an opportunity for grocers to provide personal shoppers (in the flesh humans, not online chat people) to help customers plan and purchase for a particular interval, say three days or one week. But in this case the parameters are time efficient preparation, always inclusive of a majority of nutritious choices and economical when compared to meal kits and prepared meals. “Dream on” you say? OK.

Braintrust
"We already have plenty of additive-laced almost-ready meal options and deli selection, so let meal kits actually be a new level of consumer value."

"I’m worried about the ratio of price to nutrition. The meal kit price of “up to $15 for two” seems reasonable; doubling that for a family of four..."

"Well, “meal kit” is easier to spell than “meal solution” (another once-promising concept now on the ash-heap of history)."