What happens now that Amazon is acquiring Whole Foods? 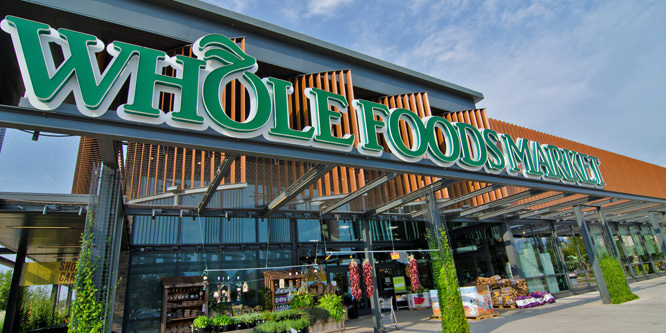 It seems like just yesterday — actually, it was just yesterday — that reports were published saying John Mackey had called the people behind Jana Partners, a hedge fund with a nine percent stake in Whole Foods, “greedy bastards” intent on ruining his reputation and forcing a sale of the company he co-founded to make a quick profit. As it turns out, it appears Mr. Mackey and the “bastards” have both won after it was announced this morning that Amazon.com was acquiring Whole Foods in a deal valued at $13.7 billion.

Whole Foods will continue to operate its business under its own banner and Mr. Mackey will remain as CEO of the company. Whole Foods’ headquarters will remain in Austin, TX.

“Millions of people love Whole Foods Market because they offer the best natural and organic foods, and they make it fun to eat healthy,” said Jeff Bezos, Amazon founder and CEO, in a statement announcing the deal. “Whole Foods Market has been satisfying, delighting and nourishing customers for nearly four decades — they’re doing an amazing job and we want that to continue.”

“This partnership presents an opportunity to maximize value for Whole Foods Market’s shareholders, while at the same time extending our mission and bringing the highest quality, experience, convenience and innovation to our customers,” said Mr. Mackey

While details of how the deal developed are not yet public, it has previously been reported that Amazon had internal discussions last year about a possible bid for Whole Foods. While reports indicated Amazon decided to pass, ultimately it came back to the idea as evidenced by today’s announcement.

DISCUSSION QUESTIONS: What do you think is likely to happen to Whole Foods once Amazon’s acquisition is approved? What will ownership of a major retail chain mean for Amazon’s future plans to move into physical retail?

56 Comments on "What happens now that Amazon is acquiring Whole Foods?"

Once again Bezos demonstrates his penchant for big, bold moves and acquiring Whole Foods is certainly that. I think this is an excellent strategic move for Amazon. Clearly Amazon has been making moves in grocery with the launch of Amazon Go and Fresh, but these are mere dabbles compared to the acquisition of Whole Foods — this is a whole new ballgame. With 430+ Whole Foods stores, Amazon is now firmly in the brick-and-mortar retail business. Welcome to the party Mr. Bezos.

You nailed it, Mark. In light of Walmart’s recent shareholder meeting and its clear intention to aggressively pursue ecommerce, this is no surprise. These two are going head to head after each other. It’s going to be an interesting few years as we see who wins the battle: the legacy physical retail or the ecommerce giant.

Agree with you on this Mark. A few weeks ago we commented on “what if” Amazon were to acquire Macy’s. Well now we have a real-world situation. Amazon is not the “everything store” that has come out of the clouds, and touched down with a major retail chain presence. Big message to all retailers now is, “get your omni-channel strategy in gear.” Fail at this one and it could be “game over” for many more retailers.

Omnichannel is going to get better. Healthy eating lifestyle changes will be easier for that segment. What’s next? Pharmacy (Walgreens/CVS down as well). Last-mile options and a presence in demographics that resonate. Wow. Quick thoughts.

I didn’t need any coffee this morning to wake up once I saw the AMZN-WFM headline.

My first thoughts were for Jeff Bezos:

Nice Jamie, oh and could you consider the following:

Alexa: “A drone will be delivering a replacement in 5 minutes, United Health has been notified. Would you like to speak to your primary care doctor?”

Jane: “No, but can you make sure my lunch is delivered with hot sauce?!”

It’s an exciting time to imagine. My other question is: I wonder what the folks in the center aisle think about this?

I have to pass along a tweet I just saw:

Amazon’s acquisition of Whole Foods marks the beginning of yet another retail category under siege, similar to books, music, electronics, and toys that went before. I can only imagine Amazon plans to leverage the 400+ stores as mini-distribution centers from which customers gain access to fresh items via delivery, something that has been difficult to fit into the Amazon shipping model. This is a logical expansion of AmazonFresh, which charges customers an additional membership fee above Prime. I expect other grocery chains will need to step up their e-commerce plans, implementing drive-thrus and home delivery programs in order to compete. Whole Foods was the right target for several reasons. They have a reputation of being non-traditional and cutting their own path. Amazon’s plans to upend this industry will be well served by a culture that zigs when others zag, not unlike Zappos, another Amazon acquisition that appears to have gone well. Whole Foods’ size and market presence is large but not too large. That’s the right level of saturation if the stores are also to… Read more »
10
|
0
-   Share

Irrespective of any superlatives we may use today about the Amazon-Whole Foods deal, it is difficult to overstate the deal’s long-term impact on the retail and consumer goods industries and their supply chains. It’s always darkest before a new dawn. The turmoil in retail today is a precursor to a brilliant renaissance where the leaders will meld new DNA, agile learning organization and robust technology all wrapped around a customer-centric strategic model that moves retailing from moving and selling widgets to giving consumers exactly what they need, when they need it so they consume it the way they wish and do it with ease and convenience — turning purchases into automated impulse buys triggered by subconscious needs. At the risk of understating the impact, here are several points to consider: Customer experience gets a major boost. This acquisition shatters the artificial division between physical and digital. Consumers weave in and out of these realms without giving them any thought – it’s a singular customer experience, end-to-end. Competition over customer experience will happen at that level.… Read more »
23
|
0
-   Share

“The turmoil in retail today is a precursor to a brilliant renaissance where the leaders will meld new DNA, agile learning organization and robust technology all wrapped around a customer-centric strategic model that moves retailing from moving and selling widgets to giving consumers exactly what they need”

Their market share will GROW. This should never have been seen as a battle between online and traditional retail. It is JUST retail.

Suddenly Whole Foods has opened its doors to greater convenience and broader appeal. Whole Foods now has a location on every desktop and tablet.

Why would Amazon want to acquire a chain that is underperforming and facing ever greater competition in a business segment with razor-thin margins and a management team that is under fire for being unable to generate greater profits? I know Bezos and company want to move into brick-and-mortar but I wonder if this acquisition is the best way to do that.

Two things: Instacart is hosed — so that $2 billion company is having a bad Friday. Second, I can’t imagine this makes financial sense on a unit economics basis but as far as making Amazon a daily habit, it is an excellent move.

Can we stop talking about e-commerce eating the world now? If anything, this move validates that for many categories of retail, the in-store experience still matters. This move gives Amazon an incredible set of assets on top of which they can build true omnichannel experiences, and I look forward to seeing the innovation.

Amazon wants to be a significant player in the grocery space. They also want to dominate rapid delivery of e-commerce orders for food and other products. They want to apply their technology and customer knowledge to physical store supply chains and streamline the process.

In my opinion this is brilliant. Whole Foods will become a better operator with Amazon’s technology backbone. Amazon will get a stronghold in physical stores to build their mini-fulfillment center plan and deliver to the consumer faster. And this will further set Amazon apart from Walmart and other competitors because they can move faster.