What is Marc Lore’s legacy at Walmart? 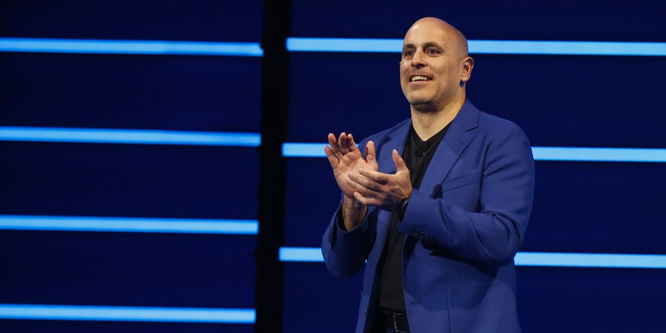 Marc Lore, who has often been credited with jumpstarting Walmart’s digital evolution, is leaving the discount giant after five years.

The retailing giant’s e-commerce chief joined the company in 2016 when Walmart acquired Jet.com, the start-up he co-founded, for a whopping $3.3 billion.

Since the Jet.com acquisition, Walmart’s U.S. online sales have grown significantly, expanding 37 percent in 2019 before accelerating to as high as 79 percent in the latest third quarter as online grocery has taken off during the pandemic.

Mr. Lore spearheaded the redesign of the company’s website and app, transformed its supply chain to support two-day and same-day delivery and expanded online assortments to more than 80 million items from 10 million.

Walmart also acquired a number of digitally native brands, including Bonobos and Eloquii, launched others such as mattress brand Allswell, formed partnerships with Shopify and ThredUp, and added more online options, from curbside pickup to Walmart Express Delivery.

“Marc’s leadership helped ensure we were positioned to respond to the demand driven by the pandemic this year,” said Walmart CEO Doug McMillon Friday in a memo to employees. “All of this progress is the result of good work from a lot of people, of course, but Marc’s expertise and aggressiveness have been game changing.”

Mr. Lore told The Wall Street Journal he had an agreement to leave in five years after Walmart’s offline and online operations were integrated.

Shortfalls under his watch include Jet.com, which was wound down this past spring, and Walmart sold some of the digital start-ups it had acquired, including ModCloth. The Jetblack messenger service was a flop. Continued challenges bringing online to profitability has irked other c-level executives.

Mr. Lore contends that the Jet.com acquisition and other moves have helped Walmart recruit talent and change Walmart’s internal mindset to be able to move more quickly, such as opening pop-up fulfillment centers to support the pandemic’s spike in online demand.

“We set out to sort of change the external-internal narrative that Walmart e-commerce could be a formidable competitor and player in the e-commerce space,” Mr. Lore said in an interview with CNN Business. “I think we’ve done that.”

DISCUSSION QUESTIONS: How much headway has Walmart made competing with Amazon  over the last five years? What do you think Mark Lore’s leadership has meant to Walmart?

"Mark Lore’s greatest impact seems to be on entrepreneurial culture."

13 Comments on "What is Marc Lore’s legacy at Walmart?"

The acquisition of Jet.com and the installation of Marc Lore as the leader helped transform Walmart into an online retailing contender capable of competing with Amazon. That’s a pretty significant achievement. The fact that Lore remained at Walmart for five years is also impressive given how often these types of acquisitions end badly. In retrospect, I believe that both Walmart and Lore should be pleased with what they accomplished together.

Marc Lore’s tenure shouldn’t just be judged by the perceived success of individual acquisitions and initiatives. Lore brought a digitally-focused entrepreneurial mindset to Walmart that encouraged risk-taking and non-traditional thinking. Even so, his departure comes at a time when Walmart is leaning more into partnerships than acquisitions, unifying stores with e-commerce rather than treating them as separate businesses and making big bets on monster categories like health and wellness. Clearly Walmart is pursuing new paths and Lore obviously is as well. Lore helped lay a foundation to enable Walmart’s confident expansion and it’s a perfect time for him to pursue his many other interests.

Marc Lore helped to increase innovation and entrepreneurship at Walmart, especially in the e-commerce arena. Under his leadership, Walmart was not afraid to experiment and try different things. Some of these did not succeed, others did. But the point is that Walmart adapted and moved forward in a way that many older, traditional retailers struggle to do. In essence, it became more Amazon-like in the way it approaches business. That cultural change is probably the biggest single contribution and it is an impressive one that will continue to pay dividends even as Lore’s tenure comes to an end.

Lore’s contribution to the modernization of Walmart’s digital thinking cannot be underestimated. The speed with which Walmart broke into BOPIS, delivery, dark stores in China as a precursor, grocery delivery, etc. all were the best steps by anyone in retail in terms of competing with Amazon. His contract ran out after the Jet deal, but I’m sure there were counter offers that were significant. It’s telling that he turned them down. It will be interesting to see how Walmart continues without this powerful force, it’s not like the 900-pound gorilla is easing up.

Marc Lore helped bring Walmart up to the level at which Amazon operates and competes. I believe what Mr. Lore brought and the companies that came with him helped Walmart innovate and think outside of the box win terms of online retail selling. They (Walmart and Mr. Lore) should be proud of what they have accomplished.

Mark Lore’s greatest impact seems to be on entrepreneurial culture. Walmart would not have been able to meet the moment of COVID-19 without having the culture in place to quickly react and optimize current infrastructure. Walmart is a legit competitor to Amazon and would not be where they are today without taking the digital risks that Lore led.

E-commerce innovation – including pickup towers in 2017 – showed Walmart’s sincere willingness to change, even before the pandemic demanded it.

Walmart still has a long journey ahead (as Amazon is a tech master), yet it’s making many wise plays to get digital, fast.

Titans of industry move slowly and maniacally to defend the status quo, upon which their rise in power is based. Change requires facing a seemingly insurmountable gap in capabilities given a dramatically changing business environment. Yet recognizing the need for change and having the wherewithal to transform defines thriving enterprises from failed ones. Marc Lore provided the necessary DNA to Walmart’s sufficient deep pockets and balance sheet to transform and remain relevant to their customers while expanding their customer base, adding new capabilities, and fortifying existing ones. Speed, informed risk-taking, and customer-centricity will form Marc Lore’s legacy.

I was initially pretty skeptical about the Jet.com acquisition and subsequent DNVB bolt-ons, primarily because investing over $3 billion for a demonstrably bad (and cash incinerating) business, and then dropping probably another billion to buy Bonobos et al. and fund their operating losses seemed a poor alternative to what Walmart could do — and should have done years earlier. When seen as standalone brand purchases they were clearly unsuccessful, but when the longer view is taken, as much as we might argue about how Walmart could have gotten to where they are today faster and with lower cash outlays, the impact that Lore and his team seem to have had on moving Walmart to a much more digitally savvy and harmonized customer experience appears dramatic. Doug McMillon is to be praised for taking risk and embracing the blur that is shopping today.

Walmart made a lot of progress in online sales and competing with Amazon. Mark Lore brought in a culture of faster development and quicker movement toward online sales and delivery than Walmart would have done on its own. The brands that Lore brought in where not a good fit. with the Walmart customer base which is a big reason they failed, However, the IT and marketing talent that came with those companies added to Walmart’s skills base quickly.

Walmart has an advantage that Amazon does not have – stores. As BOPIS, (Buy Online and Pickup in Store) continues to become more popular, Walmart will continue to take advantage of the store assets to distinguish itself from Amazon. Amazon’s push is to make delivery faster to blunt some of the Walmart store advantage.

Walmart realized they were making no progress online and had to change something. Essentially they threw out their online effort and bought Jet to replace it. Interesting as I talked to Walmart vets, what they really wanted out of Jet was Lore. Jet was Lore.

Jet was never going to make it on its own. Walmart understood they must lose billions for years to come to be successful online. They judged that their best option was putting those billions in Lore’s hands.

Walmart has made BIG strides in the online world. They are a formative competitor to Amazon. Walmart has an advantage in the brick-and-mortar world and is starting to take it to the online world, which was a smart move. Yet Amazon’s technology and delivery system is still second to none. Then Lore comes along and starts to make good moves in this area. It’s just my opinion but, even with the strides Walmart made in the last five years, it was really a dress rehearsal leading up to COVID-19. The timing was right as many Walmart shoppers moved from in-store to online. Without Lore’s expertise many of those shoppers may have moved to Amazon.

Walmart has made incredible inroads into e-commerce, making sure it integrated all channels. Their distinct advantage from the start is their substantive retail locations and warehousing infrastructure.

Marc Lore has done an incredible job integrating many platforms in creating Walmart’s new renewed e-commerce rollout. He has taken only the most significant pieces from all of his acquisitions, failures or not, and blended them into a successful online strategy.

Will Walmart continue to gain market share from Amazon? Well, they have lots of competition other than Walmart, such as Target for one. Walmart’s brand, which identifies with the lowest prices on quality goods, is powerful; however Amazon continues to strengthen its fortress, which seems impenetrable.

"Mark Lore’s greatest impact seems to be on entrepreneurial culture."