What is Starbucks baking up with its latest investment? 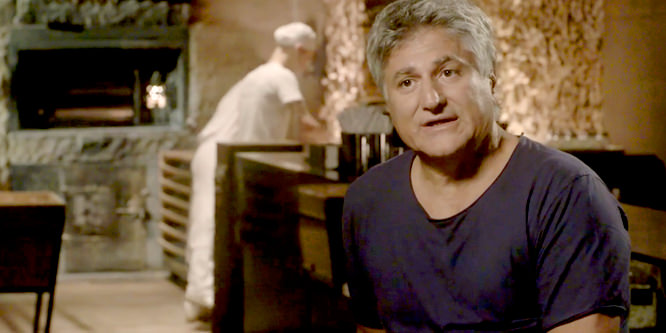 Starbucks announced earlier this week that it was part of a group making an investment in Princi, an artisanal Italian bakery. Starbucks plans to make Princi the exclusive supplier of foods at its new Reserve Roastery and Tasting Rooms in New York and Shanghai. Princi will also be “fully integrated” as the exclusive supplier of food to Starbucks’ new Reserve store concept, beginning next year.

“We have never baked in our stores in 45 years. But all of that will change with the creation of this unique partnership,” said Howard Schultz, Starbucks chairman and CEO, in a statement. “Rocco and his team at Princi possess a passion for handcrafted food and artisanal baked goods that mirrors how I feel about our coffee.”

At the present time, there are five Princi locations: four in Milan and one in London. Mr. Princi opened his first bakery in 1986. Starbucks, according to The Seattle Times, currently has about 2,000 Reserve stores operating around the world.

This is not the first time that Starbucks has invested in a bakery. In 2012, Starbucks acquired La Boulange, a San Francisco Bay-area pastry chain, with the goal of taking it nationwide. By mid-2015, Starbucks announced it would close all 23 La Boulange locations. La Boulange has continued to operate as Starbucks’ primary food provider. Starbucks posted double-digit year-over-year growth in its food sales, which now represent about 20 percent of the coffee chain’s total.

DISCUSSION QUESTIONS: What do you think of Starbucks’ plans for Princi? Do you think Starbucks and Princi will be able to maintain the quality of product now served in five locations when extended to thousands?

Please practice The RetailWire Golden Rule when submitting your comments.
Braintrust
"Starbucks will have to find a way to commercialize the product and thus, in all likelihood, remove some or most of what makes it artisanal."

"Scaling artisan products is an oxymoron, isn’t it?"

"Introducing an on-premise bakery is not an easy task. It requires remodeling in the kitchen."

19 Comments on "What is Starbucks baking up with its latest investment?"

Size matters. It can be a good thing or not, depending. This is a lesson all businesses have learned. It is one thing to serve an exceptional handcrafted food item in a limited number of locations with a dedicated staff. It is quite another to try to replicate that in hundreds to say nothing of thousands of locations.

In order to do the latter Starbucks will have to find a way to commercialize the product and thus, in all likelihood, remove some or most of what makes it artisanal. This does not mean that it won’t be good and something that finds commercial success, but it will not be the same as what the four locations serve today.

The magic question is always “can you maintain quality control at scale?” Not just with food, but pretty much with everything we sell.

I think this is a great idea and brings Starbucks into a richer market (if possible). Hopefully, they can find a way to manage the quality because if they can, it’s a winner.

As one who enjoys the non-coffee offerings at Starbucks, I am hoping for a winner too.

It will be difficult for Starbucks to retain the qualities and uniqueness that make the product artisanal as they move from handcrafted to commercial. Hopefully they can hold on to enough characteristics to still offer a compelling and differentiated product that is appealing to shoppers.

Introducing an on-premise bakery is not an easy task. It requires remodeling in the kitchen. If I were going to do that, I would test it VERY slowly. Better to have Princi be the provider of freshly baked goods daily and DELIVERED to Starbucks regionally. There is a sufficiently dense concentration of Starbucks locations to have regional bakeries. It’s one way of making sure that quality and uniformity of product are maintained.

I think it’s a very niche investment. Quality control certainly will be an issue. And will the smell of baked goods overtake the coffee aromas we’re used to when we walk into a Starbucks? As a chain-wide initiative, I think bringing in the ability to offer in-store baked items is valuable. Consumers want high-quality food items, especially at a retailer where they’re spending top dollar on their daily caffeine fix.

Scaling artisan products is an oxymoron, isn’t it? Hoping Starbucks learned from their Boulange experience. It’s a great idea and would drive traffic and sales … if they can execute.

Yes it is. Wish I had said that, Patricia! Fits exactly with what I was thinking in my commentary.

Good question and point Patricia. Question is … would 90% artisan and 10% to enable scale be good enough? I think Starbucks is smart enough to not let the perfect be the enemy of the good — and seems to have made that work many times over already.

Everything that will ever be possible is already possible. Whether or not Starbucks and Princi access that possibility is another question. Baking gets down to tested and addictive recipes and natural, chemical-free ingredients. When you have people who have a baker’s soul (as distinct from having a job in a bakery) and you have those quality ingredients … it should work. However these recipes, if truly artisan, were probably originally designed for a large Italian family dinner, and don’t necessarily scale to huge vats with ingredients dumped in with a front-loader. That may be the concern as far as scalability goes. The spirit of your Italian grandmother’s hands have to be in there somehow. Know what I mean? Replicating recipes is one thing … replicating soul is quite another. It can be done. So why not have Princi bakery hubs, each serving several dozen Starbucks and being directly accessible by the public at the same time? Keep the process honest and don’t try to automate everything just to make more money. Does that work as… Read more »
1
|
0
-   Share

Excellent point Ian. Starbucks is trying to grow sales by investing in this bakery concept that most likely will fail, unless they designate someone with the skills to bring the product to life, just as the bakery does, which will be very difficult to replicate. My recipes for our salads and signature baked goods are prepared right here on the premises, thus giving me and my staff the control we need to keep the products perfect every time. The one thing that could work for Starbucks is if Princi produced a par-baked product that needs finishing at the store level, with some garnishing of olive oil or cheese, and that could be a hit. You can control the baking better and spread out the production based off-peak demand for the product, which keeps it very fresh, as it only has a one-day shelf life. The commitment to Fresh is always the goal and quality is a must if you are going to command the prices they want to put on the breads. Have a great… Read more »
2
|
0
-   Share

I thought of you immediately in reading this item, Tony, and knew you understood what I’m talking about. BTW…you promised me your lasagna recipe 423 days and 14 hours ago…but whenever you have the chance! Not sure I can replicate it, but am eager to try. You have a good weekend too.

Email me, as I have a short memory, and I’ll get it to you. Sorry Ian!

The points others have made about serving and delivering to the stores at the regional scale make sense.

In other comments on other entries I’ve made the point about how companies like Walgreens, REI, etc., are developing flagship stores apart and special from the typical version. Obviously Starbucks is already doing this.

Best to make this an element of those offerings, maybe even exclusively to see how it works out. If great baking worked at scale, we’d have such artisanal bakeries already functioning. The closest we have to it are Panera and Great Harvest Bread Co. (Then again, the lack of good local bakeries has led me to take up baking for myself. The output isn’t as pretty as a great bakery, but tastes a lot better than a lot of the product that’s out there.)

Centralize a bakery in a hub fashion around a dozen Starbucks. Yes, this does create new logistic issues. Baking, especially artisan, is in many ways an art form. If Starbucks has to outfit a bakery operation in all 12 of those locations and then ramp up and maintain training of personnel, product times, etc., they are going to experience greater operational problems than the logistics ones.

With a centralized bakery, Starbucks/Princi will be able to experiment with a greater variety of products. In addition, that bakery could serve as an added supplier to specialty restaurants in the area.

The plan calls for a bakery in each store. Test a couple of markets with the central bakery concept. The Melman organization in Chicago has been able to place a number of products from their Chicago bakery into their restaurants in a successful fashion. Use that highly successful restaurateur’s model as a guide.

In theory I like this. It gives Starbucks another identifiable food experience beyond coffee. The question that is being raised by fellow BrainTrust colleagues is the first thing that came to my mind. How do you scale this to all stores, big and small? (Small stores are more the concern.) I don’t know if every store can bake, but perhaps some stores can become distribution centers for the others that can’t.

Taking a localized, low volume, quality baked product to mass production is difficult, but on behalf of all of all those who appreciate the baked goods over the coffee, I hope they succeed.

Full disclosure – I am not a coffee drinker, but am a regular client of Starbucks for non-coffee products and services, including predictable internet access and great place to meet co-workers and friends in a convenient environment. What does it take to stay relevant, profitable and ultimately successful – innovation of course. Several have made good comments related to innovation already. Here are my thoughts: A lthough not a new idea, even at Starbucks when it comes to coffee, vertical integration of baked goods is an innovation of Starbucks current model. Starbucks already sells. and sources, a lot of baked goods. This gives them a chance to have even more “hands on experience” (all puns intended on a Friday) with the manufacturing, delivery, scaling, and customer experience with high quality baked products. Can artisinal be done at scale? I believe so as my local supermarket, Harris Teeter, seems to have done a nice job of it with bread themselves. It’s not exactly the same as the local one store french bakery, but its 90%+ at… Read more »
0
|
0
-   Share

Starbucks has to create a food product equal to their coffee. It shouldn’t have taken this long. On the other hand, Starbucks’s greatest feat is replicating processes. No reason to believe they can’t do the same with a bakery.

Braintrust
"Starbucks will have to find a way to commercialize the product and thus, in all likelihood, remove some or most of what makes it artisanal."

"Scaling artisan products is an oxymoron, isn’t it?"

"Introducing an on-premise bakery is not an easy task. It requires remodeling in the kitchen."