What should a retailer ask at an exit interview? 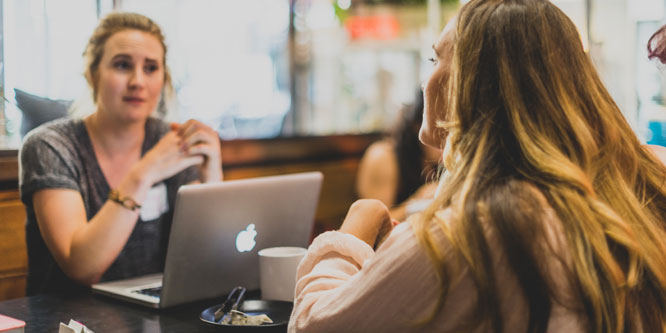 At Patagonia, exit interviews don’t start by asking why the employee is leaving but what inspired them to join in the first place.

“After that it’s, ‘Did we do that?’ ‘What was the experience we delivered for you?’ ‘Where was the difference in that?,’” said Patagonia’s chief human resources officer Dean Carter last month at Qualtrics X4 Experience Management Summit in Salt Lake City, according to Quartz.

The goal is to “hear their story” and avoid as much adversarial conversation as possible.

“Sometimes,” added Mr. Carter, “we’ll both be crying over where we both missed the experience [for] Patagonia.”

Mr. Carter noted that he’s fortunate to have the time to conduct such extensive interviews. Patagonia’s turnover rate at the corporate level is only four percent annually.

Exit interviews offer opportunities for employers to gather insights into the workplace, including identifying problems with specific managers or shortcomings with a company’s culture or resources. An exiting employee should presumably be allowed to speak freely without fear of reprisal.

According to Harvard Business Review (HBR), however, exit interviews are often unproductive because exiting employees can be fearful of burning bridges and undermining their future career prospects. Some firms use anonymous surveys to gain more honest answers.

Many departing employees, according to HBR, have already “checked out mentally” by the time of the exit interview and fail to provide meaningful feedback.

Some employees may also become annoyed the employer didn’t seek out their feedback well before their exit.

For their part, those doing the interviewing may want to avoid a tense situation and they may be biased. A formal process for responding to any actionable insights from such interviews is often missing at firms.

Finding time for an exit interview with so many exits appears to be a particular challenge for retail. A survey of retail HR executives from Korn Ferry that came out last November found part-time hourly store employees had an 81 percent turnover rate on average. Retail corporate positions saw the lowest turnover rates at retail, at 15.6 percent.

DISCUSSION QUESTIONS: Are exit interviews more practical and valuable at the store level or at the corporate level? What tips would you have for managers who administer them? What questions should they ask?

Please practice The RetailWire Golden Rule when submitting your comments.
Braintrust
"The bigger lesson learned from the HBR research is that employee feedback on job satisfaction has to be regularly and routinely sought while on the job. "

"I encourage all my clients to read reviews about their company on Glassdoor and Indeed and learn about what is going on at the store level."

"Everyone continually rattles on about listening to the customer. Shouldn’t it then be obvious that it’s just as important to listen to your staff?"

12 Comments on "What should a retailer ask at an exit interview?"

At the store level? I can’t believe retailers would spend the time and money even bothering. We haven’t yet reached the point where in-store employee retention matters or, if we’re honest, is even desirable for many retailers.

That may change and, ultimately, it’s going to have to support a positive in-store experience, but I don’t think we’re there yet.

So right however, it is a can of worms that needs opening. I have always thought retailers could add a couple of questions in correspondence pieces to employees to keep a dialog going. It would be a start. For my 2 cents.

Sorry, I find the idea of exit interviews at the store level almost laughable for most retailers. 1.) we don’t hire enough staff, 2.) we don’t train the store associates 3.) we expect them to work whenever we want them to without listening to their needs for scheduling 4.) we require them to do tasks nonstop and yet want them to tend to customers. Then they are leaving the company, and we want to find out why? I encourage all my clients to read reviews about their company on Glassdoor and Indeed and learn about what is going on at the store level. Also, visit stores and speak to the associates themselves informally, ask the right questions and listen to their answers. As for the corporate side, that is a different story, and at the corporate level exit interviews can be helpful especially if there are issues regarding the corporate culture which tends to be very common, yet something that can be improved. However, in all cases applying a bit more common sense both at… Read more »
1
|
-1
-   Share

Mr. Carter and Patagonia certainly have their strategy on target. Sometimes problem employees are a hard task to interview and somewhat inaccurate with their emotions at these interviews. However, regardless of the reason for leaving, exit interviews are an opportunity to dig for gold and uncover issues that would otherwise never surface. The biggest suggestion I have for exit interviews is to ask the BIG question: “What one thing would you change in our business that would have made your job or performance better?” That question gives them permission to be brutally honest and give information that normally will never be uncovered.

Sounds like the most important point here is the feedback loop before the situation rises to the level of a departure. What is the internal listening and learning process? Is there one? Is it safe? How is toxicity rooted out and dealt with? I have to believe most companies have an external listening and learning process. Competition. Market dynamics. So what is the internal process? Is there actual teamwork in place? Or silos? Internal competition? Turf protecting? Exit interviews are great, but they are not the same thing as building and managing culture.

Not sure they add value at the store level. However, if I were to ask one question in any exit interview at any level, it would be “what would you change if you were in charge?” The bigger lesson learned from the HBR research is that employee feedback on job satisfaction has to regularly and routinely sought while on the job. It should be viewed as a non-threatening opportunity for manager and employee to address circumstances which might lead to the resignation of an employee the organization would like to keep. This feedback session should not be tied to regular employee performance reviews.

Exit interviews should ideally be the final chapter of a journey that included recruiting, robust and continuous training, check-ins, surveys and benchmarks along the way — alone it’s just too little, too late. As the last step along a 20- or 30-point journey as an employee, it makes sense, as long as you’re willing to listen and actually implement changes.

Everyone continually rattles on about listening to the customer. Shouldn’t it then be obvious that it’s just as important to listen to your staff? If the staff experience stinks, so will the customer experience.

You can’t solve a problem without understanding why it exists in the first place. Employee turnover is a major problem for retail. Doing exit interviews makes perfect sense. And don’t even attempt to run up the flag that you don’t have time. If you don’t have time for your staff, you’re way off the path to success at store level.

In retail your front line is your bottom line. Associates are who shoppers interact with every day. They see things people working at corporate level never will. And yes, checking in with associates often to get a feel for what’s happening on the sales floor is important as well. Yet I wonder how many retailers actually do it.

The people who are charged with creating those memorable in-store experiences have a voice, it’s management’s job to listen.

It might not be practical to do blanket exit interviews at the associate level, but certainly there are important observations to be learned at this level. Georganne rightly points out that these people are the face and voice of the brand to the shopper. Surely we can learn from them.

In my department store days, we were in the branch stores every Wednesday. Not to do exit interviews, but as part of the ongoing “listening and learning” process. It all comes together on the sales floor. People and product. The spread sheet can tell us what sold. Maybe the associate can tell us why it sold. Store associates are not just replaceable fodder. They are supposed to be assets.

Yes, retailers should spend the time and money to conduct exit interviews at the store level. These people are the face of the retailer and they are whom our customers interact with whenever they shop our stores.

Store level employees matter. If you think they don’t matter, you probably shouldn’t be working in the brick and mortar sector of retail. Brick and mortar retailers need to figure out how to retain good workers in order to compete with other brick and mortar stores and online retailers. It just makes the customer experience better.

In order to get the best feedback, give them plenty of options to be heard. Encourage them to sit down and have an exit interview with you, use Glass Door, ask them to fill out an anonymous survey or tell them it’s okay if they don’t want to participate in an exit interview.

There are many reasons people leave — and many reasons they are asked to leave. The exit interview can give interesting insights into what could make the culture better, but it has to be the right employee being surveyed for it to have the most impact. When a good employee puts in their two weeks notice, that’s the time to be asking, “Why is someone this good leaving? What could we have done to make them stay?” They “WHY” behind why your best employees leave is an opportunity to learn and improve the employee experience, which can turn into employee loyalty.

Braintrust
"The bigger lesson learned from the HBR research is that employee feedback on job satisfaction has to be regularly and routinely sought while on the job. "

"I encourage all my clients to read reviews about their company on Glassdoor and Indeed and learn about what is going on at the store level."

"Everyone continually rattles on about listening to the customer. Shouldn’t it then be obvious that it’s just as important to listen to your staff?"